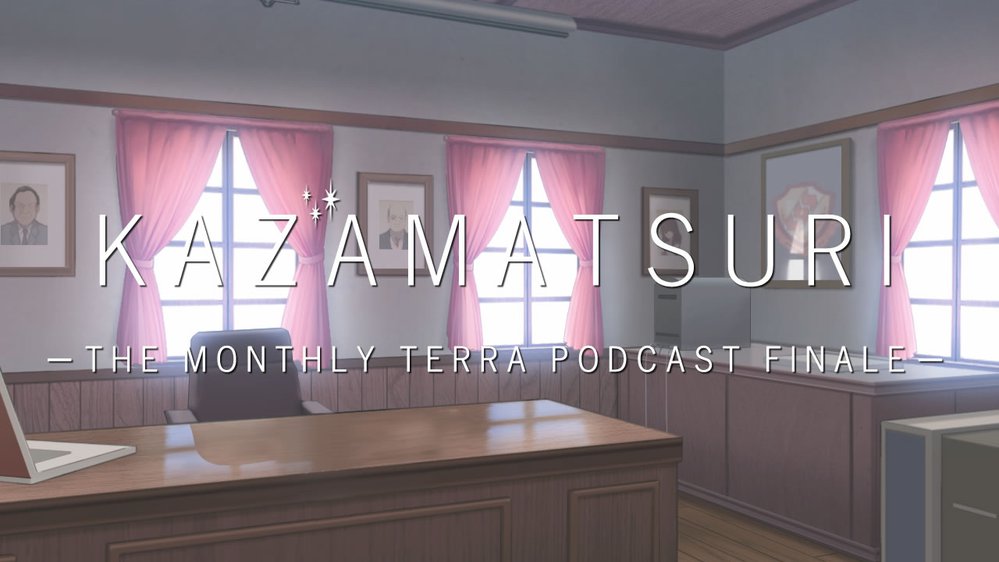 It’s been a long time coming, but after lots of discussion, we’ve decided to bring The Monthly Terra Podcast to a close. We found the videos weren’t serving the right purpose for us, and we believe our efforts would be better served transforming The Monthly Terra into a some different forms.

Firstly, we’re working on a newsletter to keep our members up to date on everything happening at Kazamatsuri at a glance at the end of each month, and we’ll also be hosting shorter, more spontaneous Podcasts to talk about more specific topics, whether it be getting together to discuss some big news that just broke, or simply joining together to discuss a topic of interest, like for example a debate on which Key game is the best, or a discussion of how death is treated in Key games. So, while The Monthly Terra Podcast is coming to a close, don’t worry because we have much better things are planned for the future!

In the meantime, we hope you enjoy this final sendoff. As the finale, this episode will cover the months of August, September and October of 2015. Your hosts for this final episode are Aspirety, Bizkitdoh and Pepe. Thanks for your continued support everyone, and we hope you’ll join us for much more content in the future!

As always, you can subscribe to our xml feed here, or download an mp3 of the podcast here.