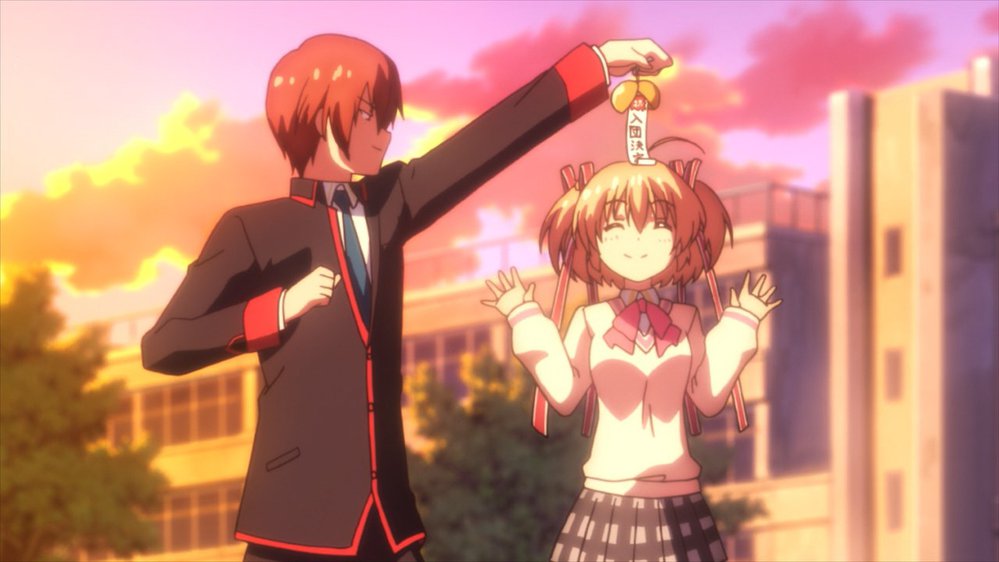 With the end of 2016 comes the time to announce the winners of our very first Kazamatsuri Awards! Your nominations have been processed, your votes have been tallied, and we’re proud to announce the winners of each category, plus some other notable mentions. Voting was tallied across two topics: The general Voting topic and the Busters-exclusive topic. When there’s a disparity between the results of the two groups, we will say so, otherwise there was no difference in the winners between the two. We’ve also included runner ups and staff picks in the list to keep things interesting, as well as some original categories I thought up on the spot.

At the risk of sounding narcissistic I should mention that I myself was nominated for some categories, but I rejected the nominations because I don’t want to see myself represented in an awards for my own site. I’ve created this for you guys, and seeing you all enjoy Kazamatsuri and taking pride in what I’ve made is enough for me. Being included in these nominations is unnecessary.

With that said, time to announce our winners! Let’s start with the secret categories.

Responsible for many awesome efforts on Kazamatsuri, Helios gets shit done. But of particular note is his efforts in translating lots of Japanese text for us, even going so far as to provide English translations for the planetarian voice dramas: Jerusalem and Tircis and Aminte. His current project is less a translation and more an original work, but we’re hoping his Key board game project sees success. Thanks for all your hard work Helios, we love you for it! 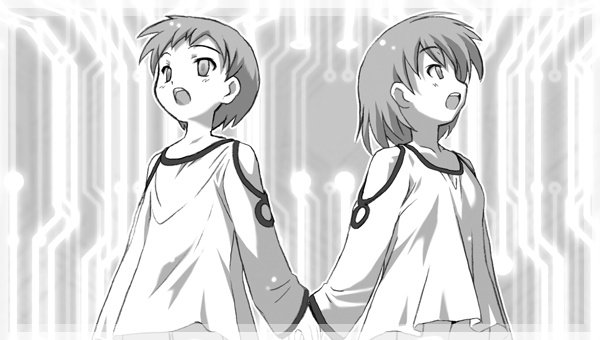 Takafumi is another member who has managed to get a lot of shit done around Kazamatsuri, especially in the earlier years. Some of his most notable achievements include the Little Busters! Suginami Mod, his RLDev for Dummies tutorial, and his Siglus Hacking efforts with Angel Beats! -1st beat-. If there’s anybody on Kazamatsuri who knows their way around Key’s game engines, it’s this guy. 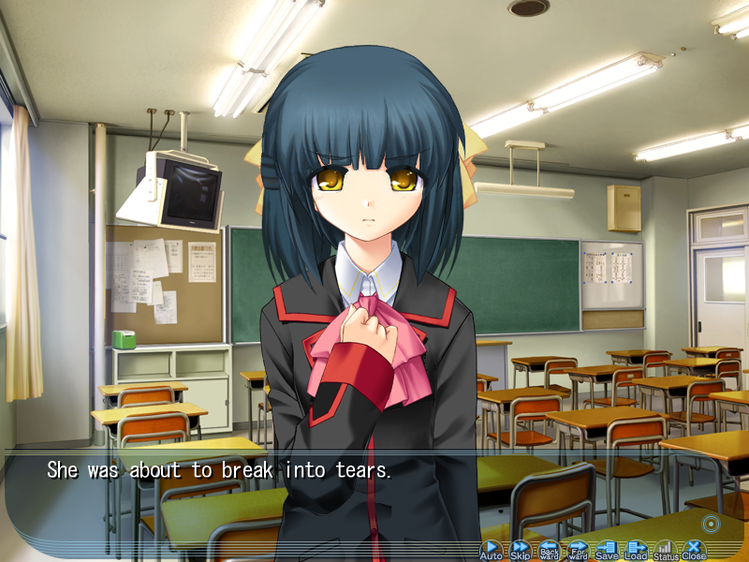 Statistically, Pepe has more forum posts than any member of Kazamatsuri! You can’t get far without seeing our buff admin’s face around. Many of us wish we could aspire to Pepe’s level of forum activity!

Statistically, the member with the highest ratio of posts to likes is our SuikaShoujo! Bringing her awesome vocal covers together with fanart and some awesome discussion, it’s clear to see why she’s so popular!

Now onto the results of the voting!

The Little Busters! Aphorism Generator has been a huge hit with our community since it was first created, with any number of dumb quotes made in our Discord becoming instant aphorisms. The project was initially conceptualised by Uppfinnarn, but was later completed by Bonecuss.

The Buster vote however goes to the Little Busters! Minecraft Build, a project that has been in the works since the early days of Kazamatsuri. Technically pretty much done, we’re just sorting out some final details before we open the server to the general public. The Minecraft Build was a collaboration between myself and Bonecuss, with help from Rabla, Nin, Gurluas and small help from a bunch of others. Please look forward to the final product! 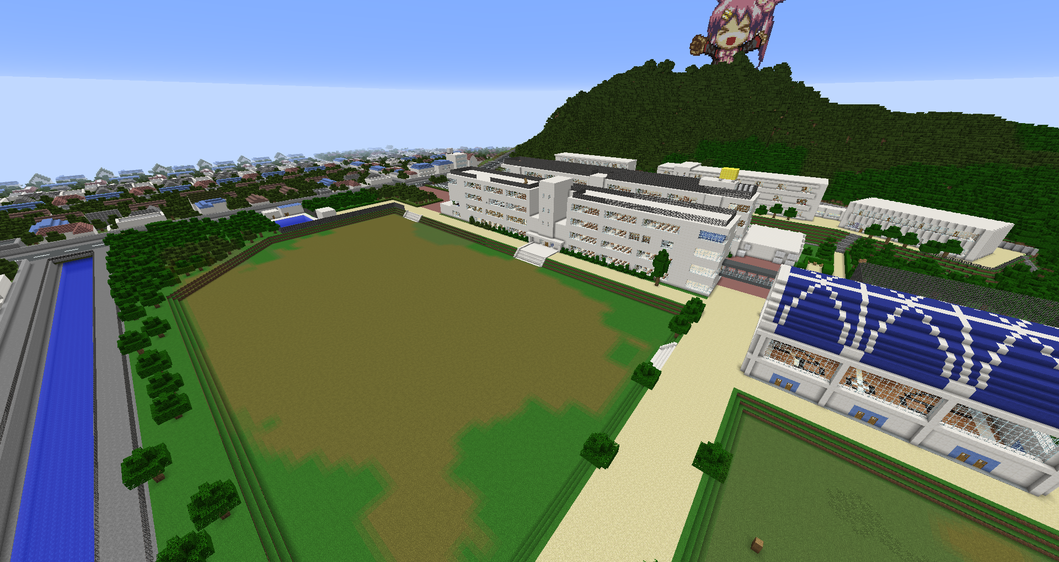 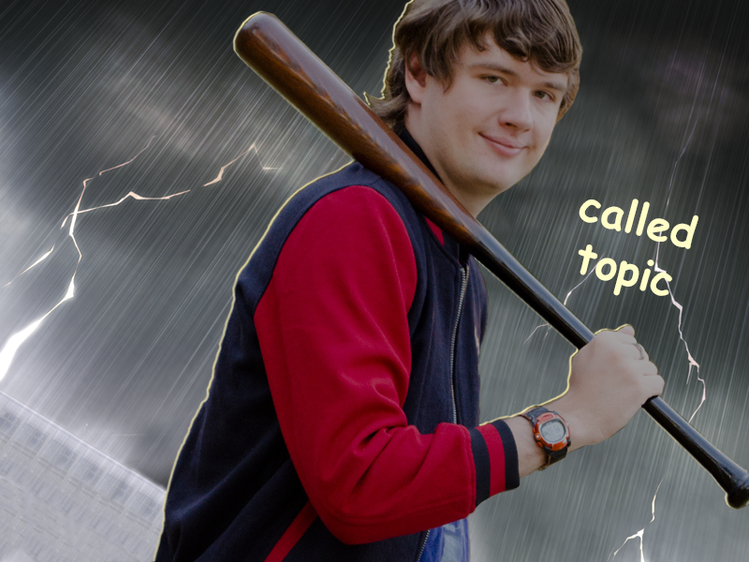 This one was, regrettably unanimous. The Kazamatsuri community love to photoshop my face onto all sorts of things. Try to escape it as I might, it seems the admin’s face is just too memetic. I CAN’T HELP IT GUYS.

Runner up for this one was the more recent Disappointed Kitagawa meme, based on the single-expression character from the Kanon visual novel. Our members decided that while his one face can communicate a thousand emotions, it seems most fit to express disappointment. It even has it’s own emoji. 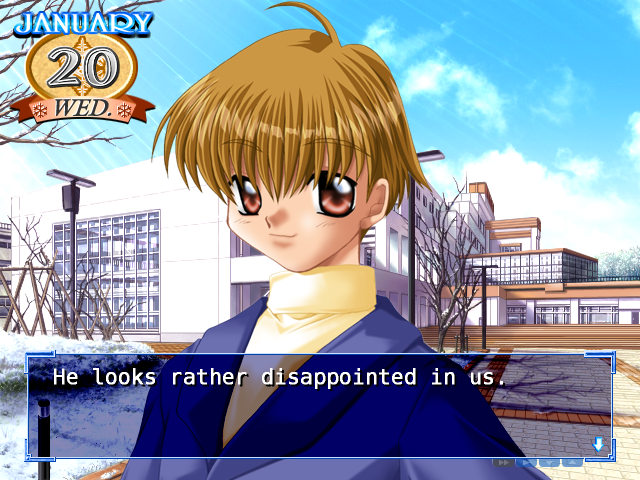 This one was undisputed. The golden opportunity of getting to interview Sekai Project’s CLANNAD Team, and involving the forum to generate questions to ask was such a golden success that it was bound to get the vote. Let us know if you can think of any other articles deserving of this acclaim! 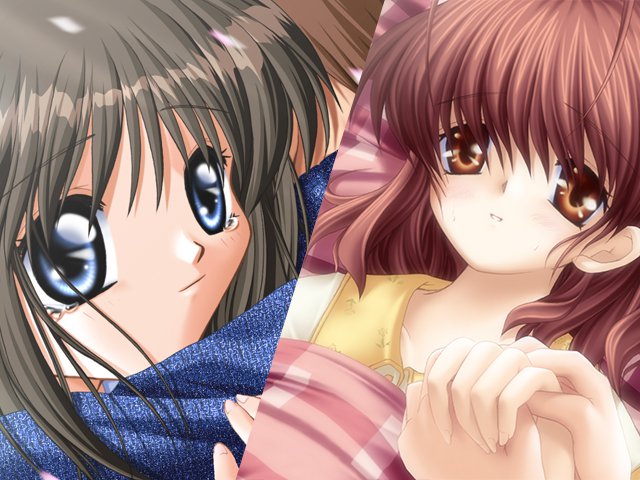 This was a category which saw a huge disparity between the popular and buster vote. After Story was the least voted among Busters, but Shiori was the lowest on the popular vote. Why the disparity? Hell if I know, but they’re both really solid podcasts and both deserve a listen!

This was another unanimous vote, going to the hilarious concept of trying to present the most ridiculous theories about Key games possible. Everyone has heard crazy theories, and this topic is a tongue in cheek way of playing with that concept.

The staff team also wants to draw attention to the Key Game Audio Files topic, in which members can post and request voice files extracted straight from Key games. Thanks to that topic, we have the likes of Yukito’s “Ramen Set” and Kyousuke’s “Called Game” as wav files to play around with. Props to HeliosAlpha for contributing so many files to that topic too! 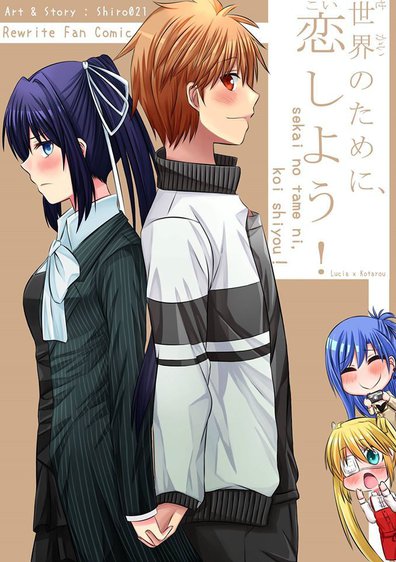 By quite a significant margin, Whitecrow has earned the award of best artist for his amazing fanart and manga illustrations. Look no further than his Rewrite doujin for an example of his work. That said, we couldn’t go without mentioning chesca’s visceral watercolor art, which has helped make our Bookclubs that little bit more amazing. Major props to both of you, and to all of our talented artists! 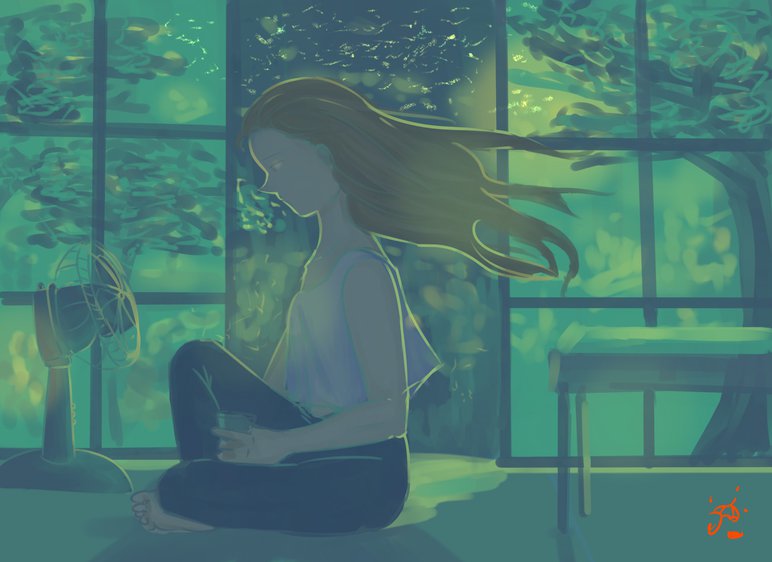 SuikaShoujo has earned the praise of many Kazamatsuri members thanks to her impressive collection of Key vocal covers she’s built up over the years. But we can’t go without mentioning the work of Glenn_Irish, who just recently uploaded a group cover of Charlotte’s Yakeochinai Tsubasa, playing the keyboard and producing the final song. We have some serious talent here at Kazamatsuri!

Uppfinnarn is the webmaster of Kazamatsuri, keeping everything running and working hard to improve Kazamatsuri’s infrastructure every day, yet she doesn’t post that much! Despite this, she’s clearly earned a place in the hearts of our community, as so many voted for her as the most beloved lurker of Kazamatsuri.

However, we decided to crunch the numbers and found that Rincchi is by far the best lurker statistically. Rincchi has read a whopping 36,900 posts on the forum (even more than me), yet she’s only posted 116 times! We couldn’t let this astonishing accomplishment in lurking go unnoticed. She’s such a good lurker that nobody even notices her! We’d love to see both of you post a little more, or even like some posts, so don’t be shy to let yourselves be known! Nonetheless, well done on being our top lurkers.

There’s no debating our admin Pepe’s niceness. He’s super friendly and welcoming to everybody, and always works hard to ensure all of our members are treated fairly and enjoying their time at Kazamatsuri. And of course, there’s all of the selfless efforts he’s put into representing Kazamatsuri in Japan and deliving items to fellow members from Japan! Pepe is a super nice guy, no doubt about it.

Enter runner up RyuuTamotsu. He hasn’t been around as long as Pepe, and is a lot quieter, but make no mistake that he’s more than deserving of the acclaim of nicest member. Along with taking up Pepe’s responsibilities in Japan and generally just being a super nice person to talk to, he even went out of his way to buy free Chibimoths for a few members on a whim one day! You don’t meet many people as nice as RyuuTamotsu, so I felt like we couldn’t not include him on the list.

Joining in 2016, BlackHayate02 is a relatively new member who’s left a huge impression on the community! Her active involvement in Bookclubs with both fanart and discussion, and her friendly and appealing nature have left a mark on all of us, earning her the award of best new member. Khsellhu is a much newer member, and is already cementing his identity in the community through various contributions, such as subbing the Rewrite IgnisMemoria PV. Looking forward to much more from them in the future!

Nobody will argue that Kanon is one of our most, if not the most hilarious member on the forum. Whether it’s his eloquent rants on Key’s stories to the sarcastic conversations you have with him, somehow everyone’s a fan of Kanon.

We’ve also decided to give an honourable mention to LinkThinks. He may not be that active recently, but he’s been at the centre of so many community laughs since the early days of Kaza. Anybody who remembers the CLANNAD and AIR movie nights will remember all the jokes LinkThinks spawned from those events. We miss you Link, bring back the laughs! 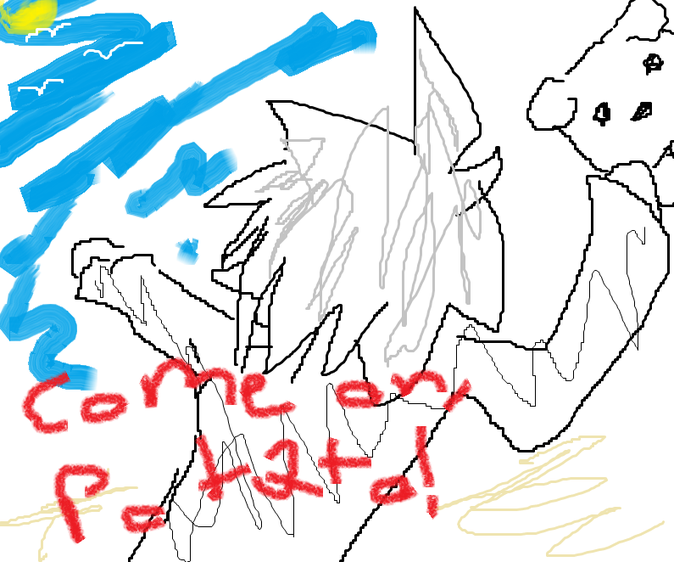 This was a tough category to vote on, but the community settled on therationalpi! His posts may be few in number, but whenever he posts you just know it’s gonna be something amazing. The insight he’s brought to each Bookclub discussion has been irreplaceable, and always gives us lots to think about.

For runner up we have Naoki_Saten, who has been bringing forward awesome discussions since the very early days of Kazamatsuri, and even earned himself the title of Charlotte Anime Bookclub MVP. There’s no doubt that these are two members who have always stimulated discussion in super interesting directions. 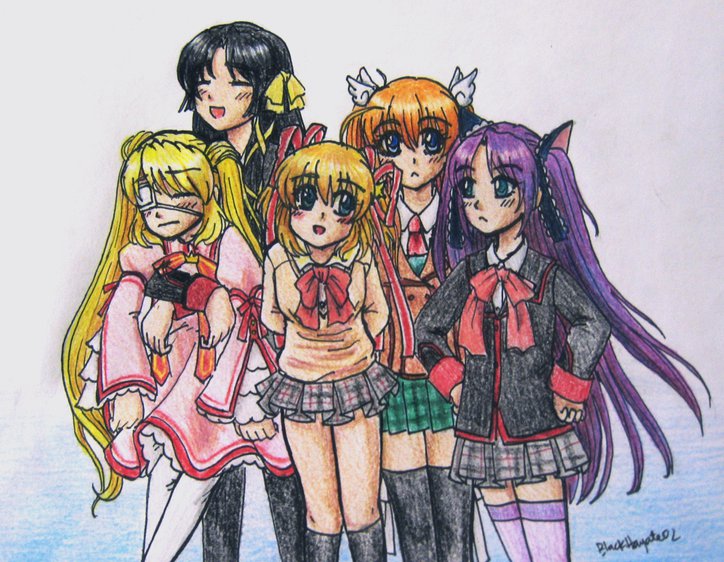 For the prestigious award of Best Girl, forumer BlackHayate02 has been chosen! Her contributions to discussion, fanart and the community at large cannot be understated. Since she joined, she’s been a driving force of Kazamatsuri, and we’re a better place for it! Thanks for being such an amazing member BlackHayate02!

Runner up goes to Kyuketsukimiyu, who as well as contributing some awesome discussion to Bookclubs, has also worked tirelessly on making the forum and website look pretty. We have her to thank for all of the recent Kazamatsuri logos, so she definitely deserves the praise! 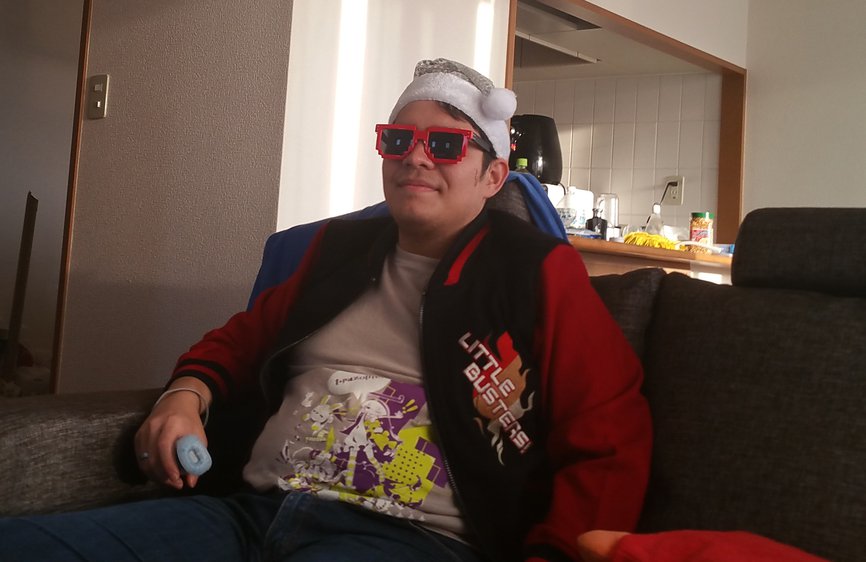 If there’s one thing that’s been made clear in these polls, it’s that not only is Pepe our most active member, but he’s also our most beloved. Everyone loves our buff admin, thanks to his awesome contributions on the forum, blog and otherwise. Everybody loves Pepe, and they have good reason to! Without him, the Kazamatsuri we know today would not exist.

Runner up for this category was RyuuTamotsu, Pepe’s protege and all-around nice guy. I think we’ve already covered why Ryuu is pretty great in the Nicest Member category (which happened to overlap with this quite a lot), but basically, Ryuu is the gift to us all that keeps on giving.

Congratulations to all who won awards, and thank you to our runners up and those who did not make the list. You have all contributed to this unique little slice of the internet we call a family, and I’m thankful for your continued support. Entering the year 2017, let’s look to the future with confidence and spirit, in the hope that we can create many more good memories together, so that we can look back on 2017 with a big smile. The first chapter of Kazamatsuri is over. The next chapter is about to begin. Let’s make our 2017 even more amazing than years past. Mission Start!