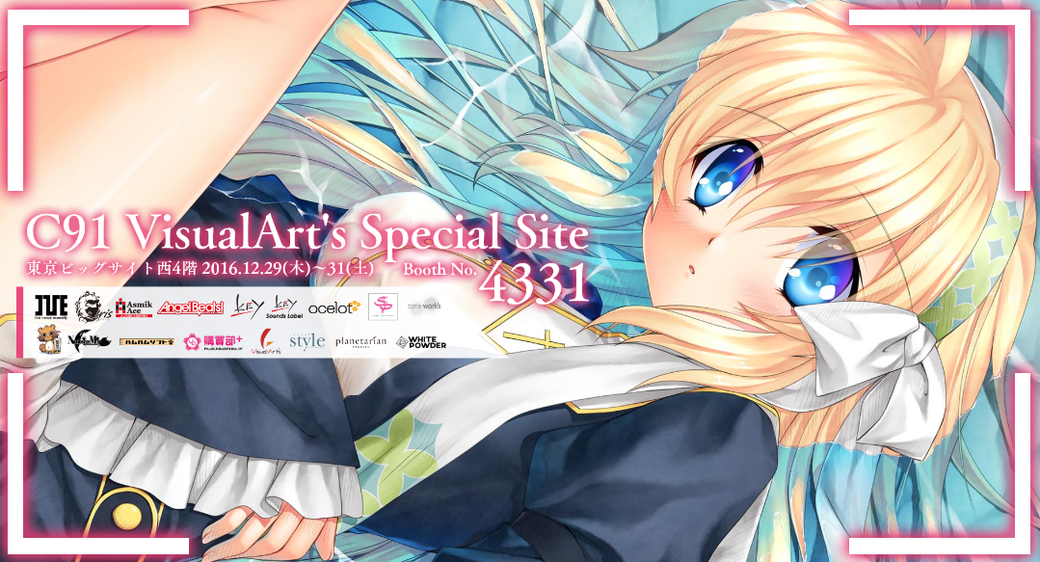 December 29, 2016 marks a joyous event for anime fans in Japan and across the world: the 2016 Winter Comic Market, AKA Comiket 91! And with this being winter comiket, that means one thing for us Key fans. That’s right, VisualArt’s has a booth, with a whole lot of goods in store for us! You can check out a full list of their goods on the official website or keep reading for a summary of the goods. 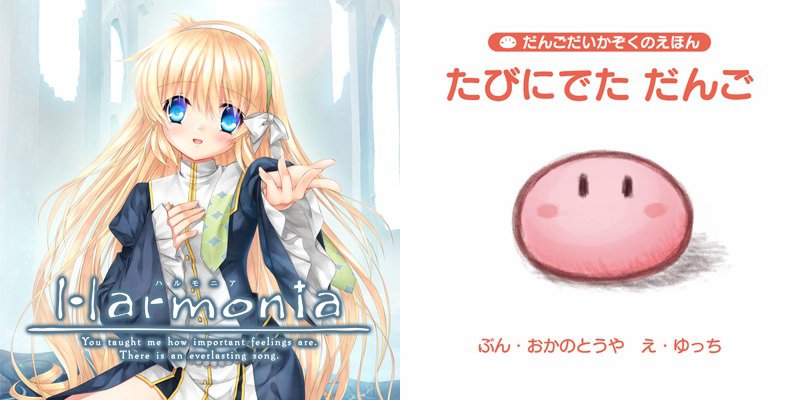 First up is a mainstay of every year’s comiket: The Key set! And it’s a very exciting Key set they have up for grabs this year. The most notable item included is, that’s right, the Harmonia Japanese version. This’ll be the very first release of Harmonia in Japan, and the very first physical release of the game, as well. It also includes the traditional Key Calendar, with this year’s offering being all based on Key’s recent anime series. A few more goodies are up for grabs too, like a CD based on Lucia and Chihaya’s idol career, a Dango Daikazoku picture book, and another, yet-to-be-announced book. Pretty sweet deal for 5000 yen, and probably one of the best Key sets I’ve seen so far! 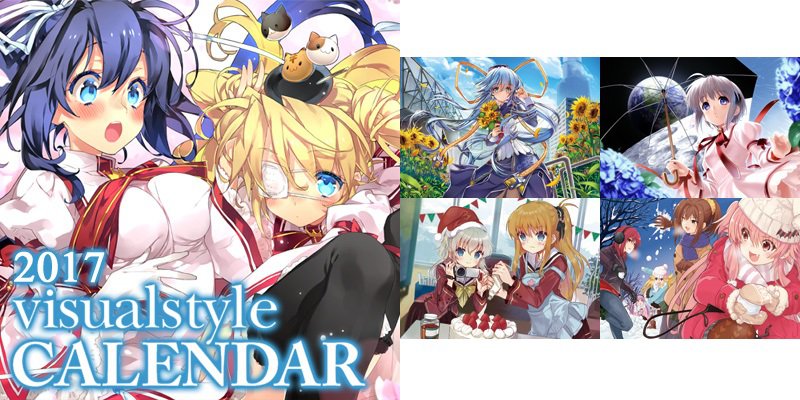 Next is also a mainstay of comiket: the 2017 visualstyle calendar! As always, this calendar is filled with fanart showcasing Key’s different series, with artists such as ZEN, GotoP, Miyoshino, and others providing pictures to adorn your wall every month next year. If you just want a calendar, this costs less than the Key set, sold at 2000 yen. 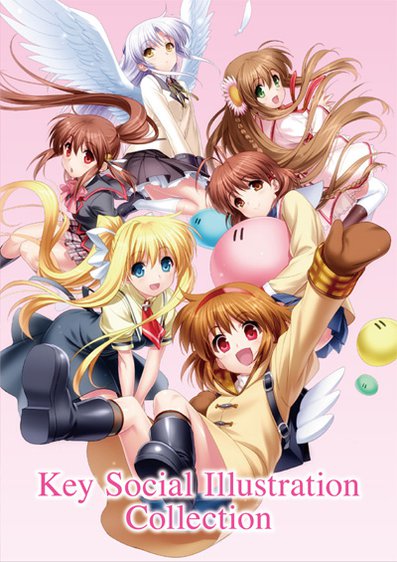 For books, they’ll be releasing a new Key Social Illustration Collection, featuring art from Key’s numerous mobile games, namely, Key Collection, Little Busters Card Mission, and Angel Beats! Operation Wars. While all these games are now defunct, their high quality fanart lives on with releases such as these. This will also be sold for 2000 yen. 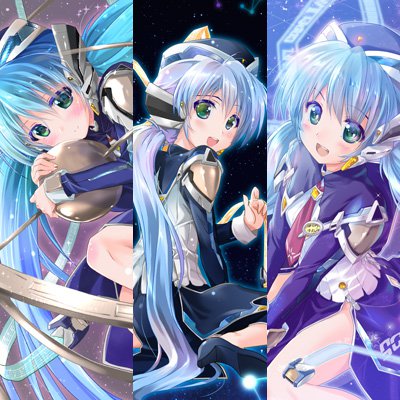 planetarian is also having a small release, at least compared to C90, with a set of 3 clear A2 posters, with art made by Eiji Komatsu himself, as you can see above. At 3000 yen, this makes it around 1000 yen for each poster, which is a pretty good price. 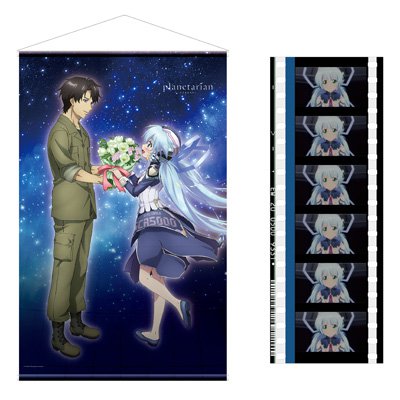 Also featuring planetarian is a totally adorable tapestry featuring Yumemi and the Junker, which comes with a film sheet from the movie, priced at 3000 yen. 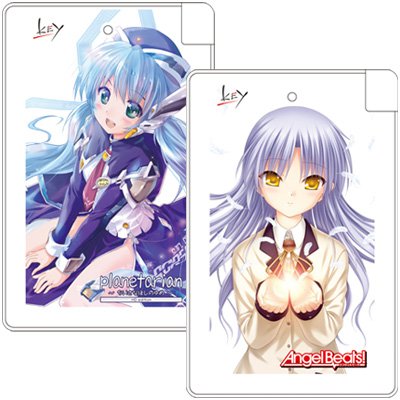 Also up for grabs is a 2500mAh powerbank featuring Yumemi and Kanade on each side. Good companion for any Key fan who needs extra juice on their smartphones. Sold at 3000 yen, a pretty standard price for anime-designed powerbanks. 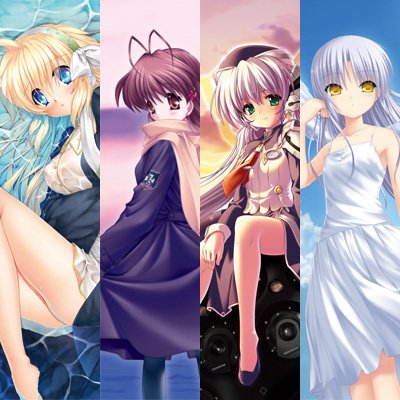 Now for the big one. Remember the Kakejiku that they sold at overseas events earlier this year and last year? Well they’re bringing that to Japan this time! Featuring Shiona, Nagisa, Yumemi and Kanade, and priced at 76000 yen, this is something for only the most dedicated of Key fans. 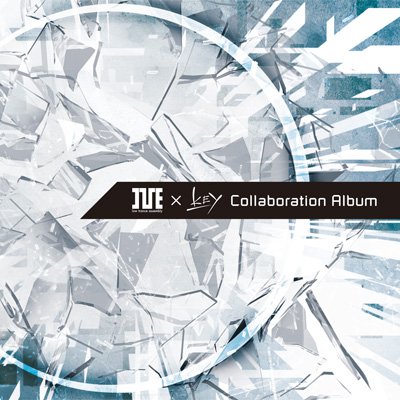 Up next is VA’s selection of music CDs at C91, and boy do they have a lot of them available! First is a special I’ve x Key Collaboration Album, with tracks either from Key games, and covered by I’ve sound singers (such as Larval Stage Planning and RINA), or from I’ve sound’s repertoire, as covered by Key’s singers. Really interesting lineup they have, and at 3000 yen, I think it’s worth checking out. 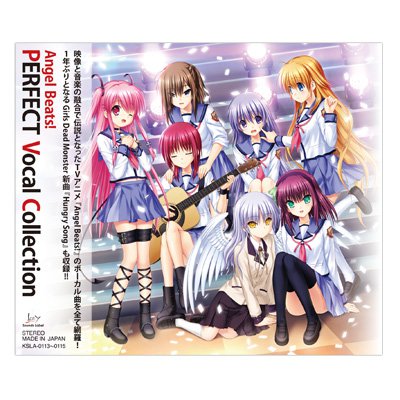 Also available is an album released earlier this year at character1, the Angel Beats! Perfect Vocal Collection. If you haven’t yet got yourself a copy, this is a good chance to do so, and you can get it for 4000 yen. 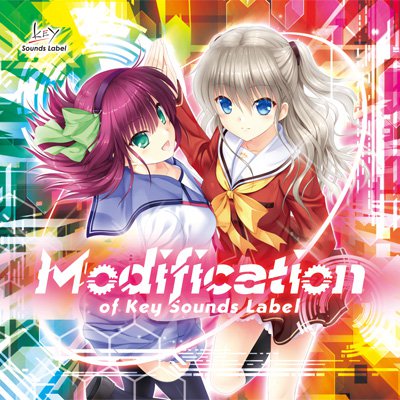 And last is something that I’m personally most excited for: “Modification of Key Sounds Label”, a 3-CD remix album of Key’s various music. What makes this so special? Well, if you’re into the doujin music scene, you’ll know some of the names on the tracklist, such as BlackY, nora2r, Getty, you, Freezer, and DJ Shimamura. Pretty solid selection of remix artists, and great bang-for-buck, with all 3 CDs available for only 3000 yen.

Not listed here, but may perhaps pique your interest are a few more music CDs. NanosizeMir will be releasing a “NanosizeMir The Best” album which, naturally, contains Philosophyz, Yami no Kanata e, and Sasayaka na Hajimari from Rewrite, along with all of their other numerous songs. Also available is “World Hitchhiker 2”, Takeshita Tomohiro’s second full album, featuring some Key songs such as Word of Dawn, World’s Pain, and Okiraku☆Kyuusai.

And there you have it! Quite a big selection of choices for Key at C91 this year, and if you ever have the chance to go there and buy stuff (or maybe ask help to buy these for you), I’m sure there’d be at least one thing that is made for you on this list. Which of these goods are you excited for?