There are a bunch of things on the horizon for fans of Key music: the commercial release of 4 KSL albums within the month, an exclusive release party for said albums, and a special preview for Long Long Love Song coming in July!

For the KSL albums, most of these have been sold previously at events like Comiket, but this is the first commercial distribution. The albums in question are Modification of Key Sounds Label, I’ve × Key Collaboration Album, Angel Beats! PERFECT VOCAL COLLECTION, and the new Rewrite Animation Original Sound Track.
These albums will be releasing in 2 waves a week apart from each other. (Note that prices below are excluding taxes.)

In the first wave, releasing on June 23, we have Modification and the I’ve x Key collaboration. Modification features a collection of famous Key songs that have been remixed by popular doujin artists. I’ve x Key is a similar concept of Key songs being performed by I’ve sound artists, and in return Key artists performing I’ve sound songs.

Releasing on June 28, the second wave focuses more on unmodified Key music. As the name suggests, the Angel Beats! album features all currently existing vocal songs related to the franchise. And perhaps even more ridiculous, the Rewrite anime soundtrack seemingly includes every piece of Rewrite music as well as a number of new tracks unique to the anime, and you can check BlackHayate’s article for more details

Furthermore, all of these albums also include a chance to attend an exclusive event in August. 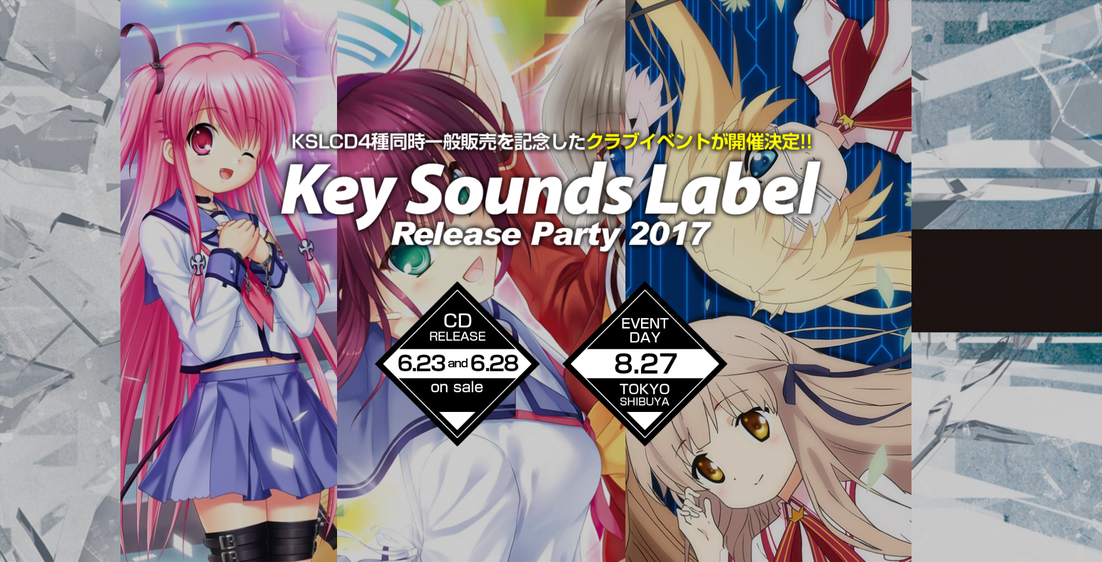 The albums will include a web address as well a serial number (Not including previous printings obviously). By registering an email address and the serial number on said website, the buyer will be sent an email explaining if they have won or not. Those who are chosen are invited to Key Sounds Label Release Party 2017 at Club Asia in Shibuya, Tokyo on the 27th of August! The official site says that the audience will be let in starting 14:30 and the event will continue until it’s finished; the performance is scheduled to begin at 15:00.

A whole slew of DJs, VJs and vocalists are performing at the event.

There is also a page for goods, however, it is empty at the time of writing.

And finally a tidbit about the next big KSL project, Maeda Jun and Kumaki Anri’s Long Long Love Song. 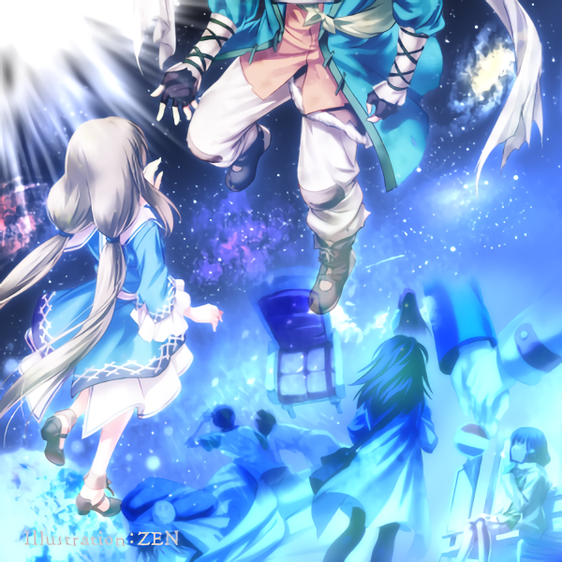 Key announced yesterday that they will be hosting a live stream on Niconico Live previewing the entire album. The stream is scheduled for the 17th of June 20:00 JST (11:00 UTC), though the stream itself will open 10 minutes before that. Sadly, Nico streams are very rarely open for international viewing. You can keep an eye on the Kazamatsuri Twitter to see if we find any way around it when the time comes. We were also given the image for the album’s 12th track, Supernova, as you can see above.

Please tell us down in the comments if you’re planning on buying any of the new albums, and/or if you’ll join our long long quest for love songs.