Summer has just about started and it’s an exciting time for Key fans, especially the ones who will be in Tokyo during the time. What with the release of planetarian HD and Rewrite+ earlier today, there’s another treat for you guys: the annual Key Summer Sale taking place in Akihabara!

As per tradition, the Key Summer Sale 2016 will be held at Gamers Akihabara starting today, July 29, up to September 19, 2016. There is something new this year, however, with the addition of a new location for the sale! Not only will it be taking place in Gamers, but also at the Animate Akiba Cultures Zone from July 29 up to October 2, 2016. That’s over two months of enjoyment for us Key fans, and an even larger chance for visitors to head over there.

As you can see from the banner above, Itaru Hinoue and Na-Ga have prepared special artwork of Lucia & Akane, and Tenshi & Tomori in some pretty fancy summer swimwear. They’ve prepared a whole slew of goods shown on the official website (slightly NSFW due to dakimakura preview images) with these new designs, along with some more fancy goods like posters, tapestries, towels for the summer, and even a Chibimoth-style bunker ring which you can attach to your phone! 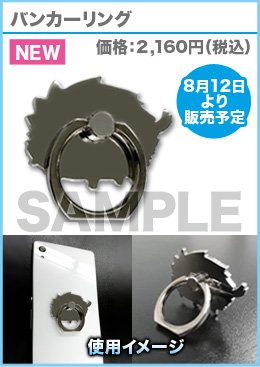 Of course, they’ll be having a lot more goods than just the ones advertised! If the 2014 and 2015 sales are any indication, they’re gonna have a lot more than just these goods. So if you ever find yourself lost in Tokyo anytime from today to October 2, make sure to head to Akihabara and prepare your wallets for all these sweet summer goods!