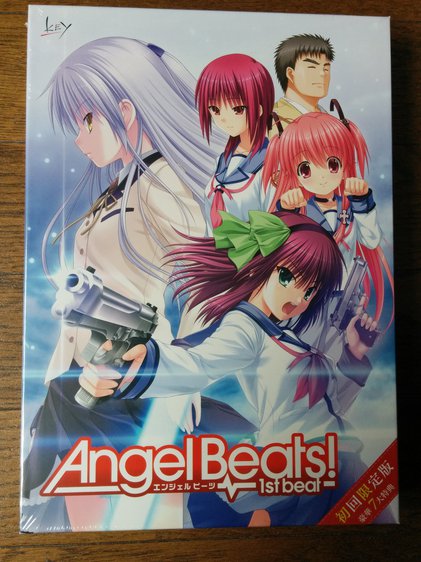 Today, June 26, 2015, marks the official release of Angel Beats! -1st beat-. For those who might still be unaware, Angel Beats! -1st beat- is a Visual Novel developed by Key which retells the events of the Angel Beats! anime in a more appropriate format. Today is the release of the First Press Limited Edition version, which, along with the game, comes with goodies such as a Piano Arrange Album, SSS Rubber Coaster, and more!

The back of the box, displaying CGs and System Requirements

Also, those who pre-ordered the game in time will be receiving a copy of the new Girls Dead Monster single, Million Star, and a special, newly-drawn picture of Tenshi done by Na-Ga himself. If you were able to pre-order from specific stores, you’d also be receiving the limited edition bonuses advertised here (Link may be NSFW). 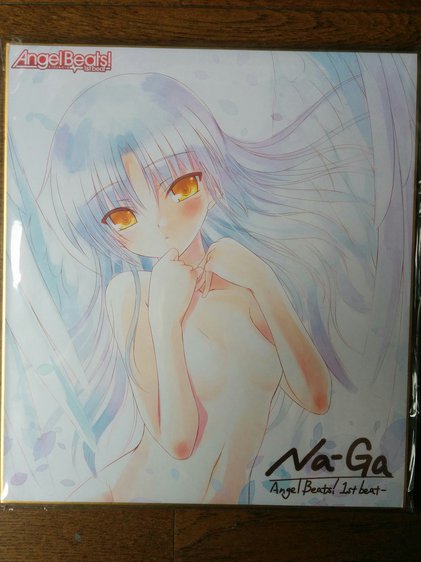 This piece of art makes her truly look like an Angel

For those who haven’t ordered it yet, well, what are you waiting for? Amiami currently has it on back-order, so you might want to get your orders in while they are still offering it. Alternatively, you could get it from an online store in Japan, such as Amazon, and have a proxy forward it to you.

Can’t read Japanese? One option you might want to consider trying machine translation software like Visual Novel Reader, which grabs translations from sources like Bing and puts them into the game in real time. It’s not 100% accurate but it can help you get the gist of what’s going on; you might be surprised by just how helpful they can be sometimes. Aspirety himself has read through the first two days of the trial using VNR live on stream, and you can watch the recording here! If you’re interested in helping produce an English translation for the game, you can hit up the Translation Workshop and say hi! No full patch has been promised yet, but the community members have made surprising progress in establishing the foundations for an English translation of the game by tweaking around with some tools. So if you’re someone who knows their way around translation and want to work toward an English translation patch, that’s the first place you should be looking.

If you’re still on the fence about buying, don’t forget that the Trial Edition is available to download for free!

All that being said, we as a community are dedicated to discussing and learning this game, inside-out! Head on over to the Angel Beats! Visual Novel General Discussion topic to join in on our conversation as we tackle the intricacies of this game.

And for everything else you want to know about Angel Beats! and -1st beat-, check out our Information Page.

The Hype Train has finally reached its first destination. Next stop, 2nd beat!