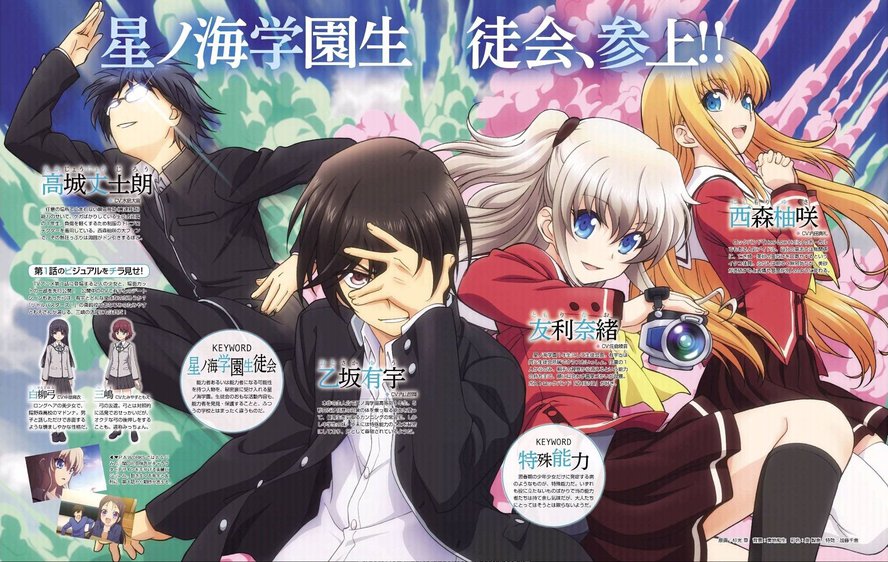 Just a few hours ago, a new special website has been unveiled by Key Sounds Label! This website details information about music from the upcoming Charlotte anime. The biggest news that comes along with this website is the announcement of three upcoming singles, all containing music to be featured in the anime! 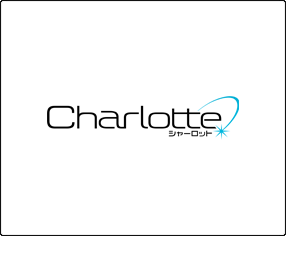 The first single revealed is, naturally, a single for the opening and ending themes of Charlotte, namely, Bravely You, sung by Lia, and Yake Ochinai Tsubasa, song by Tada Aoi, which we previously reported about. There will be two versions of the single, a regular edition to be sold for 1204 yen, and a special edition containing a DVD for 1500 yen. The single will contain full versions, TV size versions, and instrumentals of Bravely You and Yake Ochinai Tsubassa, and will be released on August 26, 2015. 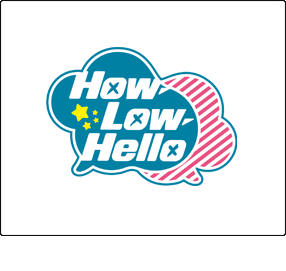 The second single revealed is a single featuring How Low, Hello, the in-series band fronted by one of the main characters, Yusa Nishimori. The single will contain three brand-new songs entitled Rakuen Made (From Paradise), Netsunetsu Days (Feverish Days) and Not be found. All songs will be performed by none other than Yusa’s voice actress, Maaya Uchida! The single will be released a few days after the first, on September 2, 2015 for 1204 yen. 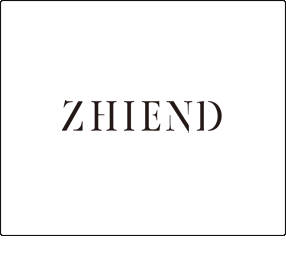 The last single is featuring the series’ second band, ZHIEND, fronted by the mysterious Sala. The single will also contain three new songs, namely, Trigger, which will be used as the title of the single, Fallin’ and a third song, whose title has yet to be revealed. Interestingly, despite ZHIEND being a foreign band in the Charlotte universe, the single will contain both English and Japanese versions of all three songs. All songs will be performed by marina, and the single will be released on September 9, 2015, also for 1204 yen.

In what is normal of Japanese goods sales, buying these albums will net you some neat pre-order bonuses! Buying just Bravely You/Yake Ochinai Tsubasa will get you a poster, and buying all three singles will net you some Charlotte-related goods such as clear files, tapestries, and other options, all depending on the store where you buy it from. Furthermore, buying all three CDs will make you eligible for a lottery, winners of which will get to watch a special Charlotte mini-live in Japan!

However, that isn’t all that the site has announced. They’re also teasing full albums from How Low, Hello and ZHIEND, along with an Original Soundtrack of Charlotte. Buying all 6 will net you a special CD BOX designed by Na-Ga himself!

The first three singles are already up for pre-order on numerous Japanese sites. We’ll be sure to let you guys know once some international resellers have them up, as well!

Well now, that was quite a lot of information! Together with the hype for the Charlotte anime, starting broadcast in a few days from now, the staff has reminded us of the immense amount of work they are putting into the music of the series as well. This is definitely something to look forward to along with the anime, and we hope you all support the upcoming music from Charlotte!