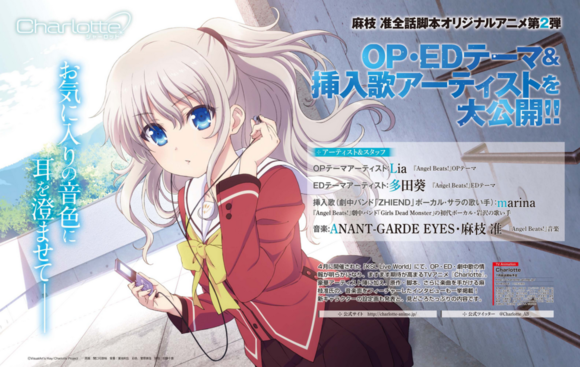 As what seems to be usual with every new issue of Dengeki G’s magazine, more Charlotte information has been revealed in the June issue of the magazine.

Firstly, we have the reveal of the Opening and Ending song information! The Opening song is entitled Bravely You, which will be performed by Lia, and composed by Jun Maeda. The Ending song is entitled 灼け落ちない翼 (Yake Ochinai Tsubasa), very roughly translated as Burning Unfallen Wing, which will be performed by Tada Aoi, and also composed by Jun Maeda. I think we’re already seeing the links to Angel Beats! here, heh.

The next bit of information we have is about the in-series band, ZHIEND. We previously reported that ZHIEND will be a foreign post-rock band fronted by a singer named “Sarah”. Well, it seems her name is actually “Sala”, and the songs of the band will be performed by marina! Even more Angel Beats! references! The lyrics of ZHIEND’s songs will be written by Jun Maeda, and the songs will be composed by Hikarisyuyo. 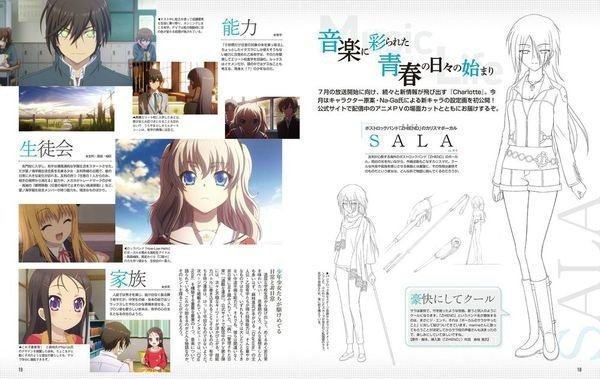 Rough sketch of Sala on the right. Wait, is that a white cane? Is she blind?

On the side of Angel Beats!, we have a large amount of new CGs and gameplay screenshots. There are three different sources for these CGs, the first comes from Dengeki Online, the second comes from 4gamer, and last, but not least, we have images uploaded by Key’s official Twitter account. Check these sources out for a teaser of images from Angel Beats! -1st Beat-! 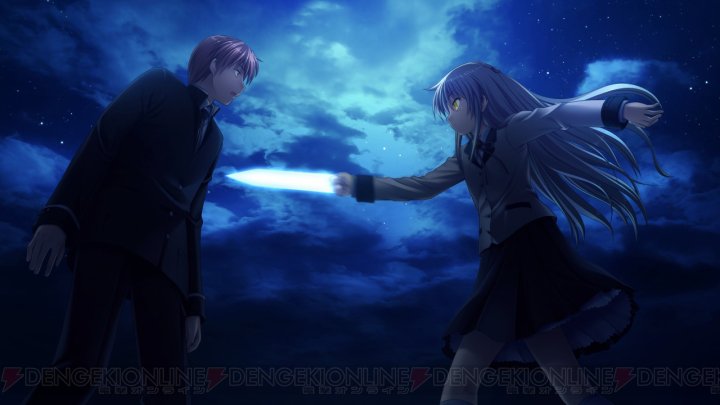 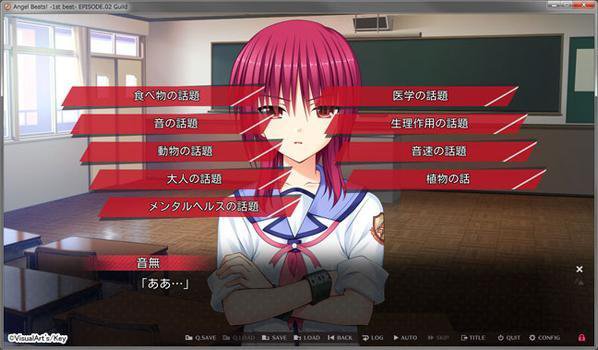 So many choices, but only a few of them will get you Iwasawa’s “flag"

Kitakubu has provided a translation of the 4gamer article, and it gives us a good insight of what we can expect from the upcoming game. Firstly, we get a glimpse into the romance between Otonashi and Iwasawa during her route. We also get a suggestive idea about Otonashi’s true feelings for Hinata! Oh my!

We hope this new info is making all of you just as excited as we are! Stay tuned for more Angel Beats! and Charlotte information as the release dates of the respective game and anime comes closer and closer!

Credits to Zak89 for the Charlotte Information and links to the articles, and Shadowhammers for the pictures from Key’s Official Twitter.