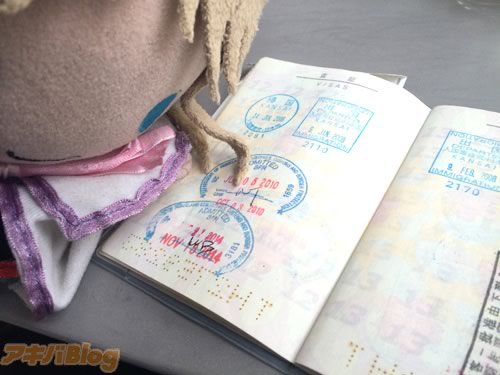 2015 is shaping up to be an amazing year for Key, both in Japan and internationally. As such, Key’s marketing team has been going all-out in the promotion of their games, and forum member @Zak89 has shared an article that outlines these events. The best part is, surprise surprise, that they aren’t limited to Japan this time. So here’s a quick summary of all the events that they have planned out so far for 2015:

Anime Japan is an annual event that started in 2014 and will be taking place again at Tokyo Big Sight. It’s main goal is the promotion of Anime by the industry players, and it gives them an opportunity to showcase their plans for the rest of the year. For lack of better words, it is the biggest Anime Expo held in Japan, and Key, together with Aniplex and P.A. Works, are going to be there to promote Charlotte! This’ll be a good place for them to introduce a PV and release date for Charlotte, so we’re hoping on that!

The Nipponbashi Street Festa is a festival all about anime culture held at what is considered to be Osaka’s Akihabara, Nipponbashi. They feature a whole slew of events such as stage performances, roadside events, and even a parade! Key, or rather, VisualArt’s are heavily involved, as is expected considering their HQ is located in Osaka. Itaru Hinoue has designed the mascots of the event, and Shinji Orito has composed the main theme song, “Greeting Smile －Street☆Festa－,” sung by Ayaka Kitazawa. She’ll also be performing on-stage, so that’s something to look forward to.

For those who don’t know what Comic Market (Comiket) is, it’s basically the biggest anime-related convention in the world. Every 5 years, the organizers of Comiket hold a “Comic Market Special” in addition to the bi-yearly Comikets held. This year, the theme is “Otaku Summit” and their mission is to “host a festival for the otaku from around the world”. It is being held at the Makuhari Messe Convention Center in Chiba. Much like last year’s Winter Comiket, VisualArt’s/Key will be holding a booth there selling a few limited items, and since the theme is related to otaku from around the world, we are expecting a few items relevant to the international community’s interest, such as this little surprise!

Key 15th Fes. is likely Key’s biggest event the whole year and we’ve all been covering the bits and pieces of news that have been released since it was announced in December. To summarize, Key 15th Fes is a 2-day festival in celebration of Key! There are two main events announced so far: “KSL Live World way to the Angel Beats! 1st” held at Differ Ariake in Tokyo and “Akiba Base!! 2015 Bellesalle Akihabara” held at Bellesalle Akihabara.

KSL Live World will be a 2-day concert event featuring many of Key’s singers such as marina, Aoi Tada, LiSA, and more, and will be focused on promoting their release of Angel Beats! -1st beat-. Unfortunately tickets for the concert have completely sold out, but that doesn’t mean you can’t enjoy the rest of the festival! They even have a side event on the second day called “Key Radio Fes” where they will be having voice talents such as Hikaru Midorikawa, Tomoe Tamiyasu, Naomi Wakabayashi, and more having a live radio talk-show. Akiba Base, on the other hand, is a 2-day expo being held at Bellsalle Akihabara featuring tons and tons of Key and VisualArt’s goodies. Key have promised that Harmonia will be there in some capacity; some are even speculating they’ll surprise us by selling the game there. There will also be a few exclusive items sold only at the event, including Na-Ga’s new artbook, with more to be revealed in the coming weeks.

Character1 is an event also held in Tokyo Big Sight, much like comiket, where numerous industry and doujin artists will be exhibiting and selling their own works. However, it’s main theme is that it is focused on the characters! To give you an idea, doujin producers will be exhibiting their own character designs and industry artists will be promoting the characters of their games, anime, and so on. Little tidbit: Baba Takahiro, director of VisualArt’s, is also the representative director of the event, so we can expect VisualArt’s representation there. However, we don’t have much news yet as to what they will be showcasing there.

Now onto the international events! Chara Expo is a first-time event to be held at Singapore Expo. Its main goal is to allow fans to interact with producers of anime, manga, and games, both from the industry and doujin circles. VisualArt’s/Key have also announced their participation, so we are hoping this adds more exposure for both their Japanese and International releases.

Japan Expo is a yearly event held since the year 2000 in Paris, France. Much like many other anime events, it showcases cosplay, anime, traditional Japanese culture, and will also be inviting guests from Japan and the local Japanese culture fan-scene in France. As stated, VisualArt’s/Key also plan to hold a booth there and hopefully promote their international image to the fans in France.

Anime Expo is arguably one of the biggest anime conventions in the USA and has been held since the year 1991 in Los Angeles, California. Every year, they showcase anime and cosplay, and invite guests from all around the world to participate in their exhibitions and events. This event is memorable because last year, this is where Sekai Project announced their plans to localize CLANNAD. They even sold some Key-related memorabilia. This year, VisualArt’s/Key themselves are going to be involved and we are expecting even bigger promotion for CLANNAD and hopefully even more memorabilia to be made available to their fans in the USA.

The last of the events announced so far is a national pilgrimage promoting Angel Beats! with decorated vehicles. The whole plan is to drive around Japan with these decorated vehicles visiting stores and cities all around the nation to spread awareness of the new Angel Beats! game. No specific details, but the planned designs of their Angel Beats! cars have been shown.

Well, that was a mouthful! As you all can see, Key and VisualArt’s have a lot in store for 2015, and these are only the events for the first half of the year! It’s very exciting to see how open they are to promoting their media not only in Japan, but in Singapore, France and the USA as well. They are probably one of, if not the first Visual Novel company to actually promote themselves outside of Japan. Long story short, 2015 is an exciting year for Key fans all across the globe, and we hope all of you can participate in these events they have lined up for us.