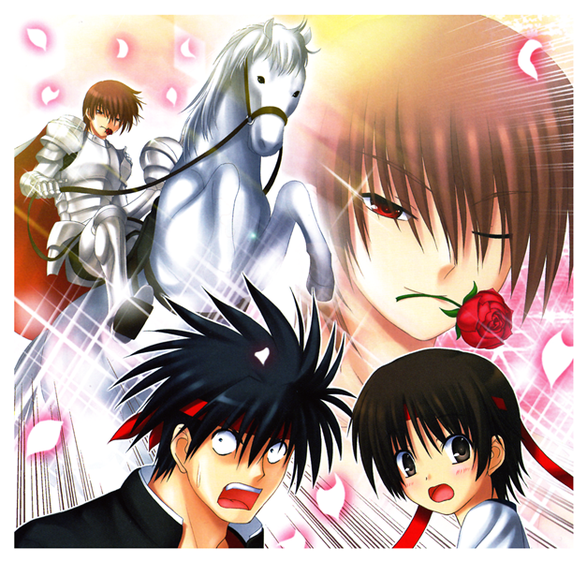 Well, that was a little awkward! About two weeks of persistent downtime hit Kazamatsuri like a truck, and we’ve only just now come back online again. I’m just thankful it happened during the interim between Bookclubs! Tech talk isn’t my area though, so if you’d like an explanation of what just happened and what measures we’re taking to prevent it from happening again, I defer to liclac’s forum post on the matter. Oh by the way, that’s technololigy, she goes by liclac now!

That said, just because the website has been down doesn’t mean things haven’t been happening! I’m currently in the process of editing the Little Busters Bookclub Podcasts, which I apologise has taken as long as it has. Chronic back problems have flared up for me again which made it hard to use the computer, but my personal goal is to have all four of them edited within the week. Here’s hoping I manage!

You may have also noticed that Kazamatsuri’s 5th anniversary passed during the downtime. Worry not, we did not forget about it. On the Discord we held a poll asking people when they’d like to hold an anniversary party, and the best date for the most people ended up as 1PM UTC Saturday the 2nd of March, which is next weekend! So, consider this an invitation to all Kazamatsuri Discord users to join us at that time for a celebration of Five years of Kazamatsuri! Anticipate dumb activities and drunken karaoke as always, and a cheeky pinch of Five memes. If the time doesn’t work for you, I plan on being online quite a few hours early, so you can expect a pre-party of sorts too. Hoping to see you all there!