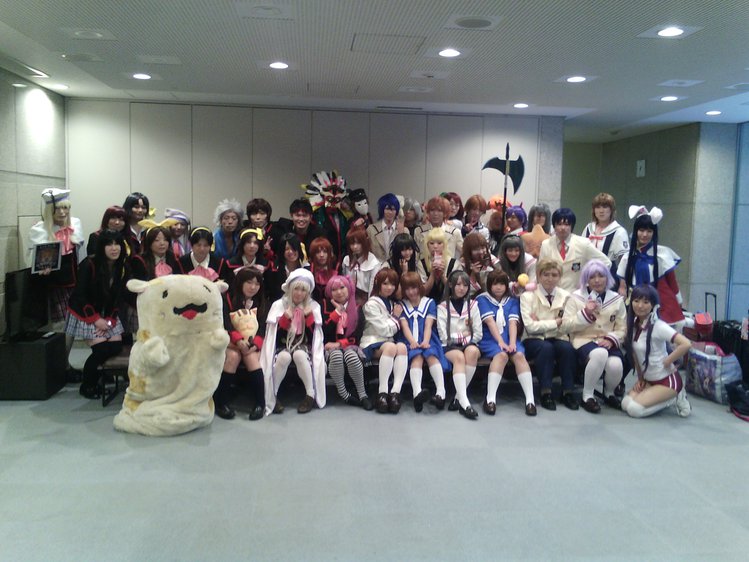 Hi everyone! Resident Kazamatsuri.org Japan correspondent here, and I’m going to talk about my experience with KeyPoints6 today.

What is KeyPoints?
Basically it’s a fan-held convention for all things Key-related. Essentially, it’s Comiket for Key. It started in 2012 and is held twice a year.

This year’s event was held in Zendetsu Hall in Tokyo, near Ochanomizu station. I had kind of a hard time finding it, but thanks to the poster in front, I was eventually able to find it. 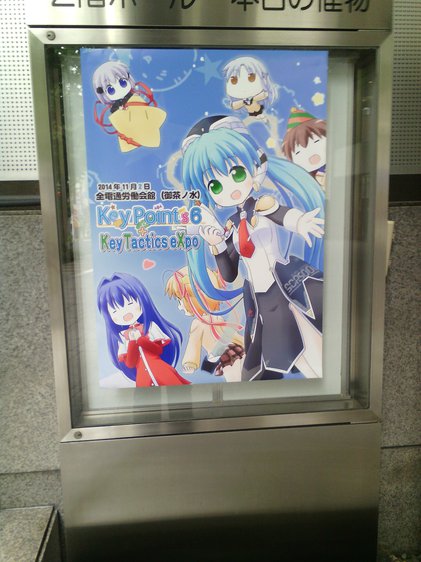 (yes, no AIR in the poster. Sorry AIR fans)

Now I got in, and like another convention I’ve been to before, you don’t buy a ticket, you buy a catalog. 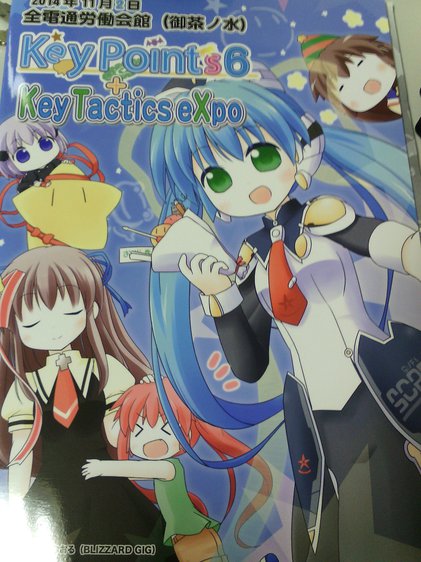 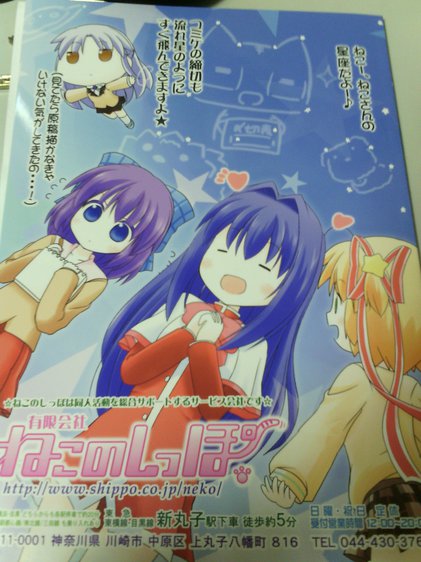 The catalog contains info all about the event. For starters, it has a map of the layout of the event, with table numbers and sections labeled ‘k’, ‘e’, and ‘y’. It also has a list of which circles/artist is occupying which table number, and a small picture representing that artist/circle. It’s pretty similar to what’s available on their website but with pictures. The last page of the catalog also contains a comment sheet you can fill up and put into a comment box

Upon entering I asked if it was okay to take pictures but apparently you have to register if you wanna take pictures. I was only using a crappy cellphone camera though, but oh well. 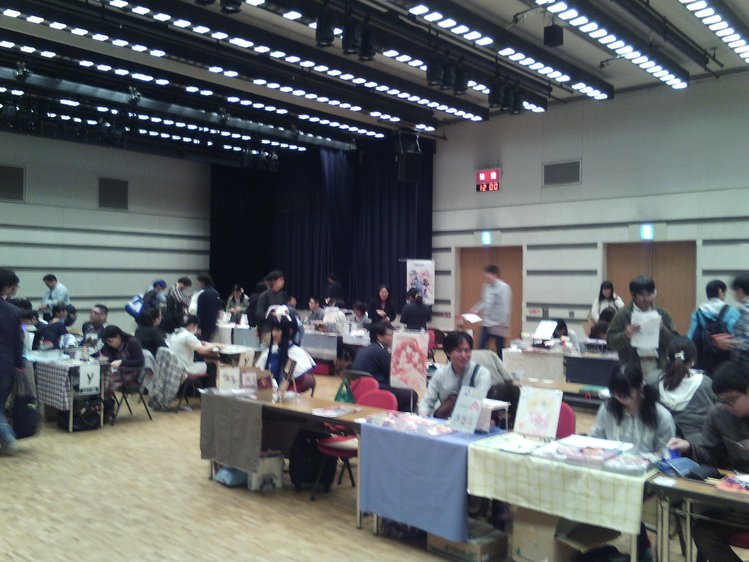 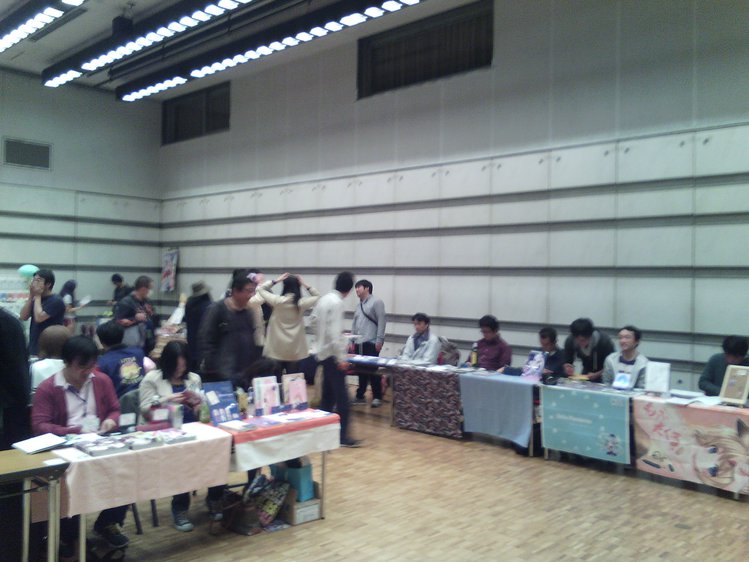 It’s actually a lot smaller than I expected. Just around 50 or so tables each with one or two people per circle advertising their merchandise. But of course, selections from Key OSTs were playing in the background. There was also a section on the side where you could take a look at the new releases. So you could choose and possibly buy from those circles. 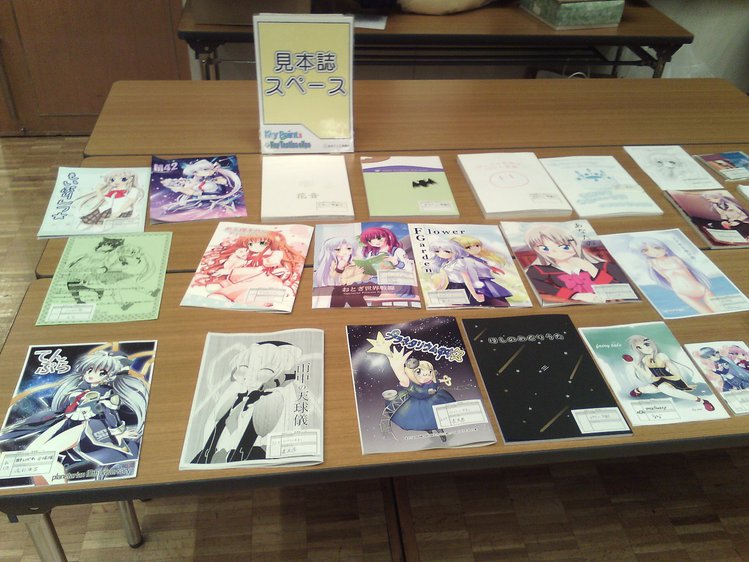 Worth noting is this KeyPoints is an homage to planetarian celebrating their 10th anniversary. They released an anthology of planetarian featuring artwork, manga and a short story (the black-covered book in the lower right).

I didn’t take any pictures of the booths themselves because I thought it might have been rude. I guess it’s worth mentioning ZEN (considering his popularity) was in his booth. He seems like a pretty cool guy haha. Also awkwardly talked with Remotaro (one of my personal fave Key artists) about her recent contribution to ABOW haha. I took a picture of this thing though: 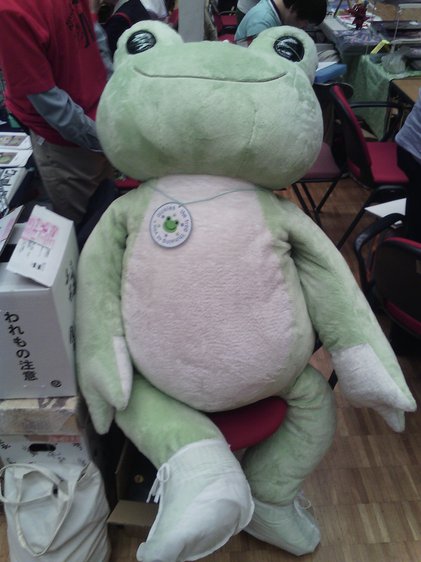 Speaking of ABOW, they had a wall where you could fill up a sheet and post your friend code so others may add you. Put mine in and added a note representing Kazamatsuri.org! 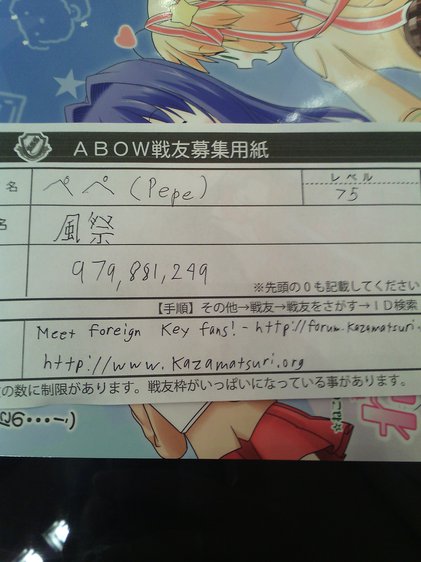 A while after, some live performers on a flute and EWI were playing selections from Key music. Nice touch, if you ask me. After getting all the stuff I needed to, I started to hang around the cosplay area for a while, waiting and taking photos of interesting cosplays. Read on for descriptions. 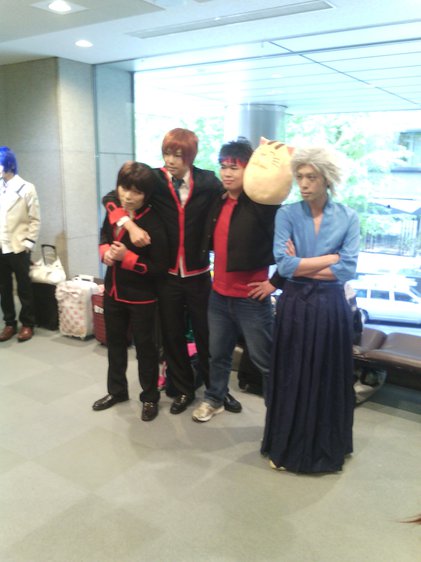 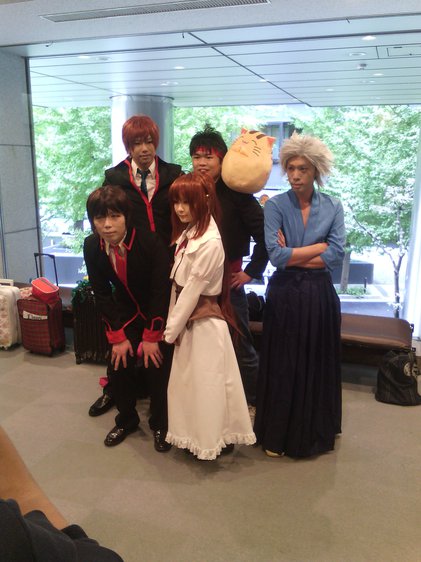 Original Little Busters. Kind of nice (and a bit sad) that they are using Rin’s white costume. The Kyousuke also had a Mask the Saito but I wasn’t able to take a picture of that. 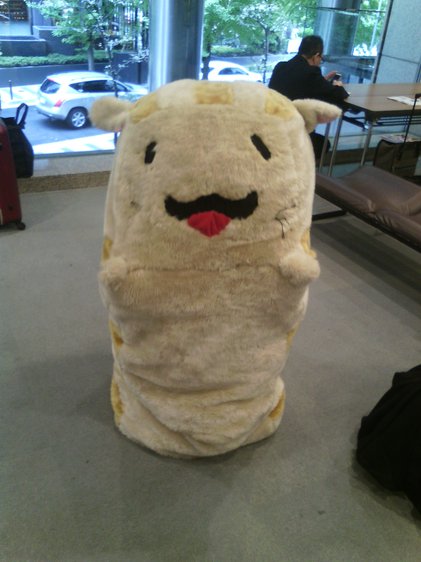 Yes, that is a Dorj costume. Really fun and everyone was amused by it! 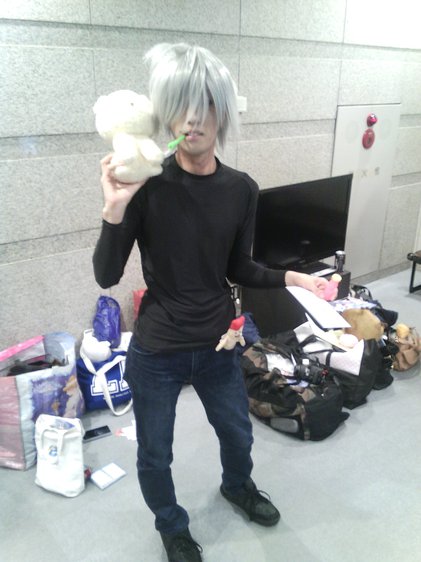 Poor Potato, the way he manhandles him 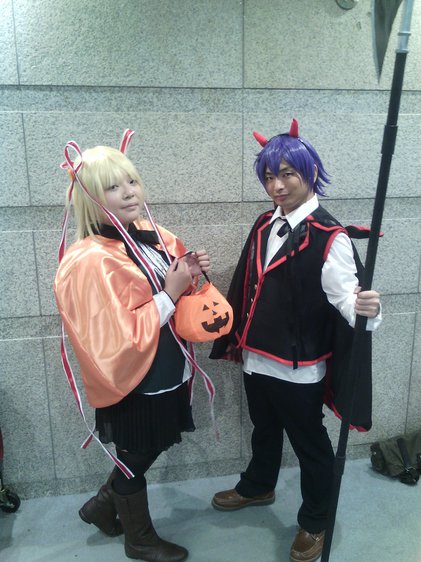 Halloween-themed cosplays, since it was just yesterday. Nice touch with the Noda costume, since they only showed that art like a few weeks ago 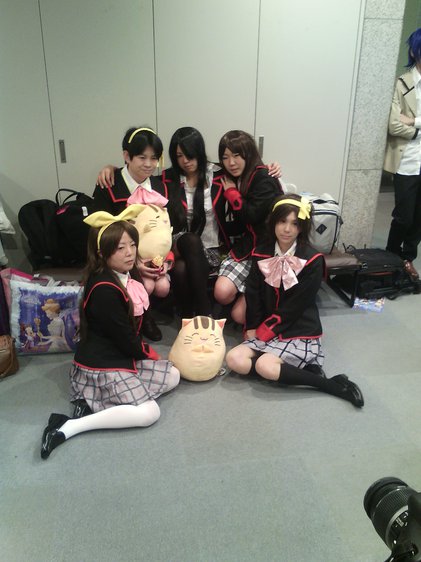 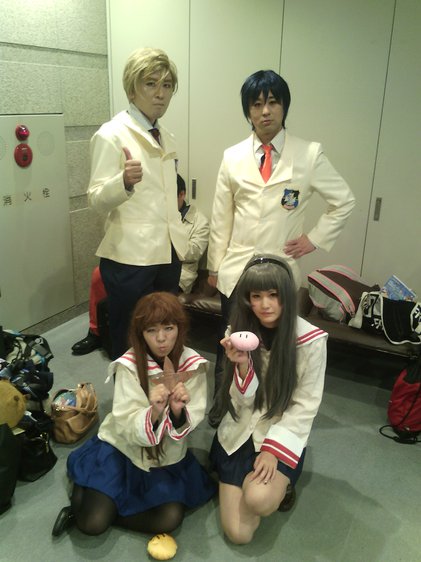 Don’t forget the love for Clannad! 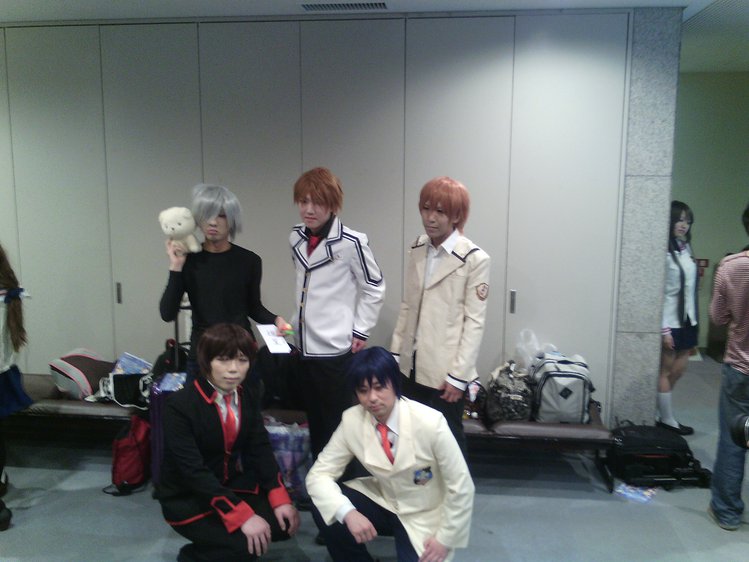 I swear they could make a boy band. Too bad no Yuichi cosplayers :(
Actually, since this was a planetarian-themed event, how come there weren’t any Junker cosplayers!?
Actually no Yumemi cosplayers either. Dang :’( 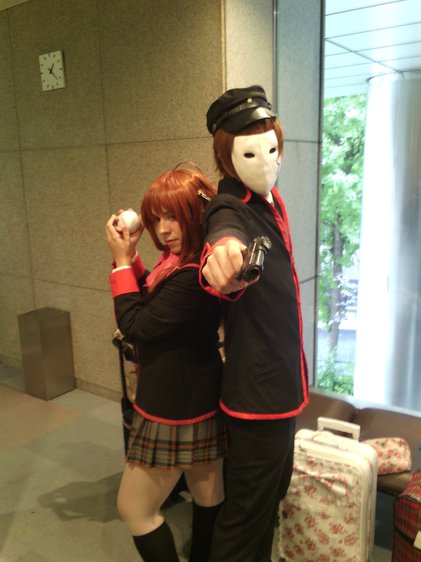 I was able to meet and speak with Clow and MiyazawaLulu! Of course I stuck out like a sore thumb as the only foreign-looking person there, so they kind of knew to approach me when I asked to take their picture. Nice cosplay they did! 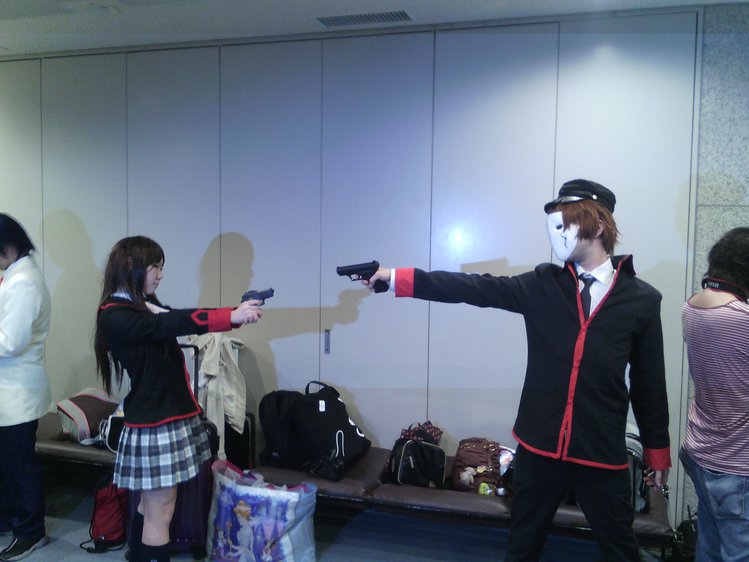 I hear this is a thing in Saya route? (no spoilers pls)

And a group photo of all the cosplayers!

I left after the group photo, though the event wouldn’t end until a few hours after. All-in-all it was a pretty fun event and the cosplayers seemed to really enjoy themselves haha. Looking forward to the next KeyPoints (probably May or June next year!)