"She had shown me the stars. So in turn I was trying to show her a future that I alone could give her. The fact that she was not human but a robot did not matter. This was the bond between her and me, and the only proper exchange."

planetarian ~the reverie of a little planet~ (chiisana hoshi no yume) is Key’s 4th visual novel and was released in November of 2004, just a few months after the release of CLANNAD. The story of planetarian takes place in a post-apocalyptic future where the protagonist, referred to only as ‘The Junker’, is scavenging through the ruins of a destroyed city in hopes of finding resources to survive. During his journey, he encounters the endlessly cheerful and optimistic robot girl calling herself Yumemi. She was abandoned ten thousand days ago, remaining as the planetarium’s last guide long after civilisation was destroyed, eagerly awaiting her 2,500,000th customer with a smile. Through his interactions with the robot girl, he slowly begins to contemplate his existence, the nature of humanity and that of the girl. planetarian deviated significantly from the standard Key formula, and is praised by many for it’s willingness to shake off the standards that bind Key stories, while still displaying the remarkable storytelling that the company is known for.

planetarian is distinguished from Key’s other works by its comparatively very short length, taking about 2-4 hours to complete and not featuring any choices for the player to make. It was promoted as a ‘Kinetic Novel’, a name referring to the subgenre of visual novels which lack any choices for the player to make to affect the story. The scenario was written by Yuuichi Suzumoto, making it Key’s first game without Jun Maeda as a writer.

The game was first released on windows on the 29th of November 2004 with no voice acting, and re-released as Regular Edition on the 28th of April 2006 with voice acting for Yumemi. It was also released on PC a third time in the Key 10th Memorial Box in 2009, which added full voice acting for all characters. This was again re-released in a standalone format in planetarian Memorial Edition on the 30th of April 2010. Consumer ports were also released for PS2, PSP and mobile devices. planetarian also received a series of audio CDs as well as a 243-page light novel collection of short stories including a prologue and epilogue, which also received adaptations into drama CDs. Notably, planetarian was the first Key game to receive an official English localisation, receiving a release on the itunes app store on the 30th of November 2011, and again receiving a more updated translation by Sekai Project on Steam on the 12th of September, 2014. A 5-episode net animation series of planetarian premiered on the 7th of July, with a movie of the Hoshi no Hito side story scheduled to premiere on the 3rd of September. On the 29th of July 2016, planetarian HD Edition was released in commemoration of the anime, featuring redrawn HD graphics.

Expanding upon the original story, planetarian received four short stories, originally released as light novels and later as Drama CDs. A Snow Globe tells a story about Yumemi’s life as staff of the planetarium before the war began. Jerusalem is set at the apex of the war, and follows a platoon’s mission to eliminate a rogue sniper baring the appearance of a nun in the fields of Patagonia. Hoshi no Hito is set decades after the main game and considered by some as a direct sequel, and involves three children’s wish to see the stars. Tircis and Aminte is a mysterious story about two identical twins studying alone in a world of their own. English translations for A Snow Globe and Hoshi no Hito can be found after a quick search, and a translations of Jerusalem and Tircis and Aminte have been produced by our very own Kazamatsuri community, which can be found here for Jerusalem and here for T&A.

planetarian can be purchased on Steam at the link below:

Alternatively, you can purchase the game for your iOS-enabled device from iTunes here for $4.99 USD. It has a bunch of cool features such as the ’novel mode’ that lets you read it like an ebook, but the English translation is admittedly lacking compared to the Steam release.

The planetarian Drama CDs can be purchased internationally from VisualArt’s/Key on iTunes.

The 5 episode ONA series can be streamed on Funimation in North America. 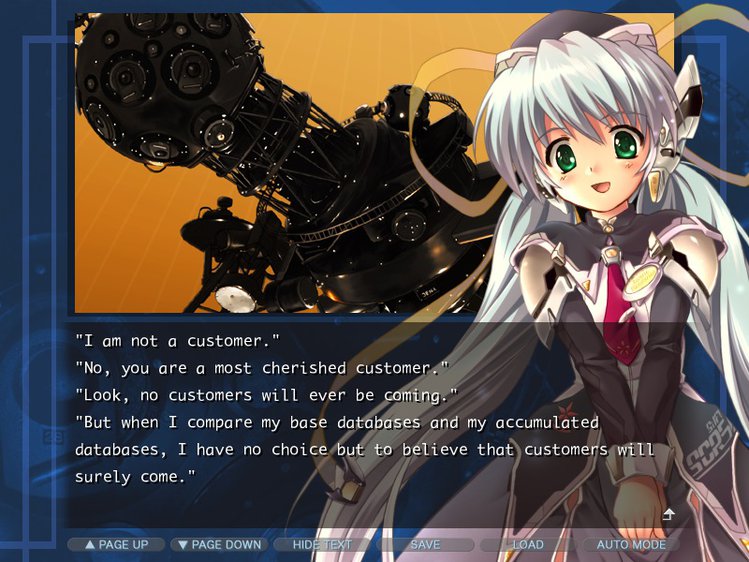 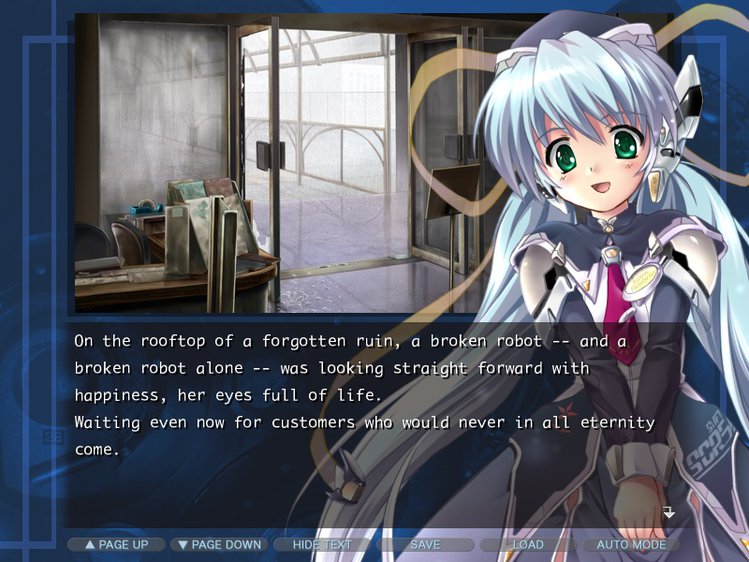 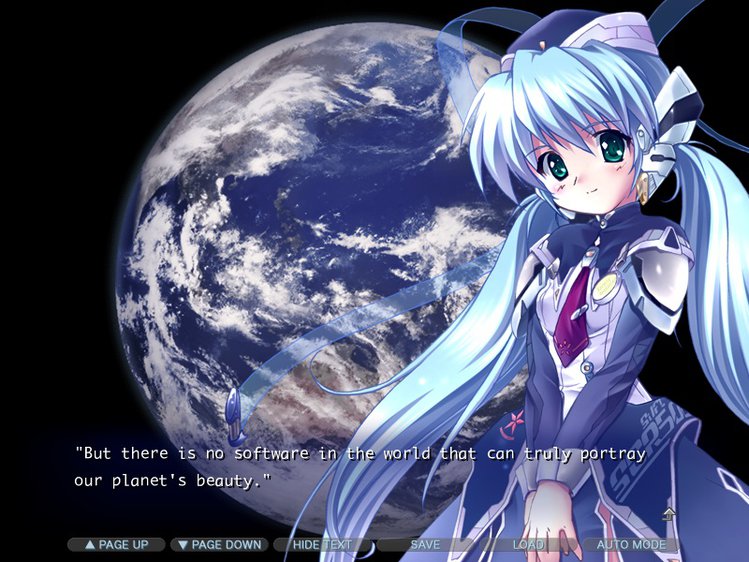 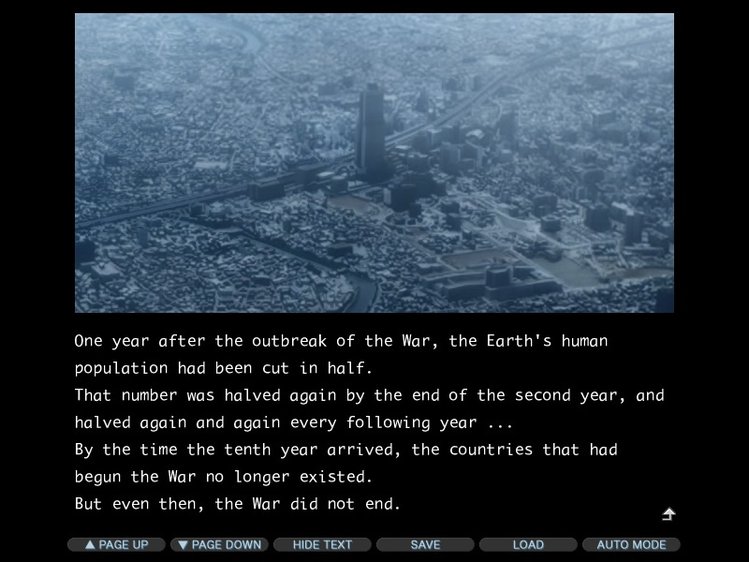 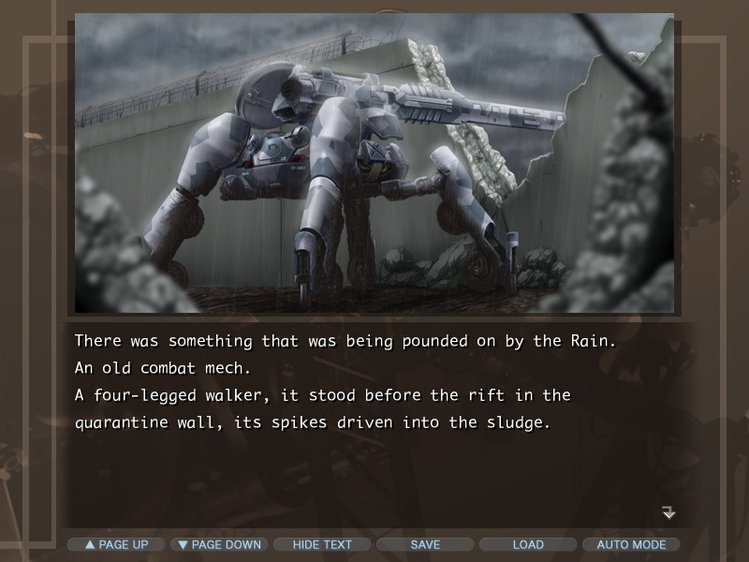 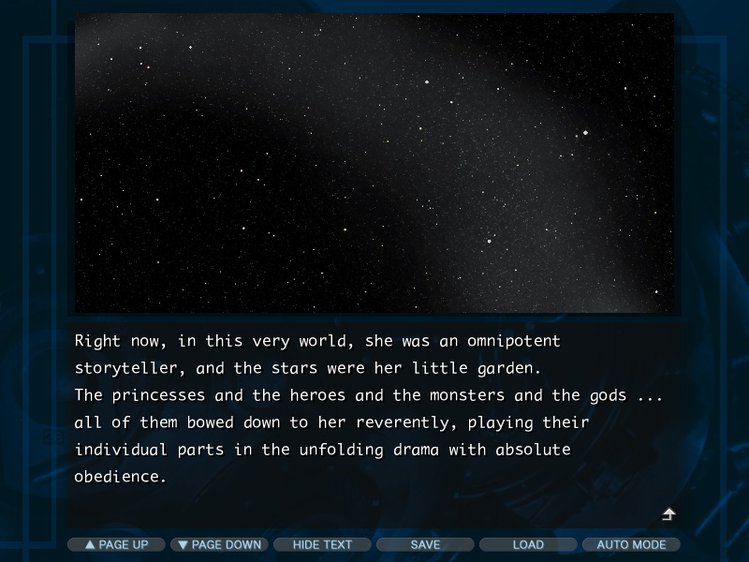 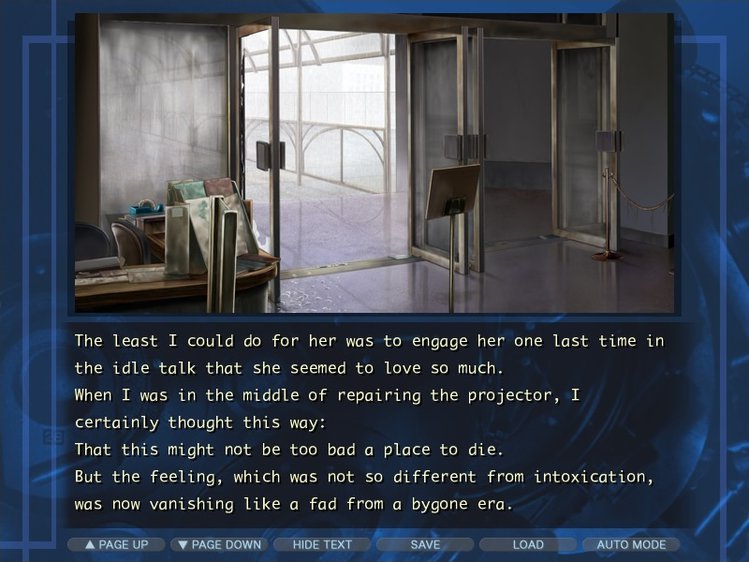 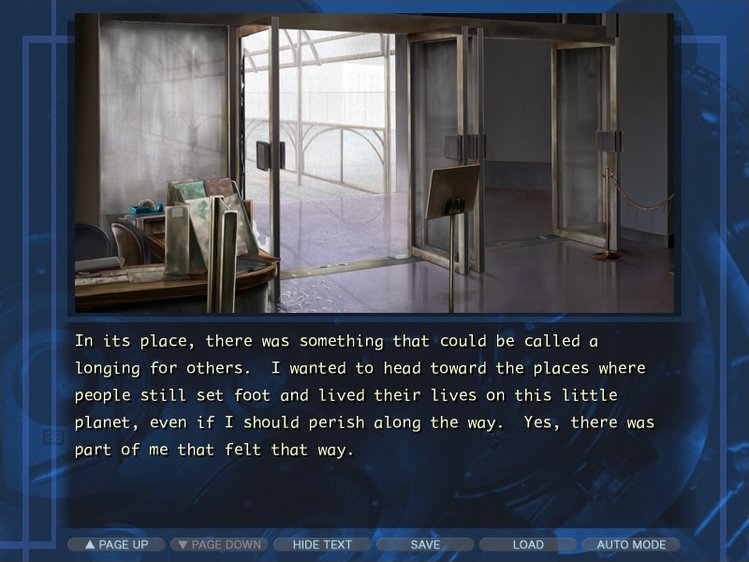