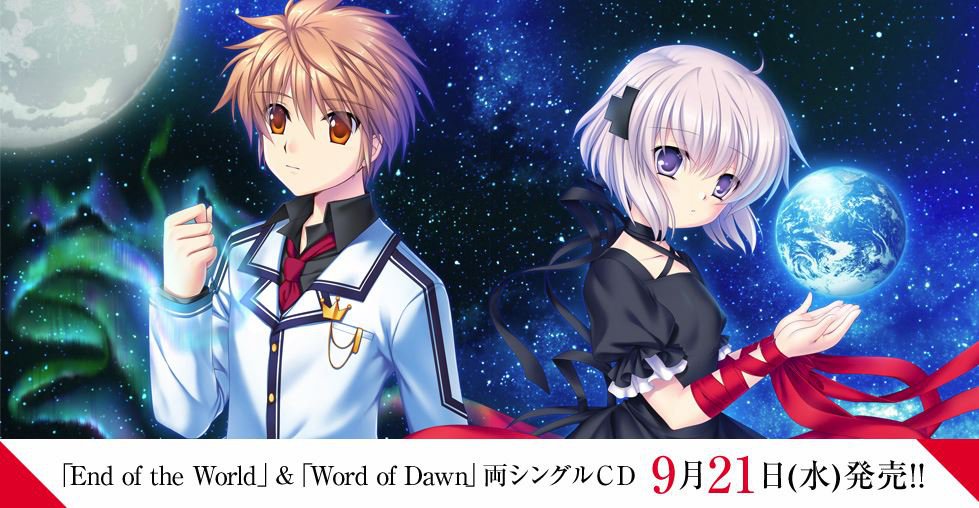 What a doozy! With the first batch of music CDs out earlier today, we now suddenly have news of the next batch of CDs coming out, all of them with a release date of September 21!

For Rewrite, we’ll be having two CDs released on that day. The first being a solo single by Anri Kumaki, containing two tracks: the second Anime OP End of the World and Hetakuso na Uta, both of which are composed by Jun Maeda. While I’m sure you all remember End of the World and are excited as we are for the full version, that second song, from the title alone (loosely translated as “Extremely Clumsy Song"), seems interesting already. The tracklist and album art are as follows: 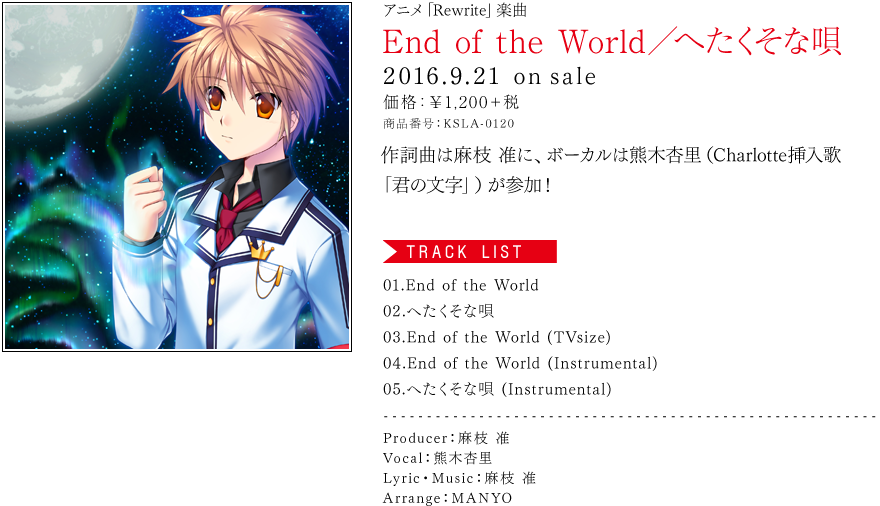 If you don’t mind spoilers, you can watch the End of the World OP as it’s used in the anime below!

Next up we have a solo single featuring Tada Aoi! This time, we have the second Anime ED Word of Dawn and Okiraku☆Kyuusai. Both are composed by Tomohiro Takeshita with lyrics written by Kai. Tracklist and album art are as follows: 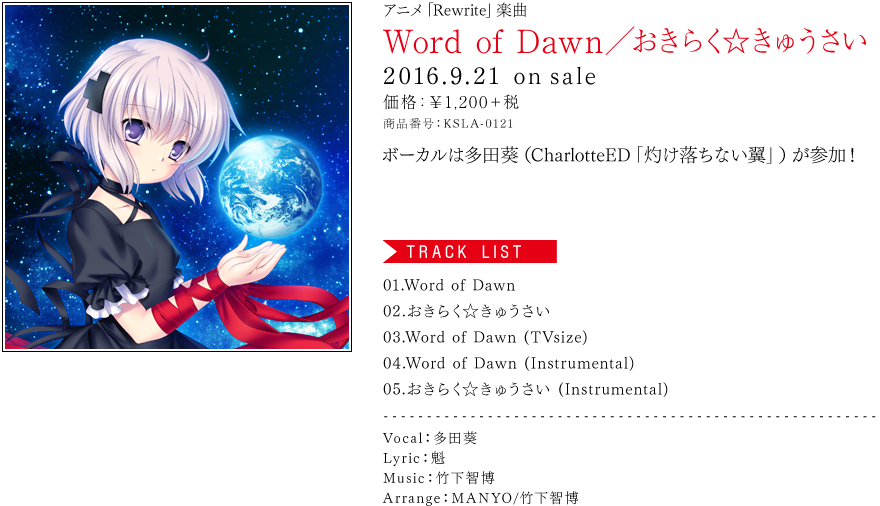 You can view the ED as well below! Less spoilers in this one.

And last but definitely not least is the next planetarian CD! This time we have a two-vocalist single, featuring the talents of Lia and Kitazawa Ayaka. The single two songs: The first is Hoshi no Fune sung by Lia and composed by Shinji Orito. The second is Gentle Jena, a vocal arrange of the well-renowned BGM from planetarian with the same title, composed by Magome Togoshi, as sung by Kitazawa Ayaka. Tracklist and album art are as follows: 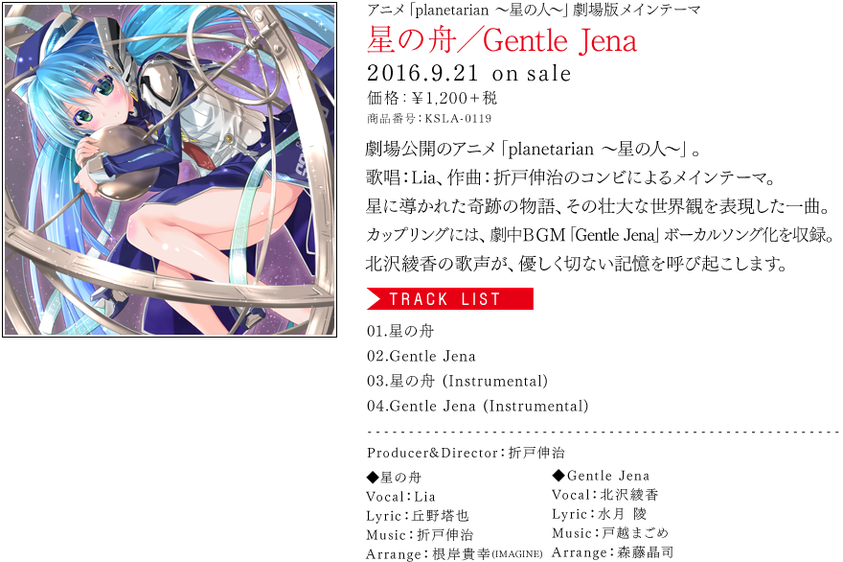 What’s more, this CD has been made available to purchase on itunes internationally! You can pick it up for $4.99 here.

All that said and done, this is an exciting time for Key music fans! It’s definitely great to see the large amount of music we’re getting for these series. Which songs are you looking forward to the most?

All information and images taken from the [Key anime info page].(http://key.visualarts.gr.jp/product/2016_anime/)