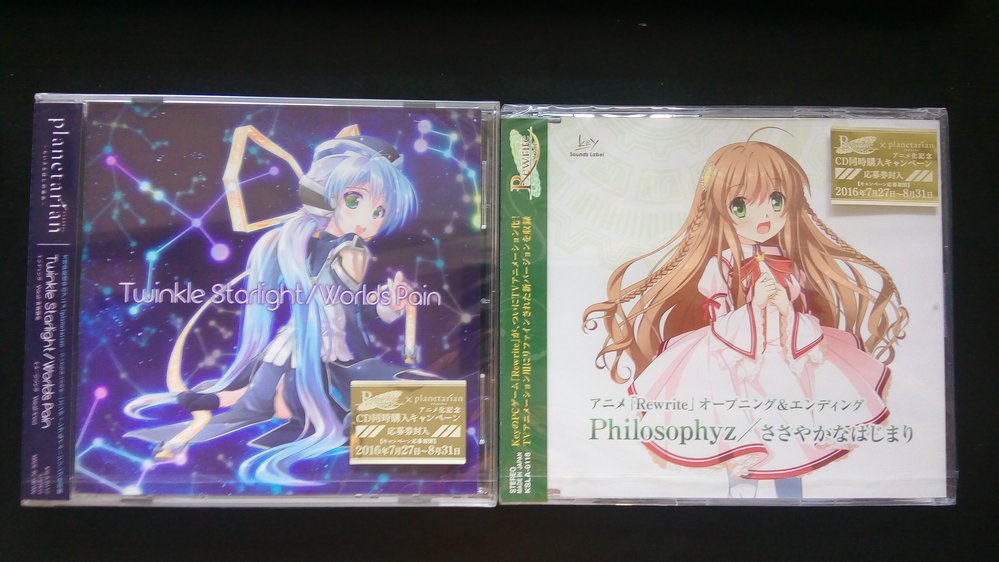 For those of you folks who have been keeping up with the Rewrite and planetarian anime, I’m sure you’ve all been enjoying the opening and ending themes of both series. You must all be thinking, however, “isn’t there more to these songs?” Well think no more as today, the single CDs containing these songs have now been released, including extended and instrumental versions!