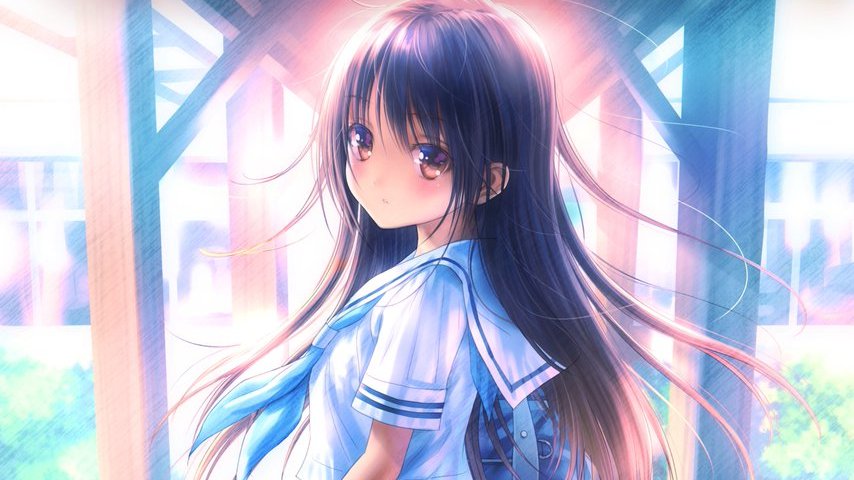 As promised, Maeda Jun’s new concept album will be released digitally worldwide at the end of the month! The album, which first released only a month ago is a collaboration between Maeda Jun and Kumaki Anri who previously worked together on Charlotte. Furthermore, the online release adds an extra minute-long interlude to track #9, Gin’iro Sekai. Maeda has mentioned that, during production, they were concerned about issues that could arise with CDs if the album length exceeded a certain point, so that means we get extra content now instead.

You can find the album over on Itunes and even Google Play.

Secondly, for fans residing in Japan, a concert celebrating the album’s release will be held on October 11! The event will be a standing concert at Tsutaya O-West starting 19:00 with the doors opening half an hour before that. Tickets can be purchased via Lawson or eplus.

Once the Little Busters Bookclub wraps up, the next thing we plan to do is host a continuation of our Love Song Bookclub in which we’ll be analysing this new album together as a community. If you like many of us are not fluent in Japanese, our good friend ShiraneHito has translated the entire album’s lyrics into English for us to enjoy. Please stay tuned for more details on that event in the months to come, we’d love for you to join us!

In the meantime, if you can’t wait to talk about the album, you can find a selection of forum topics for each song in the album over here. We’d love to know what you think of it.