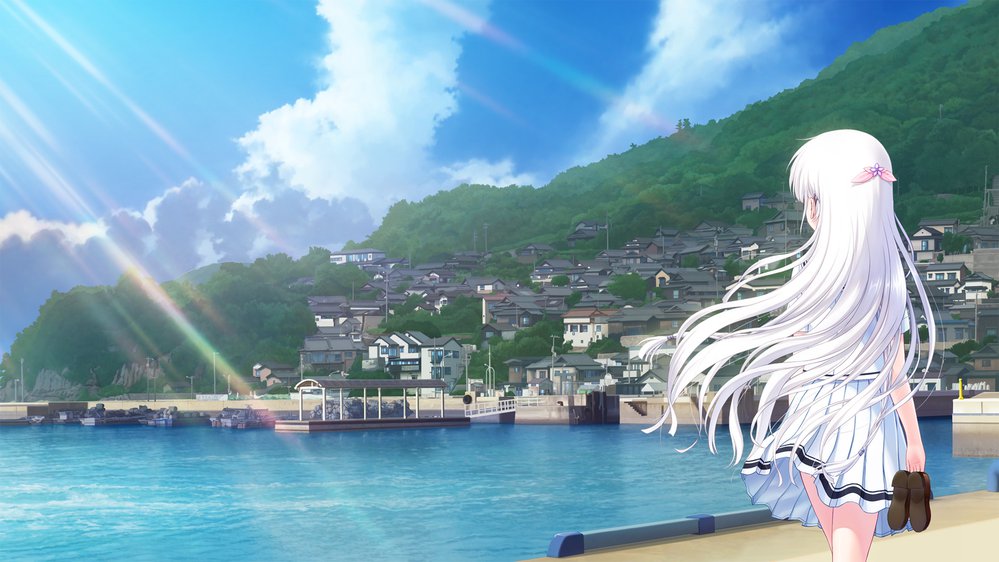 It’s been five years since Key last released a full-scale original visual novel with Rewrite. Today, the next entry in Key’s main series of nakige is revealed at last. As was mentioned six months ago, a new major Key visual novel has been in development for a while, and now we can finally put a name to it. It’s called Summer Pockets, and the teaser website gives us a glimpse of our white-haired main heroine Shiroha Naruse gazing upon the small island of Torishirojima, the setting of our story.

The teaser site also lists the staff involved with the project.
Jun Maeda is responsible for the original concept, but is not a writer on the project.
Character Design is by Na-Ga, Tsubasu Izumi, and Yuunon Nagayama.
Writing the scenario are Yuu Niijima, Kai and Hasama. With Kai writing for Key’s last three visual novels, it’s clear to see that he’s become their main writer as of late. Niijima is known for his work on Hatsuyuki Sakura.

Music is by Shinji Orito, Jun Maeda, donmaru and Tomohiro Takeshita. All familiar faces for Key music.
And lastly, Touya Okano is credited as the producer for the project, who you may remember as the writer of CLANNAD’s Sunohara route.

More details have been provided in a staff interview with Kai on the Dengeki G’s website. The story is set on an island in the Seto Inland Sea of Japan, and our protagonist Hairi Takahara has come to the island from town to sort out personal affairs. Four heroines are listed, with design sketches for each provided below. The heroine pictured above, Shiroha Naruse, is described as the girl who forgot summer vacation. To the right of her below is Kamome Kushima, a rich girl searching for a pirate ship. To the right of her is Ao Sorakado, a girl who is pursuing legends of the island. And the rightmost character is Tsumugi Wenders, a girl searching for herself. 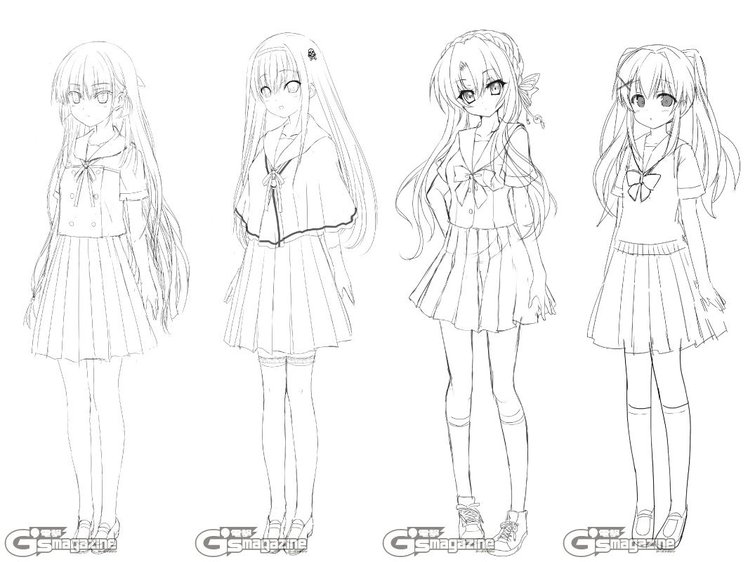 The interview mentions that the story is designed to evoke feelings of nostalgia toward a childhood summer vacation, and the title ‘Summer Pockets’ refers to the word Pockets as a place where memories are kept, like how a child would go around picking up everything they find and putting them in their pockets.

You can look forward to more details in the upcoming issue of Dengeki G’s releasing on the 27th of December! And on the 29th of December at Comiket, you can pick up ‘Summer Pockets Rough Note’ from the Key Set at the VisualArt’s booth at Comiket for even more details. In the meantime, feel free to speculate about the title in the discussion below!