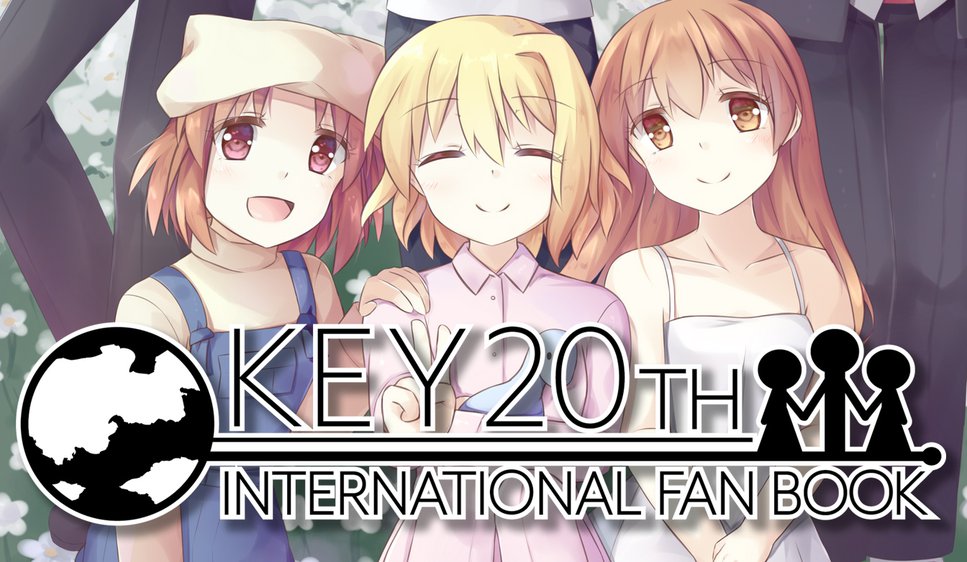 Let’s start from the start. Back in 2008/2009, there was an initiative to unite the passion of an international community of Key fans to communicate our love to Key themselves in the form of the Key10th Anniversary Letter Project. This didn’t end up panning out, but it was reborn 5 years later as Key15th. Fans from all over the world were invited to contribute by submitting fanart and letters to Key, which were to be compiled into a book and delivered to Key themselves. But yet again, the project failed due to various circumstances, and the torch was handed to Kazamatsuri in 2016. After all this time as passed, the situation had changed quite a bit. Key was no longer the final senpai the international fandom wishes would notice them;,since we’ve already been noticed. VisualArt’s embraced the international fandom with loving generosity, localising game after game on Steam to substantial success, and even announcing a future title to be released on Steam in English before anywhere else. So, with the duty of continuing the project, we announced The K.E.Y. ~ Key Enthusiast Yearbook.

It’s been over 2 years since the project was first announced. We’ve amassed a huge number of contributions from Key fans all around the world. But I’m sure many people have noticed there’s been a bit of silence surrounding the project. Regrettably, putting this book together has taken a lot much work than I or kyuketsukimiyu could’ve prepared for. However, rest assured that we have never stopped working on it. The project is still alive and well, and today, we’re hoping to breathe new life into it once more under it’s new moniker, Key20th; the final evolution of a decade old wish. As proof of our work, we have a complete demo of the AIR chapter of the book available for your viewing!

The Key20th International Fan Book is a crystallisation of two decades worth of Key love from all around the world. Our hope is to once again ignite the creative passions of the international Key fandom and consolidate them into this awesome book we’ll be distributing both as a free PDF and sold as a bound book online. By doing this, we hope to communicate to VisualArt’s and Key just how thankful we are that they’ve finally decided to release their titles overseas, and show just how much these stories mean to us.

Key20th will be separated into chapters, each focusing on one of Key’s titles. There will be a page spread for almost every route from every game (and some not-games) Key has authored. The book will showcase fanart and other creative work produced by the community, accompanied by written content reflecting on just what these stories mean to us. It’s more than just an artbook, we want to create a book that really reflects the love and passion behind the Key fandom, and gives those fans a voice, even the ones that aren’t artistically inclined. 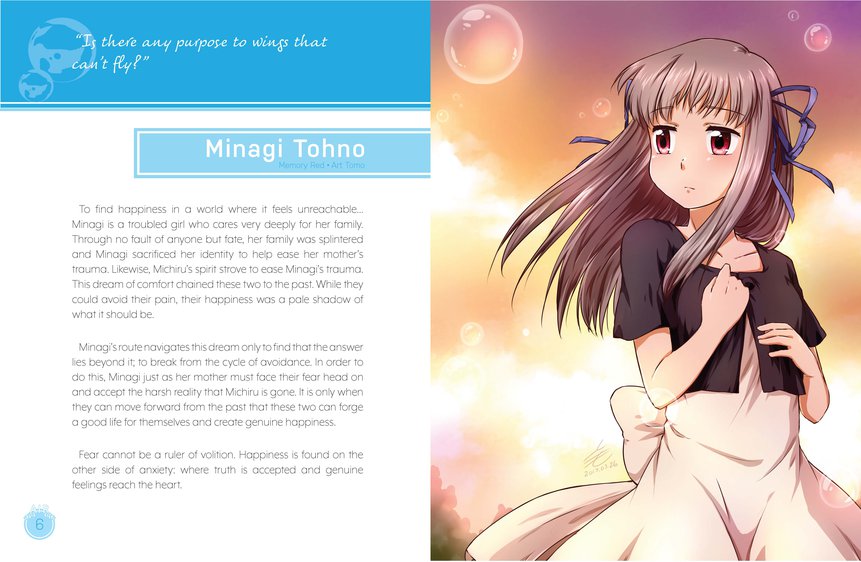 We are collecting all sorts of fanworks the community has produced over the years and curate our collections for inclusion in the book. We’re accepting fanart, cosplay and craft photography, links to external media like music and videos, and also written content by fans sharing what Key’s stories mean to them.

Additionally, we’re not limiting this to new creations. If you have some old Key fanart or creative work lying around that you’d like to put to use in Key20th, then by all means share it with us! This is being produced to commemorate all the dedication of the international Key fandom up to this day, so we’re not going to hold back. The more submissions the merrier! 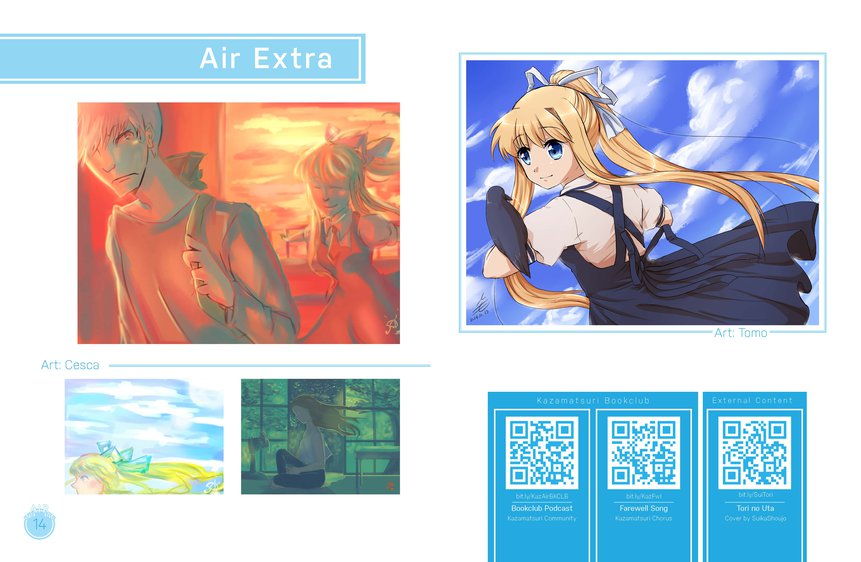 We’re also offering Dango Tickets as rewards for completing bounties, satisfying the art we need to fill the book. To maximise your chances, aim to submit art in portrait orientation with at least 2550*3330 resolution.

You can check this spreadsheet for up-to-date info on which bounties are available, what rewards you can exchange your Dango Tickets for, and how many Dango Tickets you have accumulated.

You can also earn Dango Tickets for referring other creators to the project who then go on to submit approved contributions! And we also have our greatest treasure, a very rare and valuable Kagari art signed by Itaru Hinoue to give away to the person we deem the top contributor to the book.

We are currently accepting submissions!

To join the project, first you need to sign up as a contributor by using this form here.

Once your profile is set up, you can submit content using this form here! Please fill out a new form for each piece of content you wish to contribute. If you would like to modify your contributor profile or one of your old entries, please PM Aspirety and I’ll sort it out.

Remember, 2550*3330 for Fanart (portrait), and aim for 160 words for written submissions. If you have any questions, feel free to fire me a message.

With your help, we can create the greatest compilation of Key fanworks in the world, and demonstrate to Key just how grateful they are for all the stories they’ve brought us.