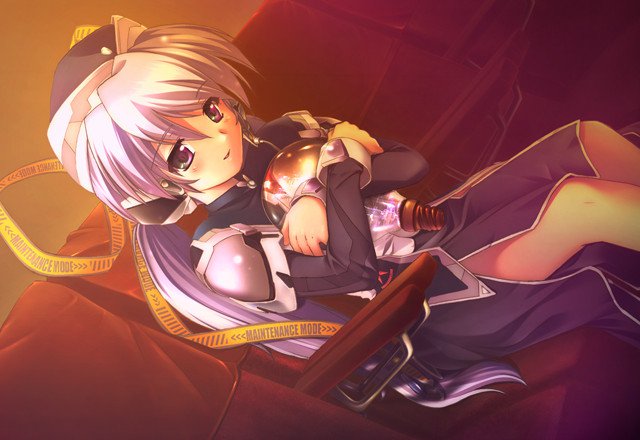 Following the recent news that Sekai Project would be brining Planetarian to Steam, I sought out to get an interview with one of Sekai Project’s members for an exclusive interview, and Sekai Project’s CEO Raymond Qian (aka dovac) happily obliged!

Aspirety (Me): Thanks so much for taking the time to talk today, dovac. For our readers who are unaware, would you mind briefly talking about who you are, what Sekai Project is and your role in the organisation?

Raymond Qian (dovac): Hi I’m Raymond Qian, CEO/President of Sekai Project and I mostly work on directing company goals and future projects. Sekai Project is a startup that was formed last year with the goal of helping creators get more exposure to the world. We are a multinational group of fans and creators, working to promote multimedia and content.

Me: *My understanding is that one of your main foci is bringing Japanese Visual Novels to the west, which is a noble goal itself. Our website is home to many Key fans, and most of us are big fans of Visual Novels, so many of us would’ve heard of you by now with your recent projects getting Narcissu and World End Economica on Steam. While there is competition for localising Visual Novels, it seems to be a territory most organisations are afraid of touching, arguably because Visual Novels are so different to anything else on the western market. I’m interested in knowing what motivates Sekai Project to deliver these experiences to the west, and what the Visual Novel medium means to you guys. And also, had any of you experienced any of Key’s stories before now? What do you think of them?*

dovac: We’re currently focusing on Visual Novels because the market in Japan is quite open to the idea of having more of their games to the west. While I’ve played a few of Key’s game I never actually finished any due to time constraints. From what I’ve experienced so far they’re quite good at making people cry.

Me: They’re definitely good at making people cry, ahaha. It really does seem like the Japanese market is opening up to the idea of marketing their games to the west, something that was previously thought un-thought of. It’s a very exciting time to be a Visual Novel fan in the west. *Imagine our joy and surprise to see you guys bringing Planetarian to Steam! First off, on behalf of the community, thank you, and congratulations! I think you’ve earned the right to brag about this achievement. It’s something everyone had dismissed as impossible, but you guys made it happen. We’ll be doing everything we can to ensure it sells well. I feel like it’s something there’s been a huge demand for, so it’s great to see it finally happen. I imagine you must’ve had your eyes on Key and VisualArt’s for quite some time, but many of us are interested how Sekai Project came in contact with them. Who contacted who? How did VisualArt’s respond? Was it a smooth process, or did it take time to establish an agreement?*

dovac: Unfortunally I cannot go in to details, but we did run in to Baba-shachou during an event: https://sekaiproject.com/blog-en/golden-week-series-comic1character1/ I’ll just leave it at that. (I wasn’t in the picture as I was taking it with google glass)

Me: *So you have met Baba himself! That must’ve been a cool experience.*

Are you able to give us any indication of how much Planetarian will cost? Similar price to the iOS release, or more?

dovac: Visual Arts is deciding the price, we can only advise them on how to price it.

Me: *Any word on Steam Cloud support, or Trading Cards?*

dovac: Steam Cloud would be hard at best as the osx/linux engine will be quite different from what the current Windows one uses. Maybe in the far future? Cards would require assets which will be hard to get, but we will ask about it.

dovac: Without giving anything away, please look forward to our release of Planetarian.

So there you have it! I’d like to thank Raymond and Sekai Project for granting us the opportunity to conduct the interview. The Kazamatsuri.org community will be keeping a close eye on events as they unfold in the lead up to the Steam Release of Planetarian, and the possibility of any future Key titles that may come after. Everyone, don’t forget to spread the word of this release and get people hyped! Let’s drive those sales.