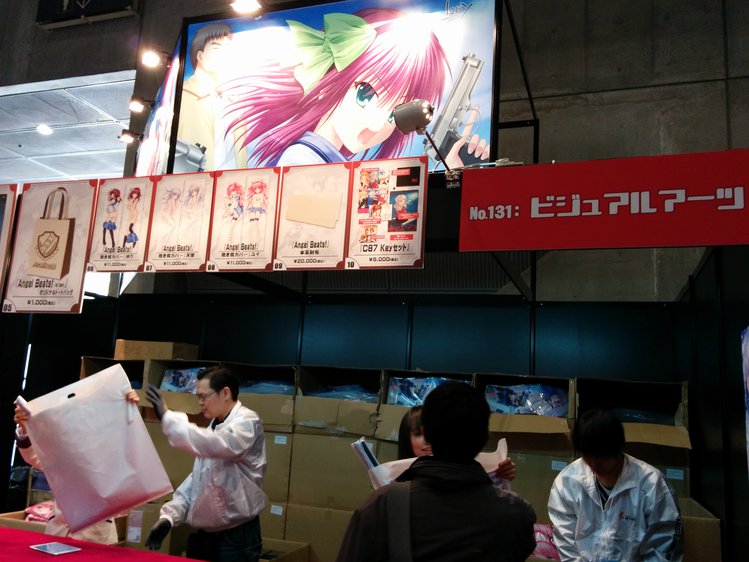 Today marks the beginning of Comiket Special 6 - OTAKU SUMMIT 2015- in the Makuhari Messe convention center in Chiba, Japan. Comiket Special was one of the upcoming events that Key has lined up for 2015, and we mentioned it in our previous news entry here.

I was able to attend the event today, and, at the sales booth, they were offering items such as an Angel Beats! -1st Beat- Set containing a copy of Heartily Song (4 days before the commercial release date!), planetarian English Edition, some Charlotte tapestries, and even an Angel Beats! wallet costing 20,000 yen (around $170 US).

On the side of the sales booth, however, they had a large TV screen scrolling advertisements for HOLY BREAKER!, planetarian English Edition, CLANNAD International Edition, and Angel Beats! -1st beat-’s opening sequence, Heartily Song! This is the first time that this opening sequence has been revealed to the public, and it shouldn’t be long until they upload it for public viewing online. In the meantime, I took a short snippet of the video, as a sneak preview of what the upcoming Visual Novel has in store for everyone, so take a look!

Some more pictures taken at the booth: 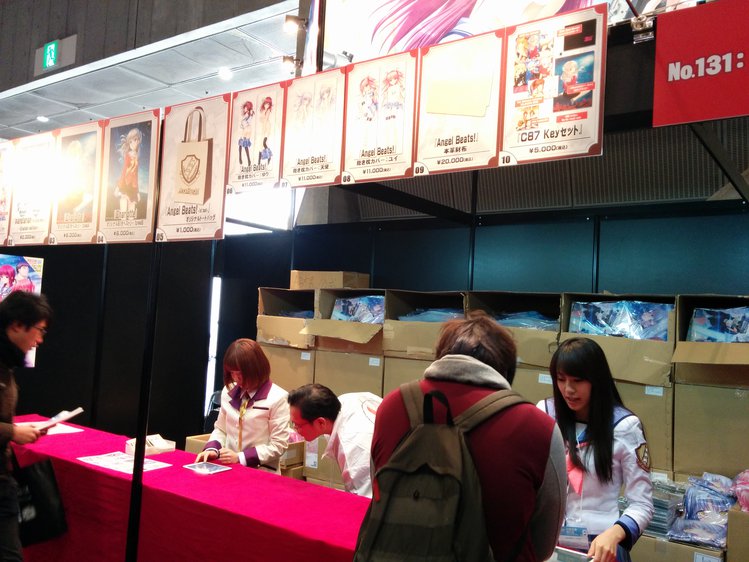 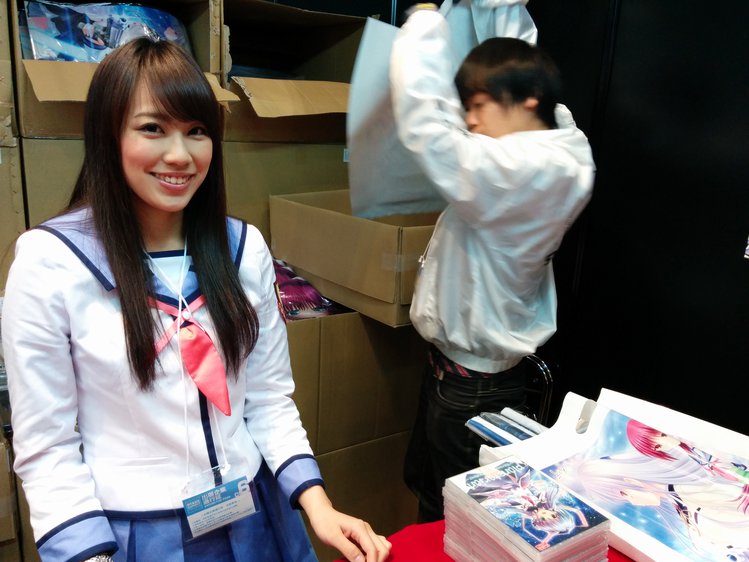 VisualArt’s has been going all-out with their promotion of Angel Beats! and are slowly revealing more and more information as the release date approaches. All this new info is just increasing the overall hype for the game, and, frankly, it’s just getting me and everybody else more excited!