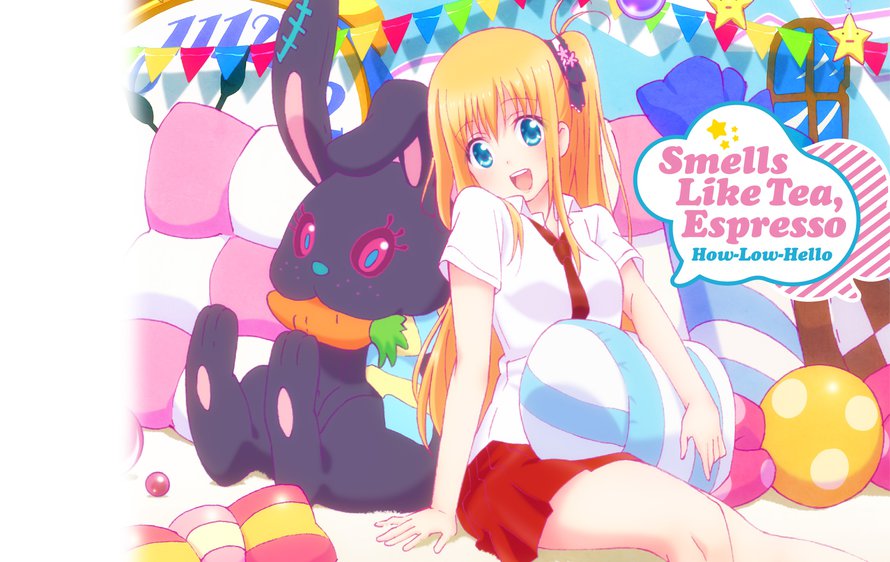 Howdy everybody, and welcome to another series of the Weekly Charlotte Music Update! First up, as you can see above, How-Low-Hello’s upcoming album, Smells Like Tea, Espresso, now has its official cover art announced! We have an image of Yusa Nishimori surrounded by lots of fluffy things, which suits her upbeat personality quite well, if I do say so myself.

Up next is ZHIEND! Last week, we were introduced to a new song, Vanishing Day. This week, we now have a high-quality upload from the VisualArt’s YouTube channel. Hope you all listen and enjoy this Girls Dead Monster-esque ZHIEND song.

Another bit of news that we missed last week; Key Sounds Label has announced that purchasing all three Charlotte albums, namely, Smells Like Tea, Espresso, ECHO, and the Charlotte Original Soundtrack, will give you a raffle entry for a chance to win a rare, signed shikishi of Nao Tomori, featuring an autograph from Na-Ga himself! Only 3 people will get the chance to win the genuine shikishi, while 200 people will get replicas. Unfortunately, it seems this raffle is limited to Japan only, but I’m sure a few proxy services may be able to help out. 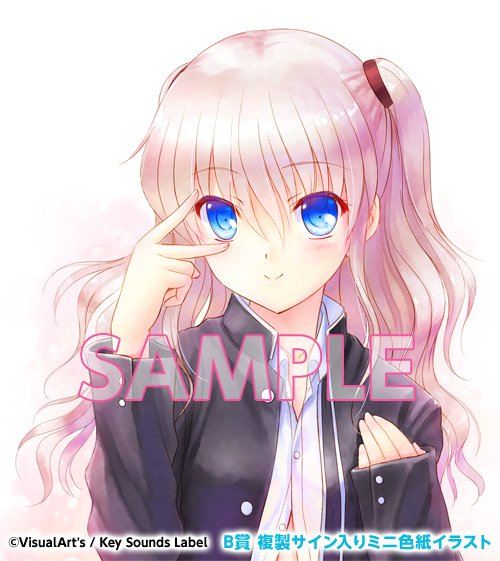 A pretty picture of Nao Tomori wearing…. The male Hoshi no Umi uniform!?

And the last bit of news for today! Since today is September 9, 2015, this also marks the release of ZHIEND’s own single, Trigger, featuring songs we have heard throughout the series in both the original English version, with bonus Japanese versions of the tracks. If you haven’t picked up your copy yet, you can get it on CDJapan and Play-Asia. Have you guys listened to it yet? What do you all think? Let us know in the comments section below!