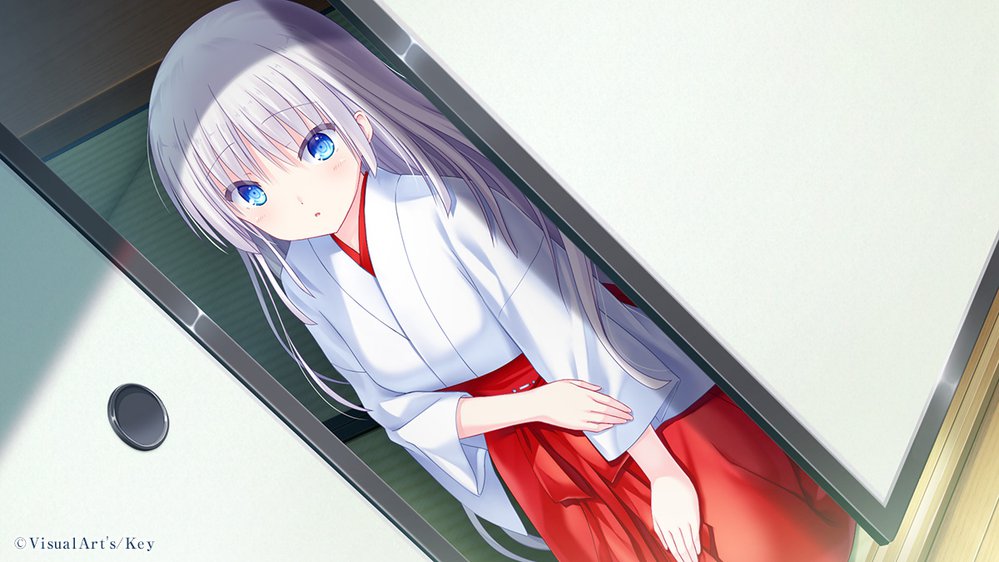 It’s time for more Dengeki G story extracts. It seems we’re getting into mid/late game stuff now!? So prepare for potential spoilers. The page comes from Moetron as usual. We’ll also be covering details on the ending and insert songs that have been announced throughout May. 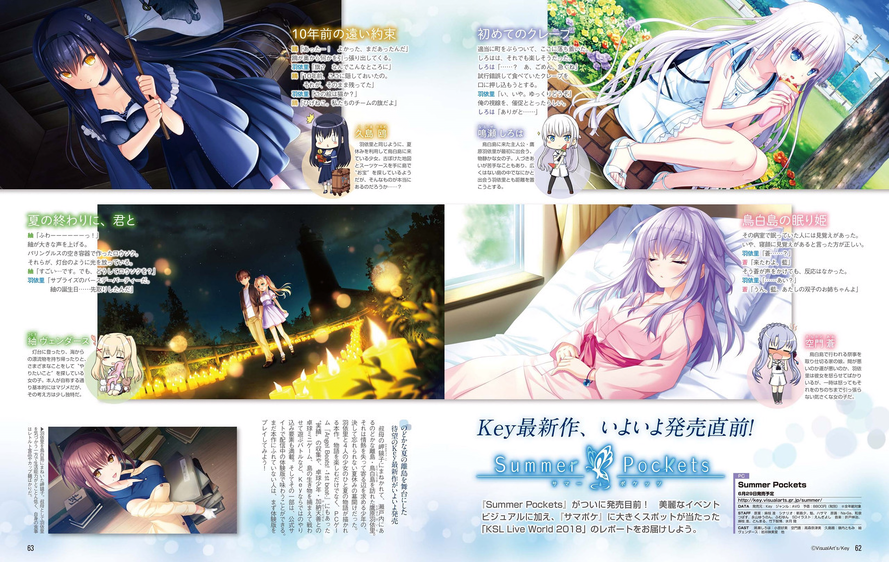 Kamome: “It’s still here! That’s amazing!”
Kamome took something out from a corner.
Hairi: “A flag? What’s that doing here?”
Kamome: “We hid it here 10 years ago. Looks like no one found it.”
Hairi: “Is that a cat?”
Kamome: “It’s Cat Beard, our team logo.”

Rounding off the Summer, Together

Tsumugi: “WO〜W!”
Tsumugi was very surprised.
All the candles I’d made from the Prangles cans,
They were now all lit up like a lighthouse.
Tsumugi: “This is…incredible. But why so many candles?”
Hairi: “It’s a surprise birthday party.”
I wanted to celebrate Tsumugi’s birthday in advance.

After just walking around town, we took a break.
Shiroha seemed happy with that though.
Shiroha: “…? Oh, sorry, I’ll hurry up.”
She awkwardly tried to force the crêpe into her mouth.
Hairi: “No, it’s fine. Take it easy.”
I guess she thought I was staring to pressure her.
Shiroha: “Thanks…”

This tweet from about two weeks ago announced the details for the first three new songs from artists we already knew about.

However the first announcement made no mention of Jun Maeda, who had been confirmed to be working on a music piece for the game. This has now been revealed to be the grand ending song–presumably like Clannad’s Tiny Palms or Rewrite’s Canoe–titled 『ポケットをふくらませて』meaning With Filled Pockets. Maeda worked on lyrics and composition, with arrangement by bermei.inazawa and performed by rionos. I looked up a crossfade for one of her albums, and it feels pretty Love Song-esque. There will also be a choir part from Mari Yura and violin work by one Chiho Saito.

I’m not the right person to talk about music, but I’m sure all songs will turn out nice. We’re so close, guys. The game will be out before the next Dengeki issue even. VisualArt’s are right now counting days on Twitter, saying the game will go gold on June 8th. My body is ready to hunt for pirate booty, how about you?