"How many seasons do people live through this way? The delight of meeting and the sadness of parting. We wait for the next season, tightly holding on to both of those feelings. We’ll smile for today while watching the gentle sunset, and entrust our dream to tomorrow. That way, we can face what lies ahead… We can’t help but live like this. I think to myself- People aren’t sad that things change. We’re sad because we can’t live without changing."

AIR is Key’s 2nd visual novel, first released in 2000. It tells the story of the lone traveller Yukito Kunisaki, who is continuing a journey passed on from parent to child through his family for generations - to find a girl trapped in the sky. The story takes place during the summer in a seaside town of Japan, where Yukito has become stranded after running out of money, and is hoping to get back on his feet. There he meets three girls who the reader can choose to interact with or not, and depending on who he chooses, he begins to suspect that they may be the girl from the story; the one he is searching for. A story 1000 years old begins to unfold. AIR was a notable departure from the formula set in place by Kanon, with it’s complex and thought-provoking story perplexing and inspiring many readers, to great critical acclaim.

Important Note: Certain releases of this game contain pornographic content. If you are not of legal age, please take steps to play with the 18+ content removed. We’ll explain how below.

The game is split into three arcs: Dream, Summer and AIR. Dream makes up the bulk of the game, and includes the three heroine routes. The first route you start on is Misuzu, but if you choose to leave her route you’ll find yourself on Kano’s route, and from there depending on your choices you can either stay on her route, leave and find the bad ending, or end up on Minagi’s route. Given this, the recommended route order for the Dream arc is Common/Bad > Minagi > Kano > Misuzu. Summer is unlocked after completing all three heroine routes and contains no choices, and AIR is unlocked after completing Summer, which makes for a total of five distinct routes, with Summer and AIR collectively serving as the climax and true ending of the story. Kano’s route was written by Takashi Ishikawa, Summer was written by Yuuichi Suzumoto, Kai wrote the second half of Minagi’s route, and Jun Maeda wrote Misuzu, the first half of Minagi, and AIR. The game clocks in at about 49188 lines of dialogue, with our vague estimate of reading time at around 40 hours.

For a walkthrough on how to progress through the routes, click here.

AIR was first released as an adult game on the 8th of September, 2000 as a limited edition release, and was later re-released as a regular edition on the 19th July, 2001. Later that month, All Ages Edition was realeased on the 27th, removing the adult content. On the 8th of April 2005, an updated adult version for DVD was released titled AIR Standard Edition. On the 31st of July 2009, Key released an updated all-ages version of AIR in the Key 10th Memorial Box, which also saw a standalone release titled AIR Memorial Edition on the 28th of May, 2010. The game also received ports to Dreamcast, PS2, PSP, Android and iOS, some of which added voice acting, but none of them received any English translations so I won’t go into detail about them here. The games have also spawned a vast franchise including manga, drama CDs, arrangement albums, an animated film by Toei Animation and a 13-episode anime series by Kyoto Animation.

After you own the game, you’ll need a translation patch to play the game in English. The road to translating AIR has been a long, long journey that’s lasted many years and many failed translation attempts. But the good news is that in 2014, two independent translation projects have risen above the others. The first, the Winter Confetti patch, aimed to translate the entire game from scratch. It translates all of AIR Standard Edition into English. I’ve been unable to confirm if it works with earlier versions of the game, but forum member Takafumi has figured out a trick to getting the patch to work on Memorial Edition by essentially converting it into Standard Edition. To do so, just follow this guide.

Alternatively, there is a second patch by Gao Gao Translations which aims to translate the game by combining a selection of scripts left by others over the last decade who were unable to complete the project. It’s strangely romantic seeing how the baton has been passed on from one translator to another; reminds me a lot of a certain protagonist and his journey. Unfortunately for them, they were not able to complete their translation before Winter Confetti, so they’ve been left the runners up. What you should know about their project though is that once it’s complete, they plan to release an all-ages switcher application which gives users the option to convert the game to an all-ages version if they so choose. That should sound very appealing to those who don’t care for the 18+ content. The patch currently available for download translates the entirety of the game, but the script still requires some editing before they can call it final. I’ll leave it up to you to choose which patch you’d like to download.

For a summary of all the different patches, and how to get the game running in your particular version of the game, or removing/adding 18+ content, Takafumi’s topic here should be helpful.

As with most Japanese games, the game isn’t designed to run on overseas computers, so you have two options. The most reliable method is to change your system locale to Japanese (Guides for Windows and Mac). While reliable, the downside is that it can cause some unwanted side-effects, such as changing the backslash symbol to the yen symbol, applications installing in Japanese, and some potential issues displaying other languages. Your other option is to use applocale, which you can find here. It tricks applications into thinking your system is Japanese without the side-effects, but it doesn’t work for everything.

You can purchase Standard Edition from the following Japanese websites with a proxy:
Amazon.co.jp
Getchu
If you’re unsure how to purchase goods from amazon.co.jp, here is a helpful guide.

While it’s not ideal, you can buy Memorial Edition from these western retailers without a proxy:
J-list
Amazon.com

The game also received a 13-episode anime series by Kyoto Animation. It’s generally regarded as a decent adaptation, much better than the movie which came before, but there are still many who claim that the visual novel is vastly superior.

If you live in North America, you can purchase the series, watch it for free or watch through Funimation’s Elite service on the series page here.

If you live in Australia, you can purchase the series through Madman Entertainment here.

If you live outside of North America or Australia, you’re probably going to have to import. Fortunately, Madman does international shipping. If you’re interested in importing, make sure your viewing equipment actually supports the Australian DVD you’re purchasing. For more information on playback, read their FAQ. 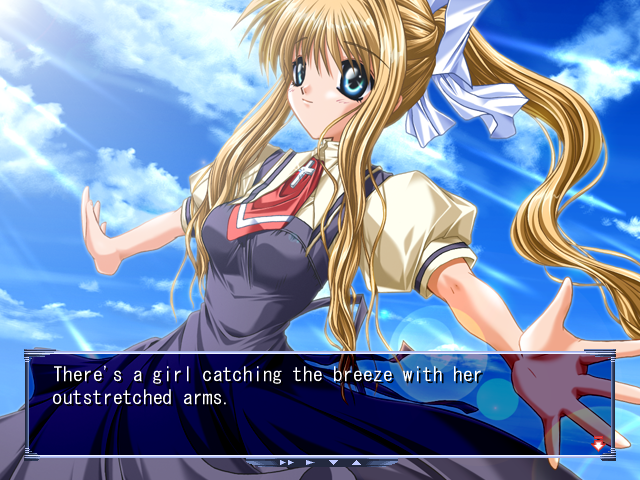 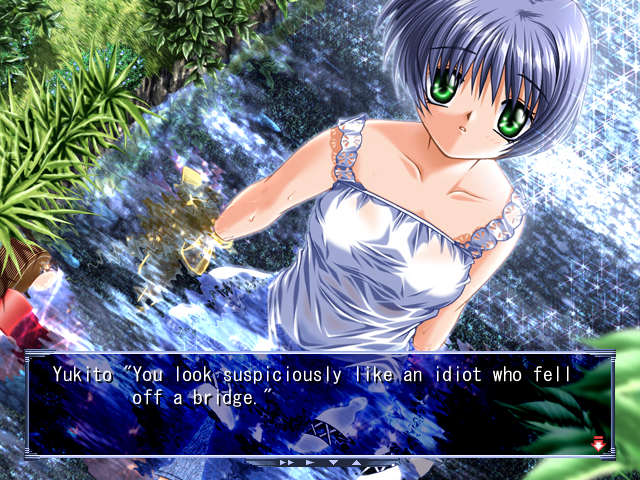 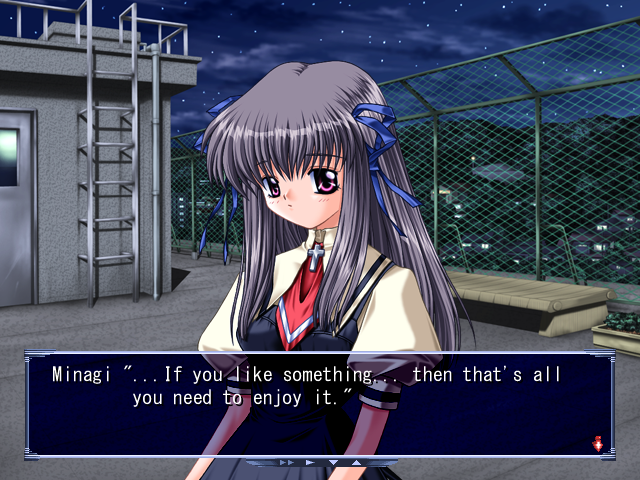 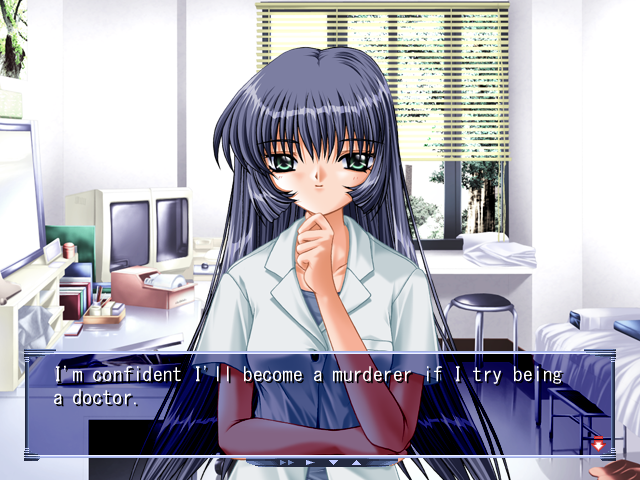 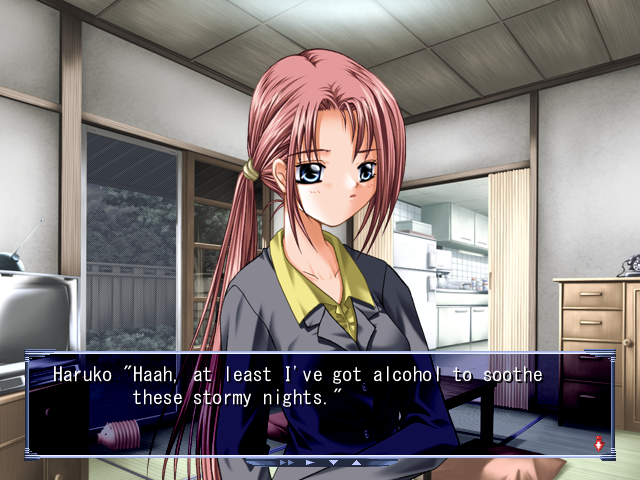 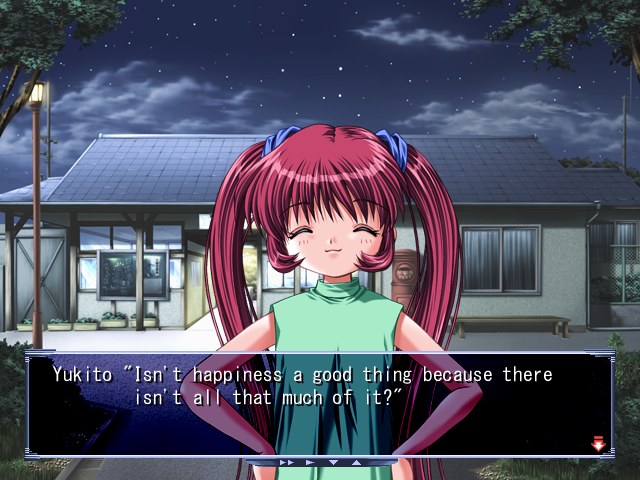 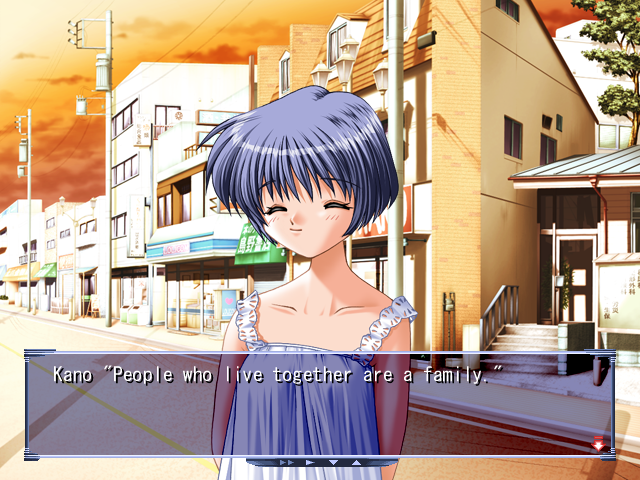 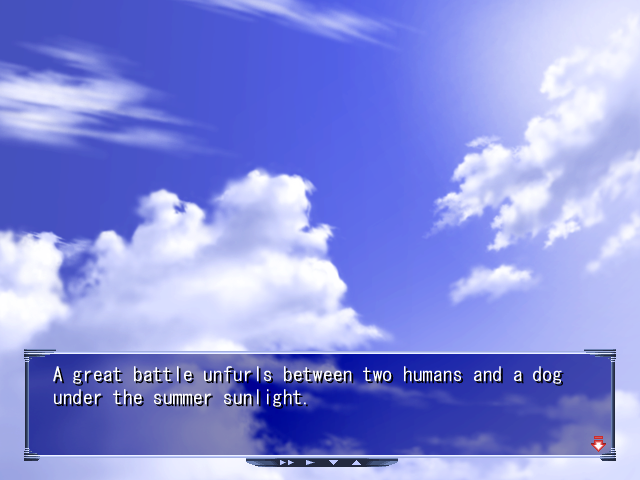 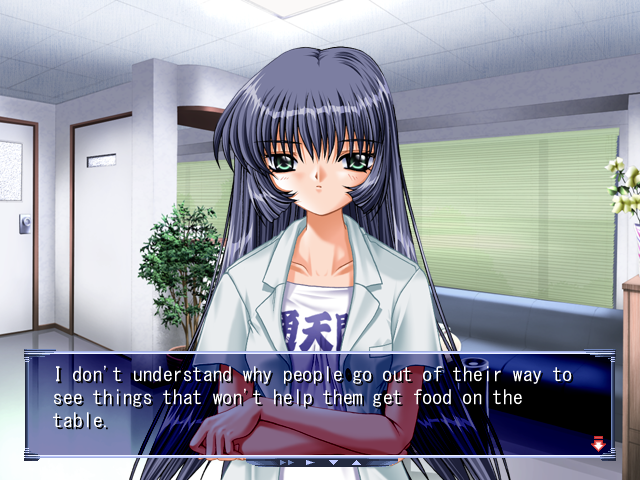 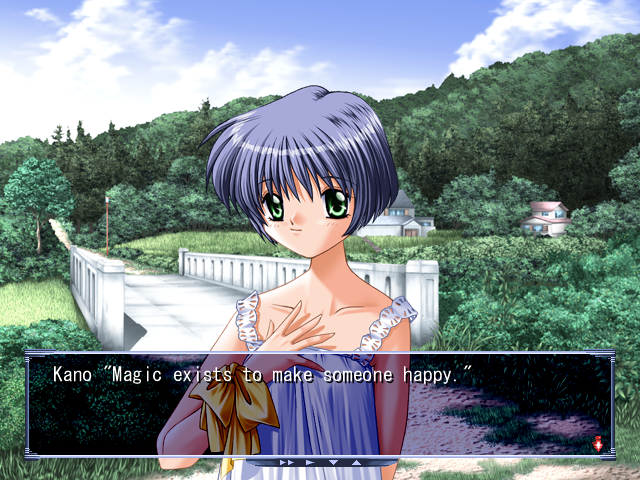 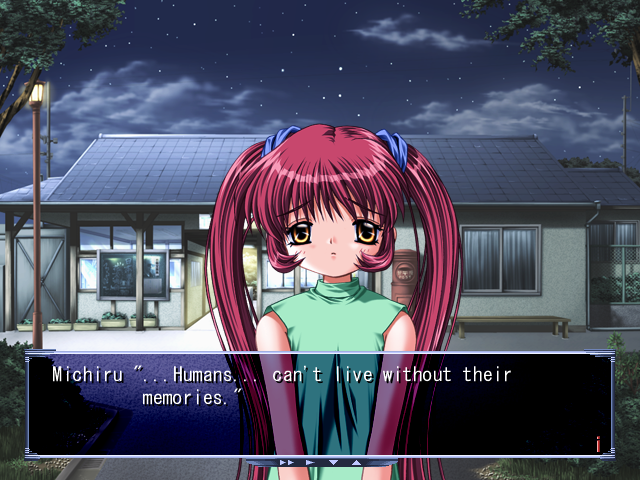 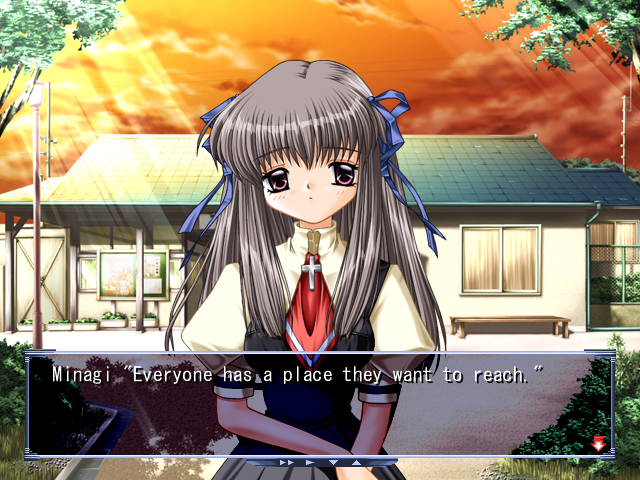 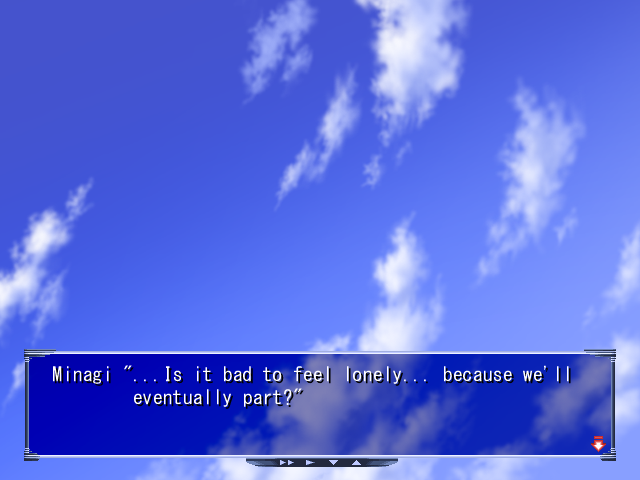 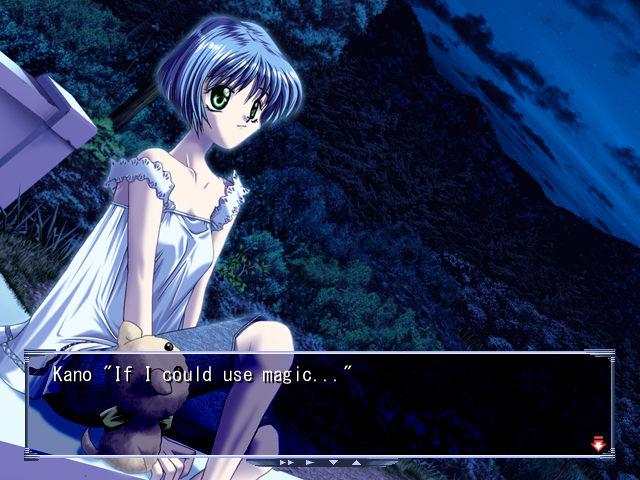 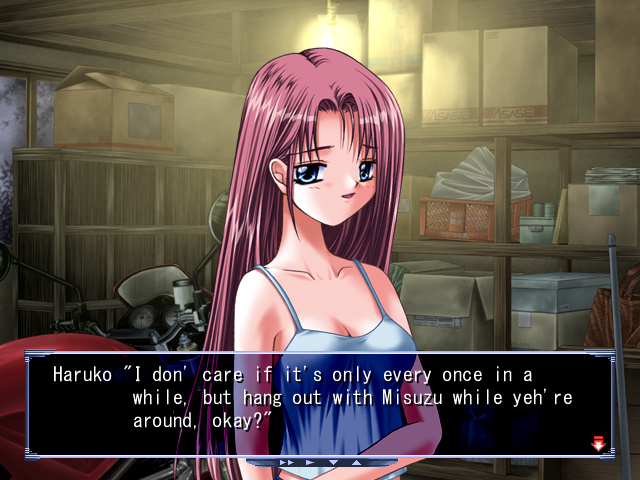 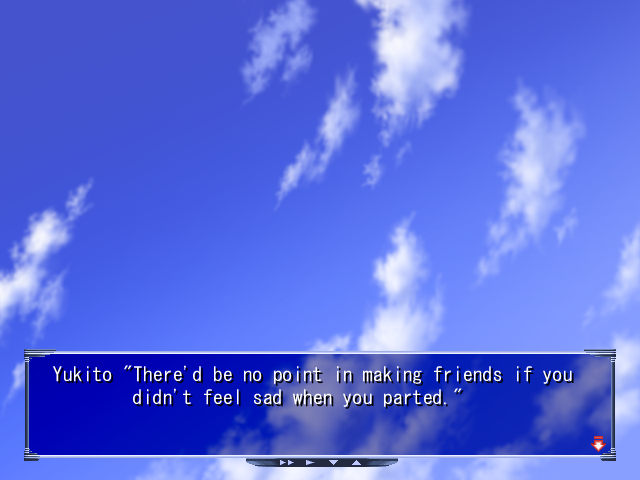 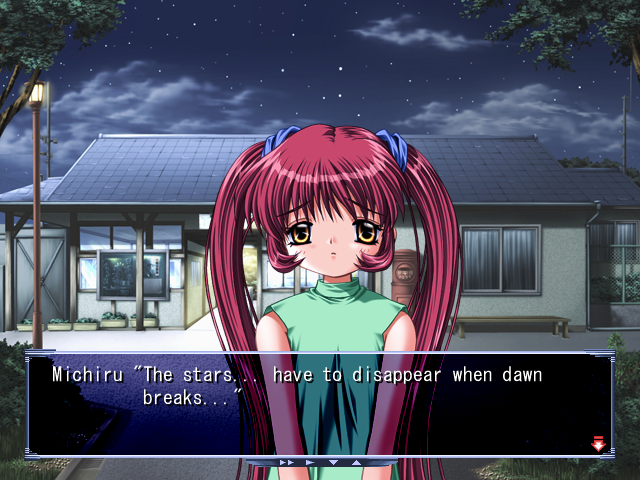 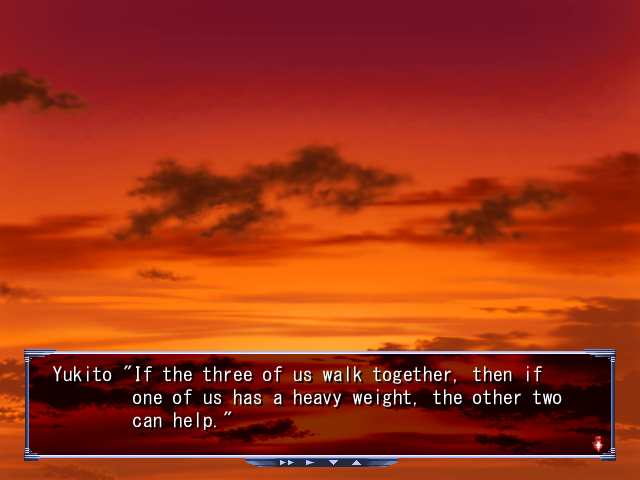 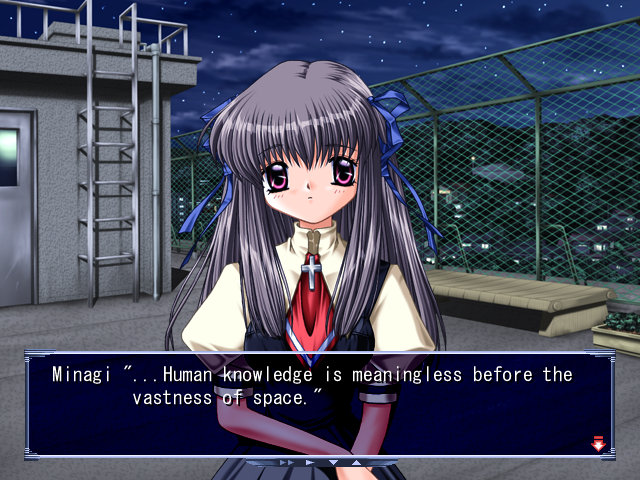 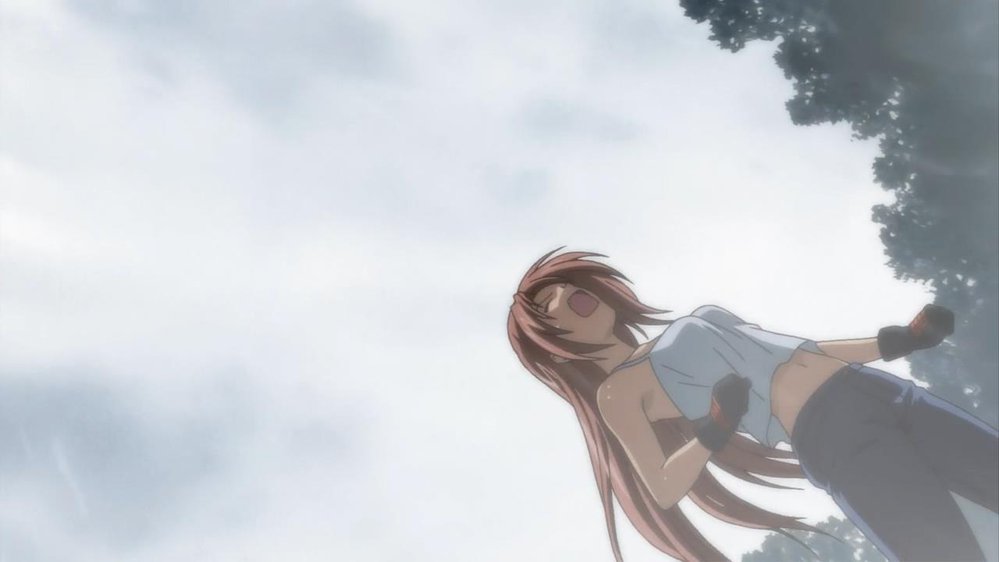 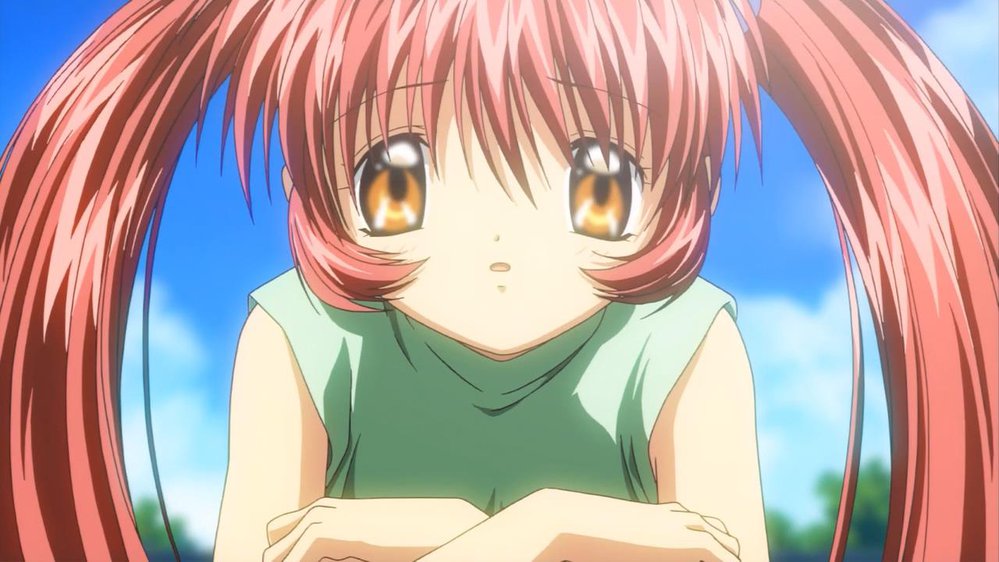 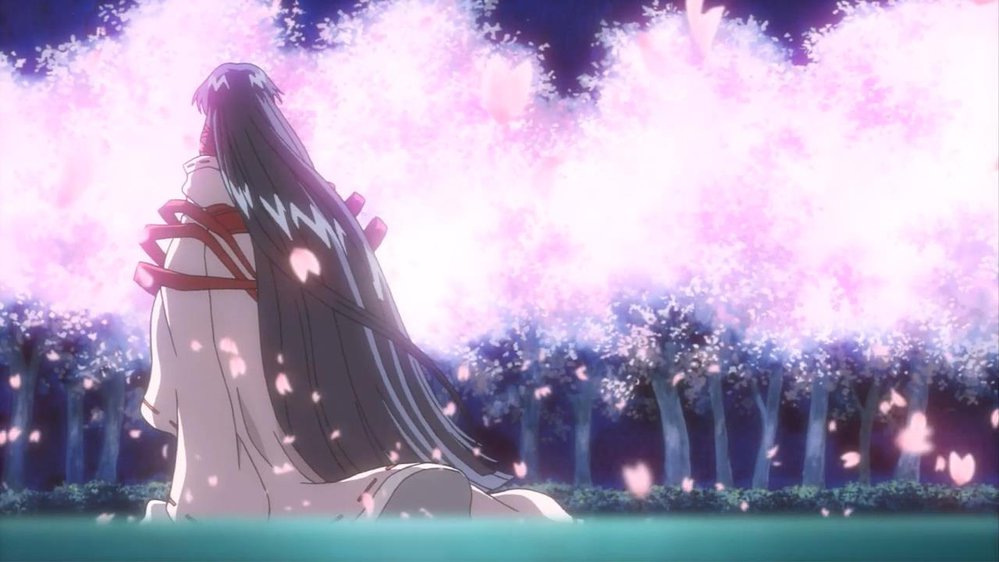 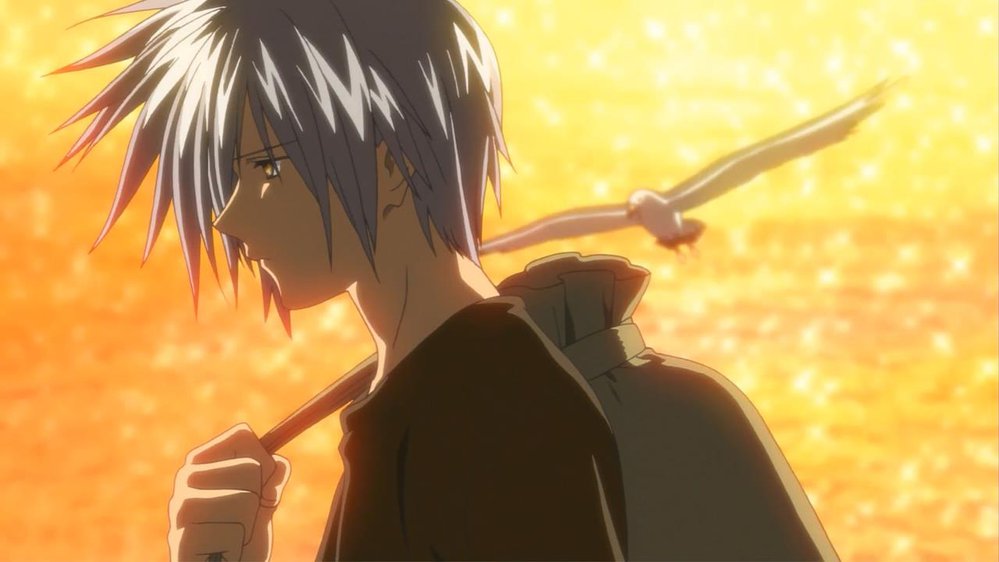 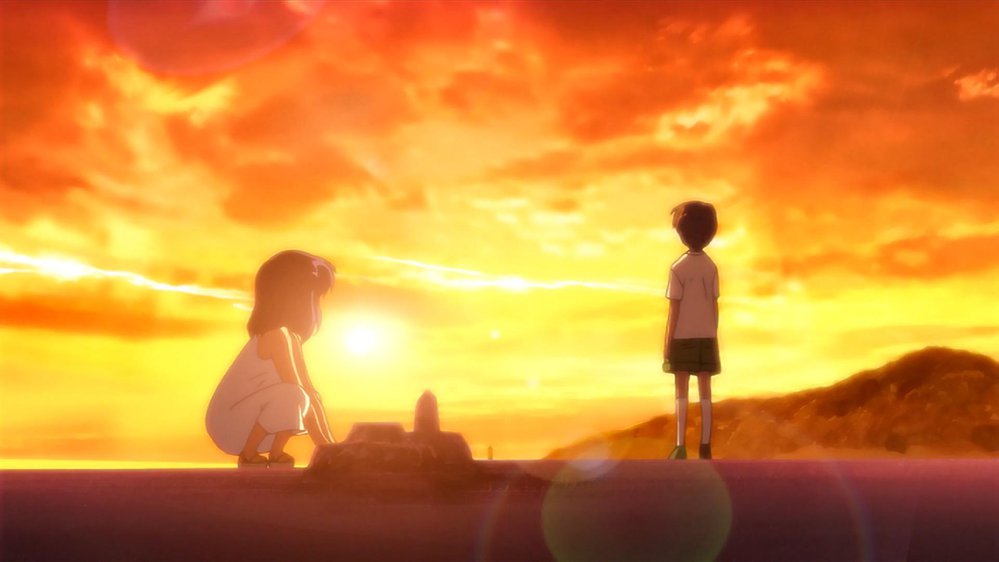 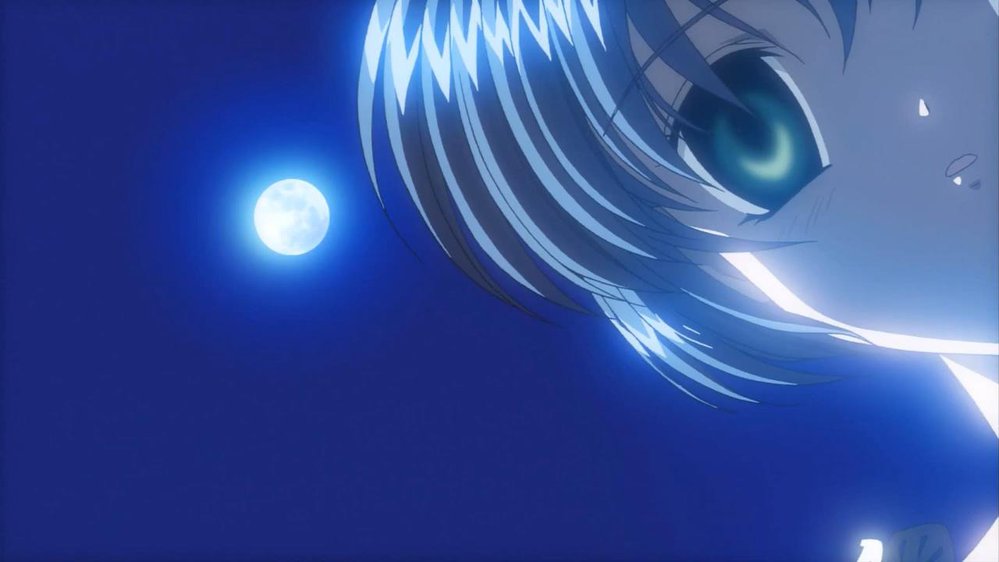 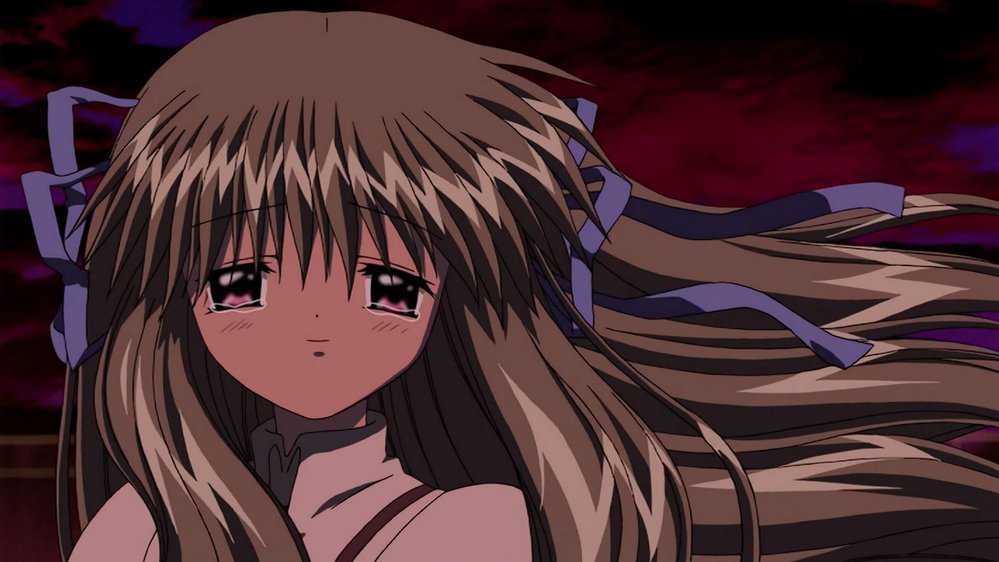 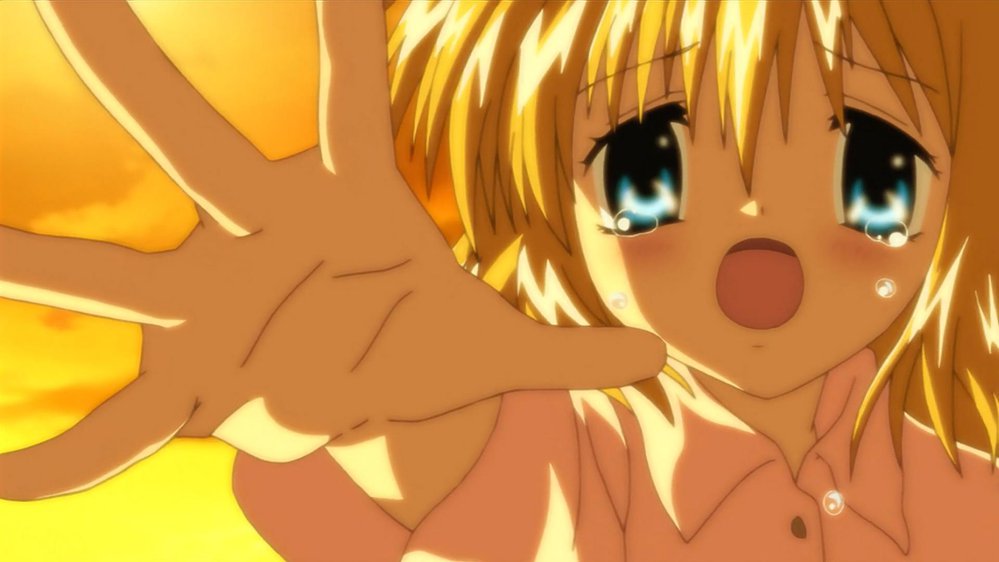