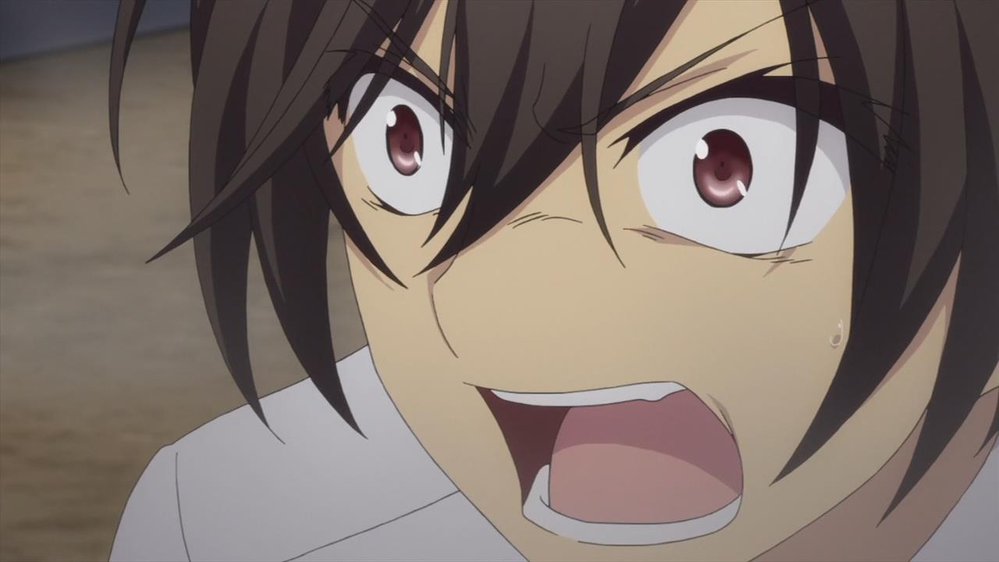 For those of you that have been following the Charlotte anime recently, you may already know that Episode 6 was a pretty big turning point in the story. As such, the good folks from Dengeki G’s were able to interview the writer himself, Jun Maeda, about some of the information about Episode 6 and where the series would be going from there.

The interview was released shortly after Episode 6 was aired in Japan, and was posted as a two-part interview, the first part published on DENGEKI ONLINE, and the second part published on Dengeki G’s Magazine.com. Fortunately for us non-Japanese readers, a translation of said interview has surfaced online. We currently don’t have any information on the actual translator, but one of the earliest sources of the interview was a post on the MyAnimeList forums. You can also read the full text of the translated interview below!

Please note that the interview contains heavy spoilers from Episode 6, and potential spoilers about the future of the series. You have been warned!

DENGEKI ONLINE: We’re finally at episode 6. You’ve said that “The real story starts at episode 6”, can you summarize the important points of the episode?

Maeda: It should be, the story is finally starting to develop from episode 6. But the production won’t say “The real story starts from episode 6” as if we’re only showing you guys the boring stuff as it will only make things more difficult from here on. I kind of regret saying it at the start.

DENGEKI ONLINE: Because of episode 6’s unexpected developments, much of the audience wants to know what comes next. Could you tell us a bit about that?

Maeda: The MC’s development is what. Although his development started from the first episode, it’s not enough. But with someone’s death, things are going to change. I understand people are going to say “Not this shit again” but please bear with it for now.

DENGEKI ONLINE: Interview with production members tells us that Kumagami will be a key character. What will be his role later on in the story?

Maeda: Kumagami is a very special character. He’s not only _____. As episode 2 tells us, he can track ability users as well as find out what their powers are. Behind the hair hides a handsome face, and that is when he reveals his true power. He is also _____’s helper, as well as a friend to Tomori’s group.

DENGEKI ONLINE: Tomori and Takajyo seems to be hiding something from Yuu. Is there a secret they know that he doesn’t?

Maeda: Yes. Takajyo during episode 5 said that “You have ________’s power. Tomori and Takajyo both knows Yuu’s true power from Kumagami, but Yuu doesn’t know at this point.

Dengeki G’s magazine: Now that we’re at the second half, can you tell us a bit more about the second promotional artwork?

Maeda: As of now, the show gives off the vibe of “The daily lives of ability users during adolescence.” The second promotional artwork is meant to break that atmosphere. It’s a bit similar to my part work “Moon”, and when I was writing the show I felt that it won’t be a good idea to go down that path.

Dengeki G’s magazine: There’s a lot of discussion within the fanbase about Yuu’s power. What is your opinion about their discussions?

Maeda: I’m happy to see everyone worked up over it. But I think that those who know me knows that the story as of now doesn’t have all the cards on the table. There will be more unexpected developments coming up, and I hope you guys will look forward to it.

Dengeki G’s magazine: You saw the audience’s reaction online. How do you feel right now?

Maeda: I think the success of the work depends on how well it is received online, so I do feel happy about that. But it isn’t enough as of yet. If the reaction from the audience isn’t strong enough, then I won’t be able to reach my own goals I’ve been praying every day for it to be more popular.

Dengeki G’s magazine: Anything you want to say to your fanbase?

Maeda: I myself haven’t seen episode 13 yet, so I can’t say “This was a fine piece of work.” as of yet. But the production members are trying their hardest every day so I do believe that the day I can say this will come. It will make me very happy if people can stick with this show until the very last episode.

We’re already halfway into Charlotte, but this interview seems to imply that we have a lot more to look forward to than what we’ve been shown so far. As a supportive part of the Key fanbase, we would like to implore all of those who are currently watching Charlotte to follow Maeda’s request and stick with this until the very last episode. And for those who aren’t watching it, well, what are you waiting for? You can check it out on numerous streaming services, which we have outlined on our Charlotte info page.