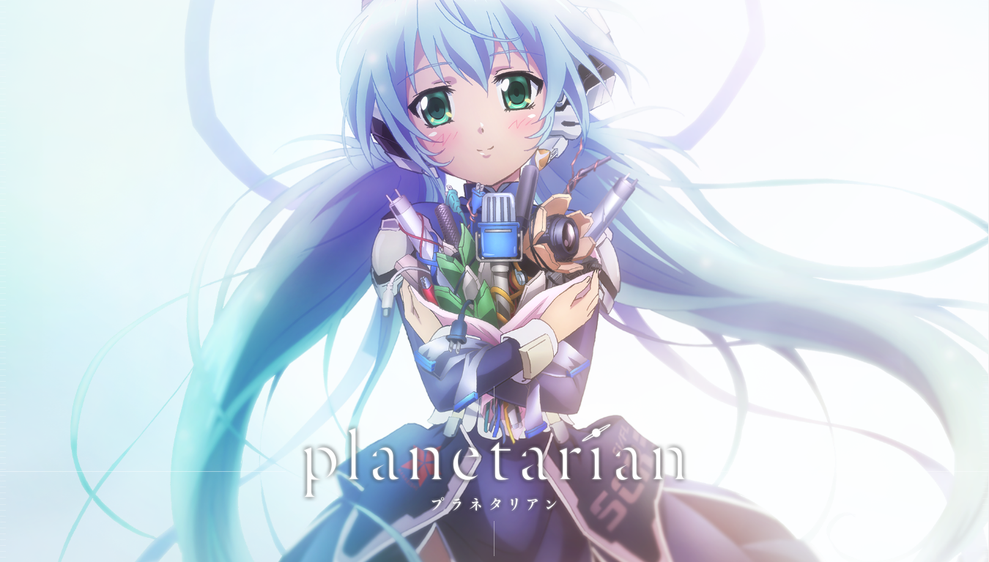 Today, September 3, marks the premiere date of the long-awaited planetarian ~Hoshi no Hito~ film. This a full feature-length film shown in theaters across Japan! It’s been a while since Key’s last feature-length film, what with the CLANNAD movie back in 2007, but they’re back, and better than ever!

If you ever find yourself in Japan anytime this month, you can catch it on select local cinemas, a list of which can be found on their website. What’s more, if you come during the first three weeks of screening, you could even get some bonus items by participating! Specifically, the first week will net you a postcard with a link to a recording by Yumemi’s voice actress, Suzuki Keiko; the second week will net you a mini signed shikishi; and the third week will net you a small roll of film, with a scene from the movie on it. They even have special cinema-sold goods up for grabs!

Unfortunately, no plans have been announced for overseas screening, neither have there been any for a blu-ray/dvd release, so all you fans outside of Japan are going to have to wait a while. In the meantime, if you’d like to know more about the film from people who have had the chance to see it, head to the discussion topic on our forum!