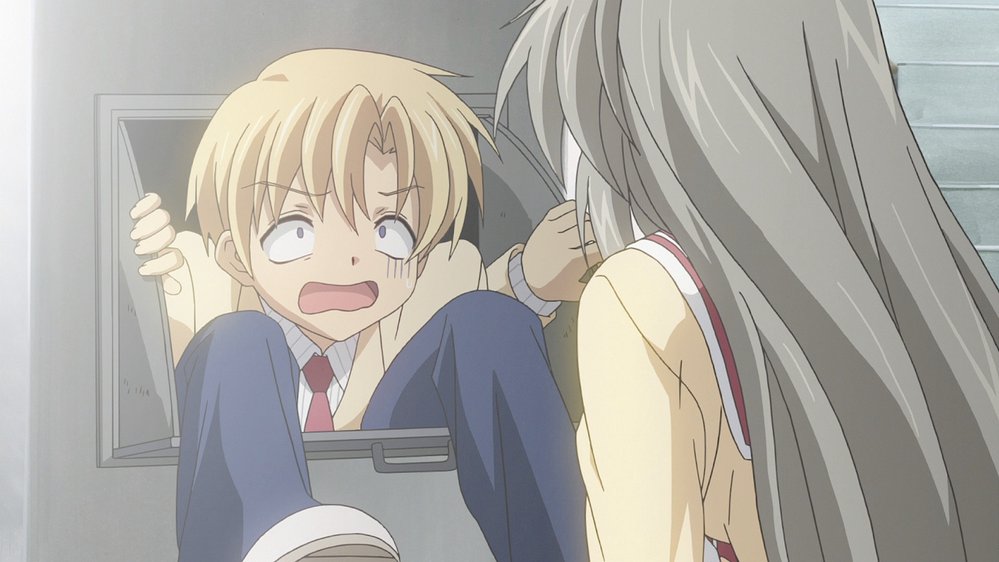 Seems like half the internet is having heart palpitations after the “announcement” that a new CLANNAD project is scheduled to be announced at Anime Japan 2017. The source of the news cited is the Anime Japan list of traders, which features CLANNAD as one of the booths. If I may offer my humble opinion, these rumors are completely unfounded, and everyone is getting caught up in a wave of hype over something that never existed.

Yes, there will be a CLANNAD booth at Anime Japan. There will also be an Angel Beats! -1st beat- booth, a game which has been out for over a year and awaiting a sequel. There will even be a Little Busters! booth; a series which has been completely finished for a while now. And well, you can look at the full list, there’s lots of stuff on there. What does a franchise being featured in a booth tell us? Absolutely nothing. Yet for some reason, people have started declaring to the skies that a new CLANNAD project is coming. Some people speculate that it might be a second season or an OVA for the Anime. Some speculate a Tomoyo After Anime adaptation. Others are saying that it might be a remaster of the classic visual novel, or a new Blu-Ray Box. Well, let’s start from the top.

Is it a new anime? Very unlikely. Kyoto Animation have no relationship with VisualArt’s/Key to speak of today. Nothing Key related has come out of KyoAni them in a very long time. Sure, Angel Beats! received the Hell’s Kitchen OVA recently, but that was PA Works, not KyoAni. PA Works also did Charlotte recently, so it makes a lot more sense to see them working with Key again. The chances of this being anything new for the CLANNAD Anime are slim to none.

Is it a Tomoyo After Anime? Absolutely not. While sharing the same characters and setting as CLANNAD, Tomoyo After is a completely independent brand, and it wouldn’t be credited as a ‘CLANNAD’ booth. If it were, it would be a Tomoyo After booth. What’s next…

Is it a remaster of the VN? Well, this is an odd thing to propose, since CLANNAD recently received a HD remaster on Steam, with an updated soundtrack to booth. However, this hasn’t seen a JP release yet, so either that or a PS4 release are definitely a possibility for the future. However, this is Anime Expo, not a visual novel expo, so I find it unlikely that they’d make a visual novel announcement at this time.

Is it a new artbook? Proooobably not. If you didn’t hear, Itaru Hinoue has recently retired from Key, so we won’t be seeing any new art from her, and I already explained that KyoAni has no relationship with VisualArt’s either, so the only thing we could be receiving would be a compilation of old art or something from different artists. Both of these seem unlikely to me, since we just had the CLANNAD 10th anniversary art book two years ago.

Honestly, the idea that a booth equals a new announcement doesn’t make sense to me to begin with. I think, the most likely explanation is that there is no new project at all. Why would they suddenly do a booth for CLANNAD then? Two reasons.
1. It’s the 10th anniversary of the anime, and VisualArt’s want to cash in on that. How?
2. By selling dangos. Remember how VisualArt’s have started selling those Dango plushies online in Japan and selling out really fast? I think VisualArt’s has seen the perfect opportunity to sell a bunch more, and are taking them to Anime Japan. Of course, I’m sure you’ll be able to purchase some other stuff there like the aforementioned CLANNAD Art Book, Blu-Ray boxes of the Anime and other assorted goods. But the chances of anything new being announced here are very slim, and I ask that our readers please stop spreading around these baseless rumours. I think everyone is just a little on edge after a Code Geass sequel was announced. But come on, can’t you focus just a little bit of that unfounded excitement on the possibility of a new Little Busters project? Anybody? ;_;

But hey, that’s just my opinion. I could be wrong, and if I am I apologise! But I really don’t think there’s any reason to get excited about this booth. For better or worse, CLANNAD is finished. Unless you count that new Anthology Manga that was released with the CLANNAD English Kickstarter. How cool was that?

Let me know what you think of the matter in the discussion below! And let me know if you’d like to see more opinion pieces like this in the future. It’s nice to take a break from writing news to publish my own thoughts once in a while.