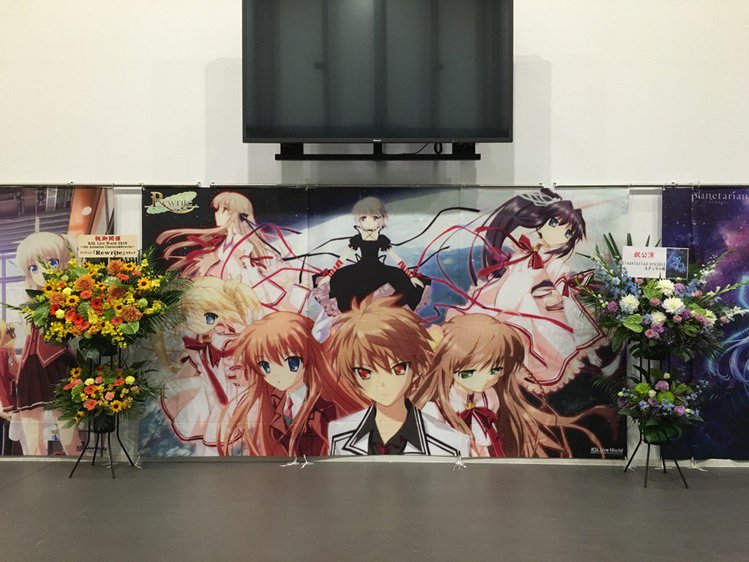 KSL Live World 2016 has just finished, and we got some pretty cool news announced during the event (which was simultaneously announced on the Rewrite Anime official twitter). And guess what? The opening and ending themes for the upcoming Rewrite anime have been confirmed!

As many of you may have expected, “Philosophyz,” by Mizutani Runa, will be returning as the opening for the Rewrite anime. But not just any Philosophyz! A special, TV animation version will be used, and from what we heard at KSL Live, it has a lot more intense guitars to it. I hope you all enjoy it.

The ending, however, was something unexpected. Instead of choosing from the numerous ending themes available in Rewrite, they opted to use the ending from Rewrite Harvest festa, “Sasayaka na Hajimari,” also by Mizutani Runa. This isn’t a very popular song because not many have actually read Harvest Festa yet, but it is nonetheless an amazing song, and very fitting to be used as the ending to the anime.

And a special bonus revealed at KSL Live World: A new song composed by Jun Maeda will be featured in the Rewrite anime! “End of the World,” performed by Anri Kumaki, who also performed the insert song from Charlotte, “Kimi no Moji”. It’s exciting to see a new Jun Maeda composition in Rewrite, and from what we’ve heard so far, it seems a lot closer to his Girls Dead Monster/How-Low-Hello types of composition. How will they fit that kind of song in Rewrite? Only one way to find out!