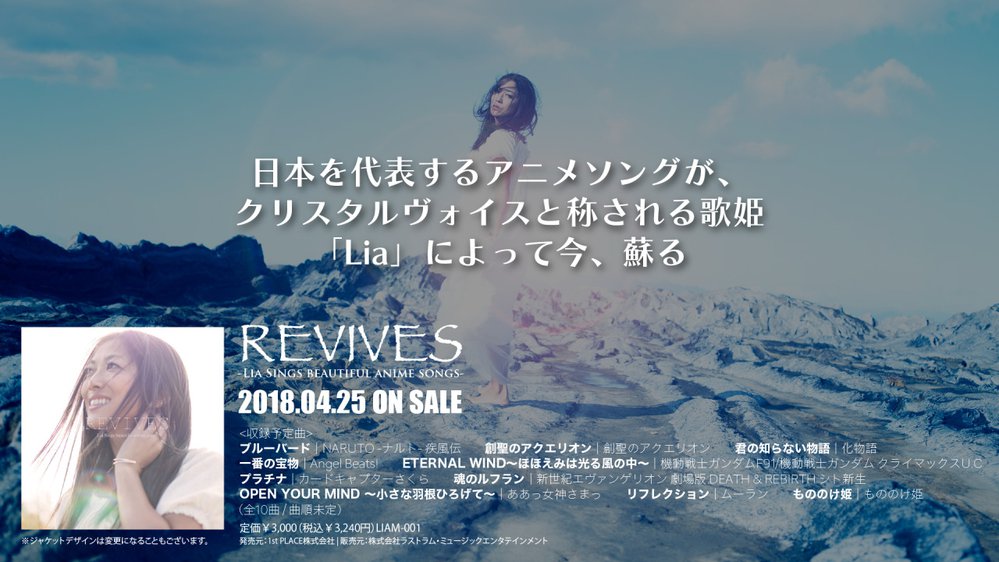 This guest article was brought to you by forum member Mitsuna. Thanks Mitsuna!

Earlier today, Lia announced via her Twitter that she will be releasing a new album!

For the first time, Lia is releasing a cover album which contains a variety of anime songs ranging from Naruto to Card Captor Sakura and even Angel Beats!

The album will contain ten anime song covers, all which have been listed in the announcement video, and is released under Lia’s label 1st Place. It has been quite a while since we had a new Lia album, whilst Lia’s singles and songs written with other composers have been recent, her album work has been quiet for a long time.

Her music career slowed down a little due to her lifestyle and family so it is a wonderful surprise to see an album with 1st Place after so long. 1st Place have updated Lia’s page which all of the information about the album that is available so far:

The release date is April 25th 2018 with the price being 3240 yen, and the cover boasts a lovely image of Lia herself. A full Lia album like this has not been seen since 2011, the last one being “Enigmatic Lia 4 -Anthemnia L’s core”, therefore this news is incredibly exciting!
What are your thoughts on this album? I am sure these songs hold nostalgia for many of us here.