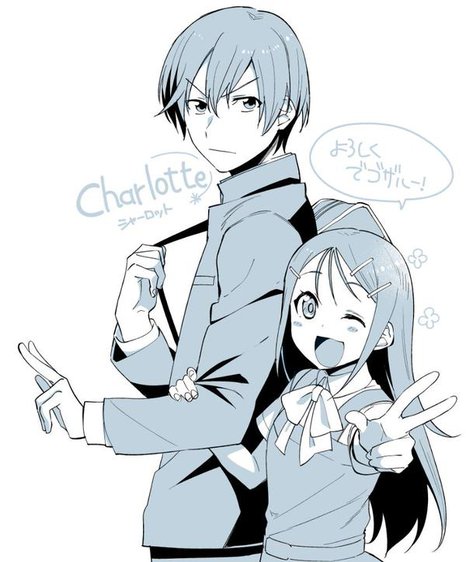 Dengeki G’s has just announced the release of a brand new Charlotte manga! This manga is described as an original, “comicalized” version of the Charlotte anime. As such, we’re expecting it to have a few significant differences from the anime, while still staying true to the Charlotte universe!

The new Charlotte manga will be illustrated by Shin Ikezawa and Yuu Tsurusaki, both of whom are fairly new in the manga scene, but show promising skill! The manga will have a pre-serialization chapter released in Dengeki G’s Comic Vol. 16, to be released on July 30, 2015, and a full volume is slated for release on August 27, 2015, published by Dengeki Comics.

Even more Charlotte has been announced, and we are currently, as of the time of this article, less than 24 hours away from the broadcast of the first episode! This manga will be sure to give us Charlotte fans even more to enjoy during, and even after the broadcast of the anime, so I hope you are all looking forward to it!