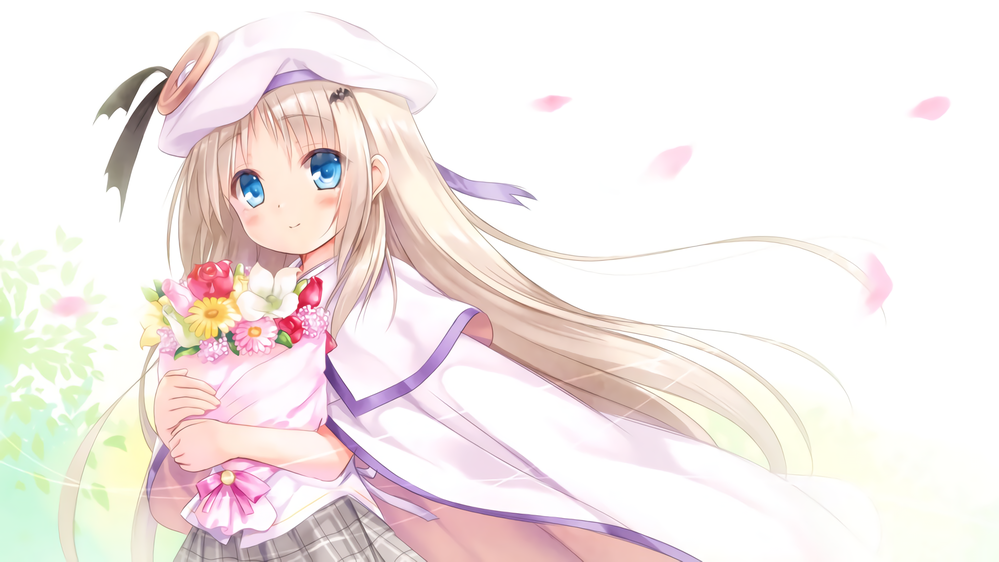 We now have an international crowdfund for supporting the localization of the Kud Wafter animation. You can check out the page over here. We feel it’s very important for us to mention that, if you haven’t read or watched Little Busters! Refrain, you should stay away from that page. The page and promotional video casually drops big spoilers for the original.

The campaign aims to gather 3 million yen or $26,000 US Dollars over 50 days to fund the localization. Furthermore, if they gather 15 million yen or $131,000 USD, the film’s run-time will be extended. From the Japanese crowdfund, the run-time was guaranteed to be 40 minutes, and this stretch goal would push it to 60. The rewards are virtually the same as the Japanese version, but the car is off the table. Shipping is included in the pledge, but not potential import taxes which depend on your country of residence. Some of the most extravagant rewards include being named in the credits, staff signed manuscripts and custom drawn illustrations by Na-Ga.

If you haven’t kept up with our coverage of the Japanese crowdfund, we’ll recap the information we have as now. Kud Wafter will get a 40 minute animation released in Japanese theaters and on blu-ray. It will be produced by J.C. Staff with the director and other staff from the Little Busters! anime making a return. Storywise, it will be an original “What if” scenario centered around Kud. The project’s PV shows a hint of the Kud Wafter game scenario but also the Little Busters! cast who were largely absent in the spin off. The expected delivery for the Blu-ray is Fall 2019, at least for the supporters of the crowdfund.