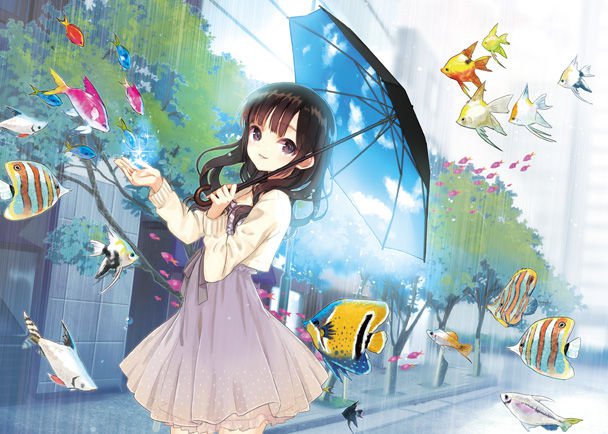 On April 1st Key Visual Arts announced the latest album to be published by Key Sounds Label. The album will be directed by Shinji Orito, and the vocals will be provided by Kitazawa Ayaka, the singer of the Little Busters! Refrain ending theme “The Things I Lost with You.” Currently there are 11 tracks planned for recording.

Throughout the month of April, Key Sounds Label will be asking for donations towards this new album project via MotionGallery: a Japanese crowd funding website similar to Kickstarter. If they receive the goal amount of ¥1,000,000 then the album will be produced!

Why are Key asking for donations? They need 4.6 million to bring this album to realization, but it seems that they are a million short~ A full breakdown of the costs can be found at the end of this post.

Here’s a run-down of the rewards offered to backers.

If you’re interested in donating, the KAKEXUN team wrote up an English tutorial for Motion Gallery here: http://www.kakexun.asia/flow-en.html

Keep in mind that you’ll have to cover shipping and handling costs yourself.

The project has almost hit it’s million yen target in a single day, so it looks like a new Key album will be coming our way soon! Let’s hope Kitazawa-san has a successful career!

For all of those intrigued by the costs of album creation, here is a breakdown of where the money goes.