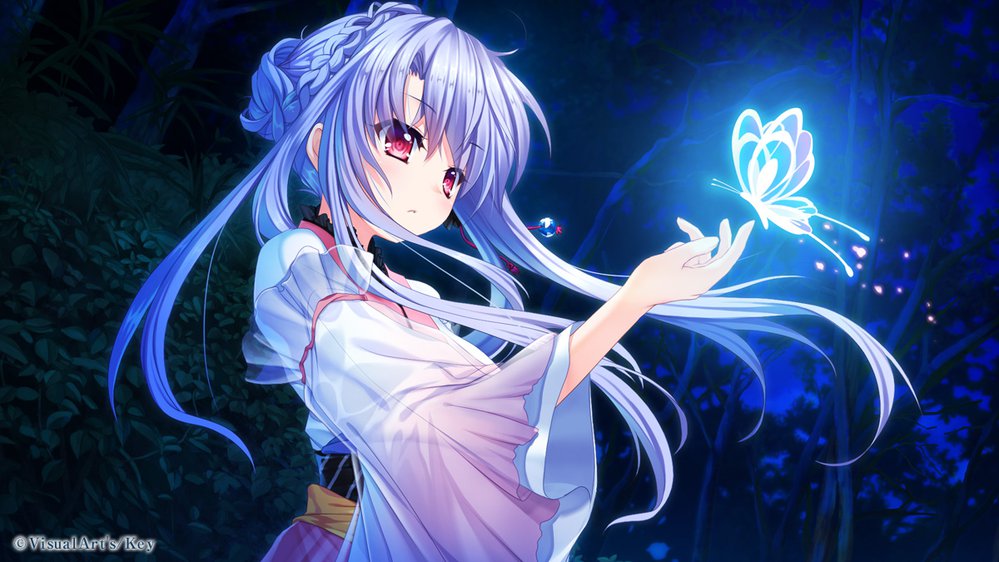 Dengeki G’s May issue which released on March 30 has provided us with a few more short story extracts of Summer Pockets, but more importantly the heroines’ casual outfits! (I love my pirate waifu, but Ao is miles ahead of the pack on this one.) We also have confirmed that the June issue which releases May 28 will feature a Summer Pockets cover as well as new information and CGs etc; we’ll keep our eyes peeled. Now, onto the pages! (Scans by Moetron News). 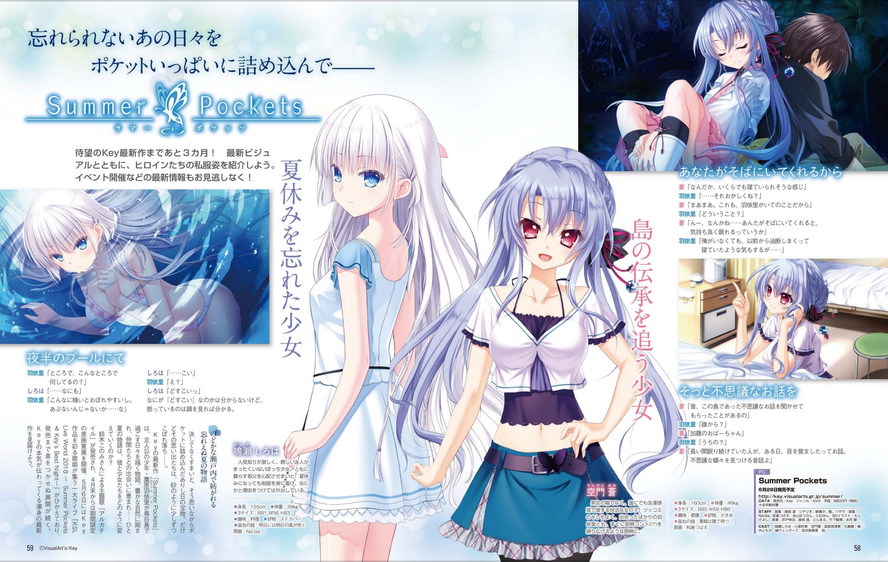 The Pool at Midnight
Hairi: “So, what are you doing out here?”
Shiroha: “…Nothing.”
Hairi: “But it’s so dark and easy to drown, isn’t it a bit un…safe.”
Shiroha: “…koi.”
Hairi: “Huh?”
Shiroha: “Dosukoi!”
I’ve no idea what she means by that, but she clearly looks angry.

With You by My Side
Ao: “It kinda feels like I could sleep forever.”
Hairi: “…That’s a bit weird.”
Ao: “Come on, it’s just because you’re here.”
Hairi: “What do you mean?”
Ao: “Hmm, like…I guess I can sleep comfortably when you’re by my side. ”
Hairi: “I’m pretty sure you just dozed off wherever even before I got here…”

A Sudden Fairy Tale
Ao: “You know, I was once told about this old island legend.”
Hairi: “Who’d talk about that kinda stuff?”
Ao: “Old lady Kato.”
Hairi: “My grandmother?”
Ao: “It was about someone who woke up from a long sleep and found a mystic butterfly.” 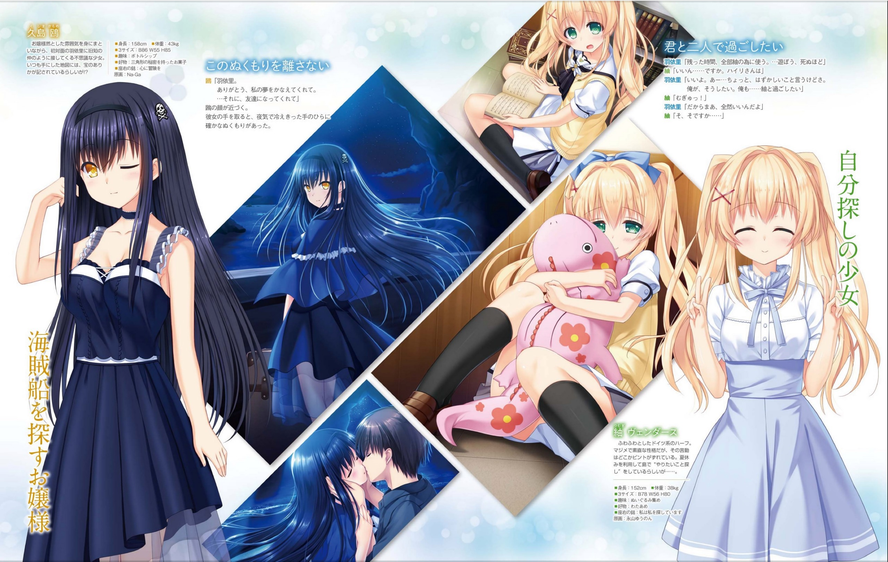 Hold onto This Warmth
Kamome: “Hairi,”
Kamome: “thank you for fulfilling my dream”
Kamome: “and for being my friend.”
Kamome’s face drew closer.
With my fingers chilled by the night air, her hands were truly warm.

I Want to Be with You
Hairi: “So with my remaining time, I‘m gonna spend it with you, Tsumugi. …Let’s play till we drop!”
Tsumugi: “Is that…okay, with you?”
Hairi: “Yeah. Umm, this is kinda embarrassing but…”
Hairi: “I want to do this. I want…to be with you too.”
Tsumugi: “MUGYU!”
Hairi: “So it’s totally okay!”
Tsumugi: “Tha, that’s nice…”