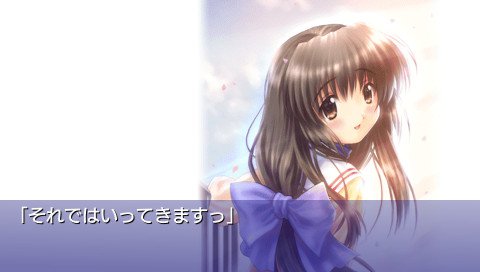 We have some very big news to share today! Just now, Sekai Project have updated backers of their Kickstarter with official confirmation of the stretch goals put in place! And better yet, the first of them has already been reached! The total amount sits at just under $240k at the time of posting.

This is definitely the one idea our community seemed most excited about. Sekai Project have confirmed that they’ve managed to acquire HD assets for the release from the PS3 version of the game! To be exact, VisualArt’s/Key has provided 1280x960 graphics, but Sekai Project are looking at having them changed to 1280x720 for proper widescreen support. What do you think about this decision, which would you prefer?

It appears many didn’t even know what this was until recently (myself included), but this is a big deal! CLANNAD - Hikari Mimamoru Sakamichi de started off as a series of Drama CDs, but was later adapted into a short visual novel by Prototype for release on PSP, and later released as DLC for the PS3 version of CLANNAD. It includes eight short stories revolving around the main characters with full voice acting and art by Goto-P. You can add $25 or $30 to your pledge to add-on the digital or physical versions to your order respectively. But keep in mind that you won’t get it for sure unless we reach the stretch goal first! You can learn more about the PSP game here.

That’s right! With $380,000, we will be receiving an all new CLANNAD anthology manga which will be released in the West before it even gets released in Japan! This isn’t just localisation anymore, this is new, exclusive content! We don’t have a lot of details about it yet, but this is very exciting to think about! You can add $12 or $15 to your pledge to add-on the digital or physical versions to your order respectively. And also, anyone who pledged $1000 or more will receive both of the stretch goal rewards automatically.

And on that note, Sekai Project plans to unlock 5 more $1,000 tiers. These will probably be very hard to grab - I can imagine each selling out in under 60 seconds. If you’re eager for that $1,000 tier (looking at you Biz), then you’re going to need to keep your eyes peeled! Best of luck to anybody who is going after them! And lastly, paypal support is going to be added to the Kickstarter.

So, this is pretty massive news right? It all happened while I was taking a shower, so I apologise for being over an hour late with this, hahaha~! If you haven’t supported the Kickstarter yet, now’s the time! It also might be worth considering adding the stretch-goal rewards to your tier early, just to help the total reach that number. So, what do you think of the stretch goals? Are you happy with them?

Oh, and before I forget, Sekai Project just opened up a forum for trial. If it looks similar to our own forum, that’d be because it’s also running on Discourse! Might be worth popping in to say hi!