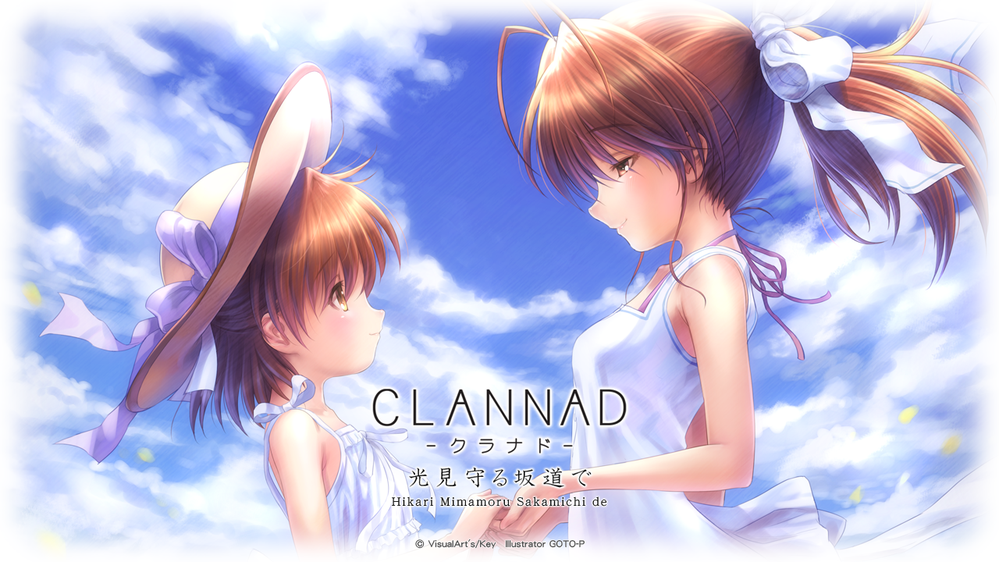 CLANNAD -Hikari Mimamoru Sakamichi de- is due to release very soon on Steam! Our friends at Sekai Project were generous enough to provide us with the opportunity to try it out before release, so I’m here to give you all a sneak peek, along with some of my own impressions of the software. Keep in mind though, if you want to go in completely blind, there will be minor spoilers in this preview. Don’t worry though, I’ll be gentle.

CLANNAD -Hikari Mimamoru Sakamichi de-, translated as ’On the Hillside Path that Light Watches Over’ or otherwise known as CLANNAD Side Stories, originated as a series of short stories published in Dengeki G’s Magazine with illustrations by GotoP a few months after the first release of CLANNAD in 2004. It was later adapted into various formats including manga, drama CDs, and eventually as game software combining the voice drama with text and illustrations from the novels and illustrations from the novelization. This release of CLANNAD Side Stories was first announced as a stretch goal for the CLANNAD Kickstarter, and was developed as a combination of the two PSP games and recreated for PC in 720p HD graphics. 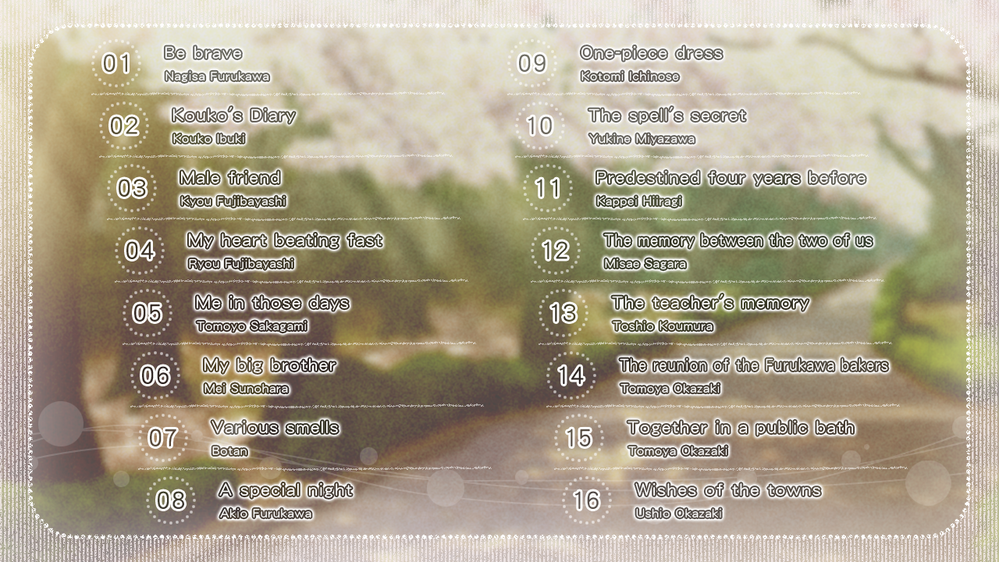 The Steam release features all 16 side stories, each focusing on a different character from the series. Even Botan gets his own episode! Each episode is approximately 20 minutes long, so you can almost treat this like watching an anime series. You can pause at any time, but there’s no way to speed up or rewind the action; instead you’re limited to a selection of chapters to skip through.

Majority of the stories are narrated through the perspective of the focal character, allowing the reader insight into the inner workings of each characters’ mind. It’s refreshing to be able to see things outside of Tomoya’s perspective for once, but what’s also interesting is that Tomoya is fully voiced in these stories! Here, Tomoya is voiced by Kenji Nojima, who may feel unfamiliar to fans of the anime, but you’ll get used to him pretty quickly. 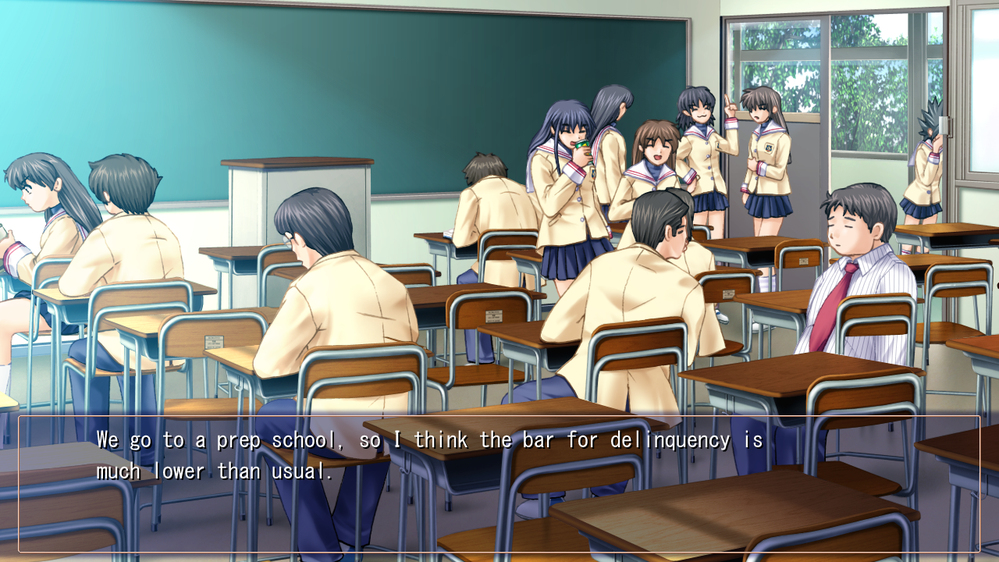 One plus this sound drama format has over the visual novel is that voices are often accompanied by lots of background ambience and sound effects to illustrate what’s happening. If you were fluent in the language, you could just close your eyes and listen to the story, but I won’t pretend that GotoP’s illustrations aren’t a joy to look at! He really brings the characters of CLANNAD to life in a whole new way.

As for content, most of it requires some understanding of the events of the visual novel, and some even spoil major aspects of the story, so it’s highly recommended you finish the story before reading any of these. Each of the stories take place across different routes at different points in time, so you’ll need a keen eye to accurately determine the setting of each story. 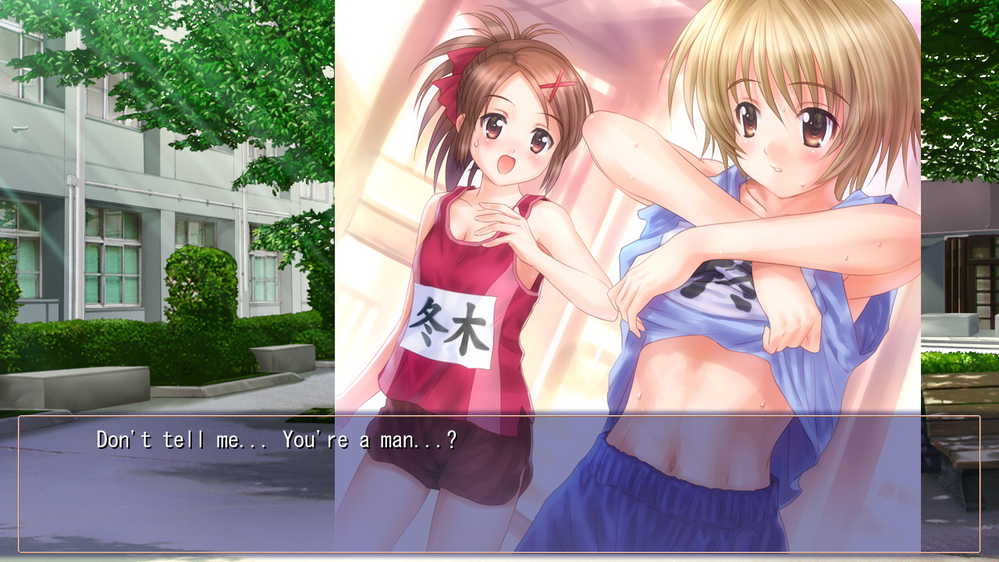 The heavy majority of the stories recount events that happened before the events of the visual novel: stuff like Nagisa’s first time as a third year student, how Kyou and Ryou developed feelings for Tomoya, what Tomoyo was like in her violent days, and some even going back as far as the youths of Misae, Akio and Koumura. There are also some side stories that take place in the future after the conclusion of a particular route.

As for how I enjoyed the side stories, reactions vary quite a lot. Some side stories I found very uneventful and boring, others I found cute and/or interesting, and some occasionally evoked heavier emotions in me. Overall, the side stories aren’t really anything on the level of the original visual novel, and while I do feel like they could’ve done more with them, I can happily say they’re a nice little compliment to the original game if you’re a fan of the VN and want to see more of your favourite characters. 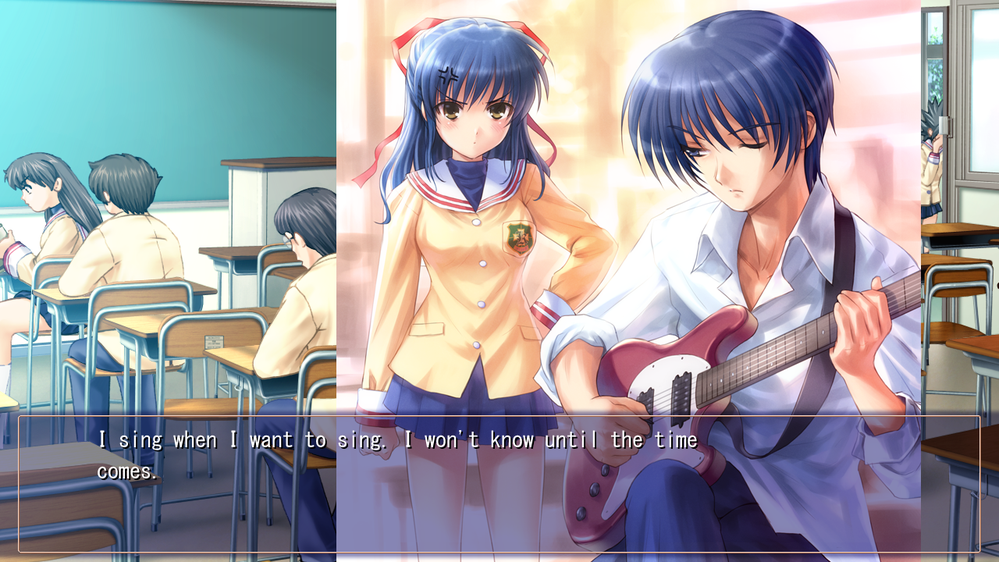 Personal favourite stories of mine include Tomoyo, Akio, Kappei, Misae and Ushio’s episodes. Ushio’s episode in particular includes some mysterious tidbits that should provide plenty of fodder for theorycrafters to play with. It’s also worth nothing that these side-stories include many original characters too; some of which are good enough that they feel like they should’ve been placed in the original game! (Fuyuki best girl!)

The wait is almost over for English-speaking audiences to finally be able to experience CLANNAD -Hikari Mimamoru Sakamichi de- in their own language! It’ll be released on Steam for purchase as a standalone title, and distributed to those who pledged for it on the Kickstarter. If you’re hungry for more exploration of the lives of your favourite CLANNAD characters, then these side stories are sure to scratch that itch. Once the software launches, you can check our CLANNAD General Discussion topic for links to individual discussion topics for each side story, where you can let us know what you think of each of them! Hope you enjoyed this little preview guys! 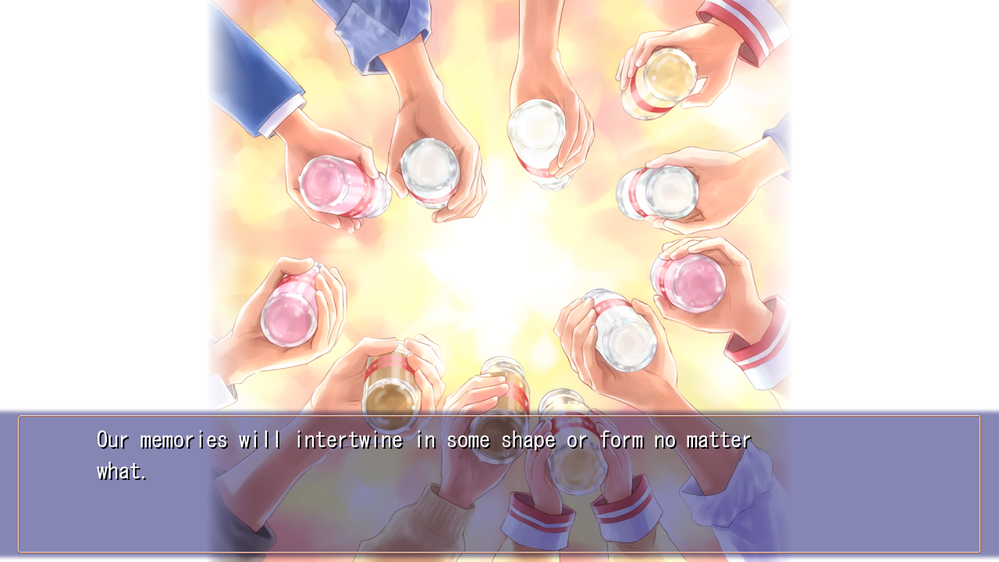