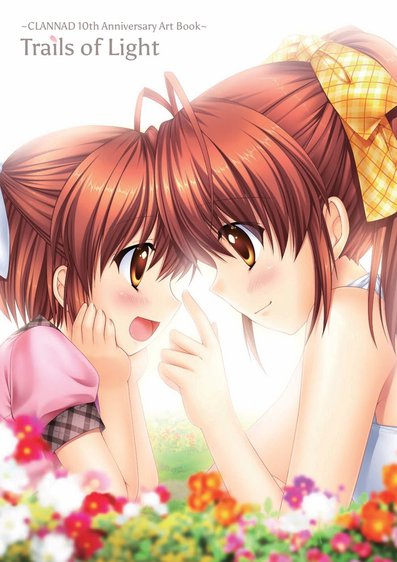 First up, with Kickstarter update #53, is the release of the digital copy of the CLANNAD 10th Anniversary Artbook! This book is given free to all Kickstarter backers that ordered the physical copy of the game. Fans who ordered should have already received an e-mail via Backerkit with a link to the PDF download of the book. And in case you’re wondering, yes, this is exactly the same as the Hikari no Kiseki artbook released a few years back. As this is released by Sekai Project, it is fully translated, even including the short stories at the end of the book!

And next, with Kickstarter update #54, is the announcement of a digital release of the anthology manga! Up til now, this manga was only available physically to backers who ordered it with their Kickstarter pledge; leaving the rest of us waiting and wanting. Well worry no more, as Sekai Project has announced that they’ve received permission to sell this anthology manga and the previously mentioned 10th anniversary artbook on Steam! Fans who ordered digital copies should be receiving their Steam keys by Friday, according to the update.

You can read the update for yourself here: https://www.kickstarter.com/projects/sekaiproject/clannad-official-english-release/posts/1832888

EDIT: There has been another update! Sekai Project have announced that Steam trading cards for CLANNAD will be arriving tomorrow, the 30th of March! Great to see them finally delivering, the wait has been too long! And of course, trading cards means Steam emoji and profile backgrounds! Be sure to let us know what cards and rewards you get and if you wanna trade with anyone in our forum topic!