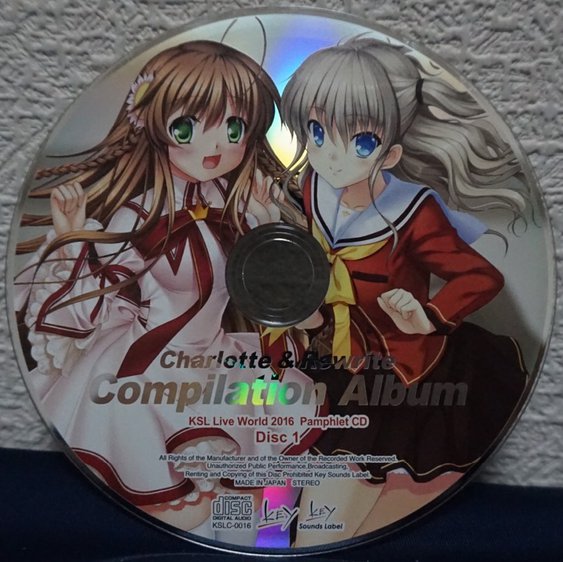 KSL Live World 2016 has just ended a few days ago, and with it, the release of the KSL Live World 2016 Pamphlet. Of course, as is the norm with the KSL Live World pamphlets, this one came with a special remix CD with songs from both Charlotte and Rewrite, in celebration of the live event! The CD, entitled “Charlotte&Rewrite Compilation Album”, was produced by Shinji Orito and Tomohiro Takeshita, in cooperation with ARTIST CROWD, a Japanese music crowdsourcing platform. The tracklist is as follows:

After listening to the Charlotte&Rewrite Compilation Album, I gotta say, it has quite a lot of unique remixes, most of which are pretty good! Definitely worth checking out, if you have the chance; especially the Rewrite -Eros Latin Remix-. Have you guys heard it yet? What do you all think of these new remixes? Let us know in the comments section below!